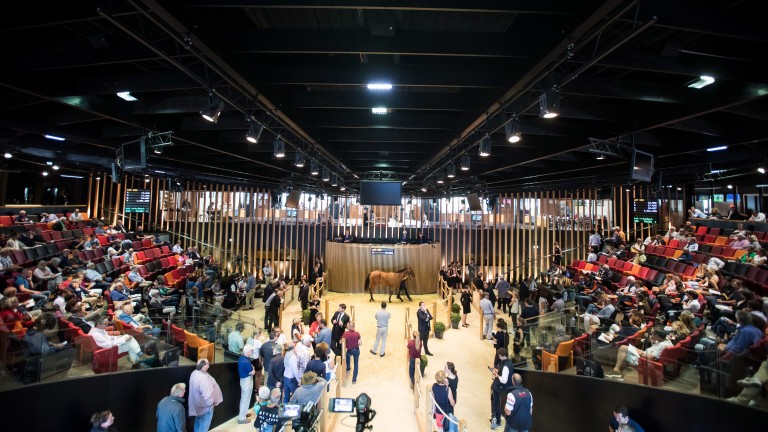 Three very promising horses in training have been added as wildcards to the catalogue for the two-day Arqana Summer Sale, that begins in Deauville on Tuesday, July 3.

From Nicolas Clement's yard comes the three-year-old gelding Staking (Lot 380), who powered to an impressive win on Thursday at Longchamp on his first start in handicap company, having previously run nicely in maiden races. The progressive son of Stormy River is out of a daughter of Linamix from the family of Green Dancer.

The three-year-old AQPS Frere Tuck (400) is trained by Philippe Chemin and Christophe Herpin. The son of Secret Singer made a winning debut on Wednesday over 2,500 metres on the Flat at Argentan.

Offered by Guillaume Macaire, three-year-old gelding We Run The Night (420) won easily on his hurdling debut over 3,400 metres at Nancy on Monday. The son of Sri Putra is out of a half-sister to Quick Davier, a Grade 2 winner over fences.