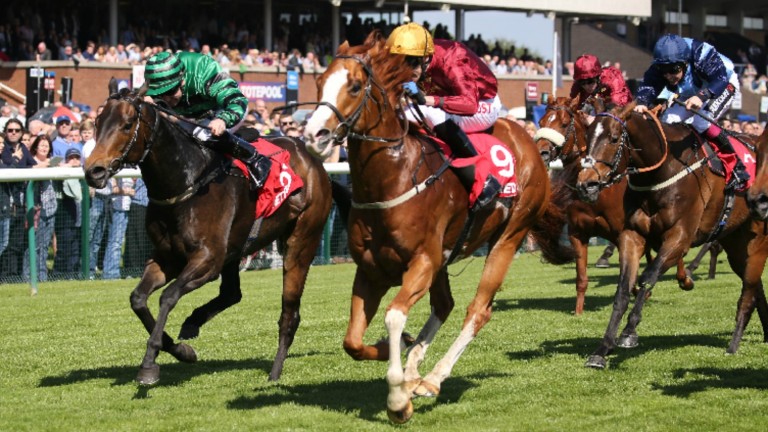 Pearl Secret (near side) won the Temple Stakes at Haydock
Joh Grossick
1 of 1
By Bloodstock World Staff UPDATED 2:52PM, MAR 6 2021

The seven-time winner for David Barron, who took the Group 2 Temple Stakes and was placed in the King's Stand, had been set to stand for another season at Chapel Stud for a fee of £3,000.

A son of Compton Place, Pearl Secret produced winners around Europe from his first racing crop last year and joins Forever Now and Sogann on a roster which lost its most famous name, Pastoral Pursuits, only a few days ago.

Richard Lingwood said in a statement: "After the sudden and unexpected death of Pastoral Pursuits at the beginning of the covering season we are now in the position to announce that Pearl Secret will be joining our stallion ranks.

"As a consistent five-furlong stakes winner, we believe he is the perfect complement to our existing line-up and will meet the needs of many of the local trainers."

Yearling market on the rise - so will stallion fees follow suit?

FIRST PUBLISHED 11:07AM, MAR 5 2021
We believe he is the perfect complement to our existing line-up and will meet the needs of many of the local trainers