Starspangledbanner hails from one of the most successful families in Australia 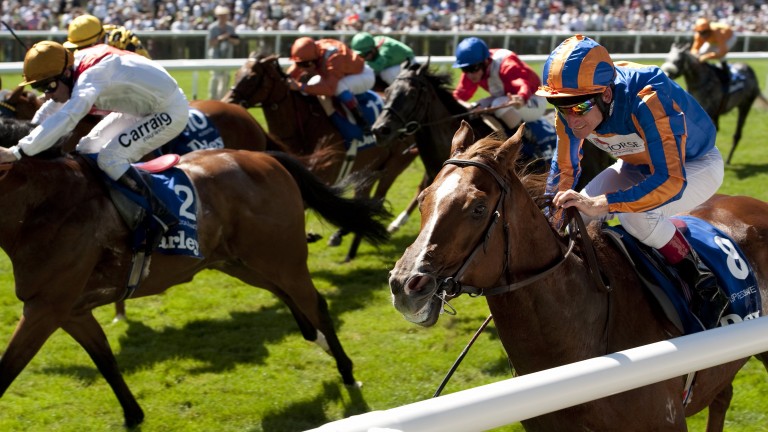 This article was first published in July 2010

Choisir was not quite a trailblazer when he came from Australia with designs on some of Europe's top prizes - those with long memories recalled Balmerino and Strawberry Road, both of whom ran here with great distinction and alerted us to the fact that stars down under could be competitive in our Group 1 events.

But those earlier challengers had come to target the top middle-distance races, whereas Choisir represented the new order in Australian breeding, which had become speed-obsessed and was apparently producing sprinters and milers of outstanding quality.

As he had been beaten in his last three races before his arrival in Britain in the spring of 2003, we did not have to believe the propaganda, but in a few short weeks he convinced us of his merit and, moreover, instigated a trend which has resulted in successful visits by the likes of Elvstroem, Haradasun and Starcraft, and now one to perhaps eclipse them all in Choisir's son, Starspangledbanner.

Carrying a penalty for his Group 1 win in the Lightning Stakes at Flemington, Choisir seemed to have been set a tough task in the King's Stand Stakes (then a Group 2) and was easy to back at 25-1, but he made all and was just pushed out to hold Acclamation and Oasis Dream, the best of his 19 rivals.

Punters took him more seriously when he turned out again four days later for the Group 1 Golden Jubilee Stakes, but at the still-remunerative odds of 13-2, and once more he made virtually all, winding up with half a length to spare over the hot favourite, Airwave.

The original plan was for Choisir to stay only for Royal Ascot, but he was entered in the July Cup and second thoughts prevailed. This time he was favourite, and he was soon at the head of affairs, but he could never quite shake off Oasis Dream, who collared him at around the furlong-marker and held him at bay by a length and a half.

Choisir lost no caste in defeat. At Newmarket, as at Ascot, he was obliged to carry the weight allotted for a four-year-old, though in southern hemisphere terms he was still only three and would not reach his actual fourth birthday until September 18. 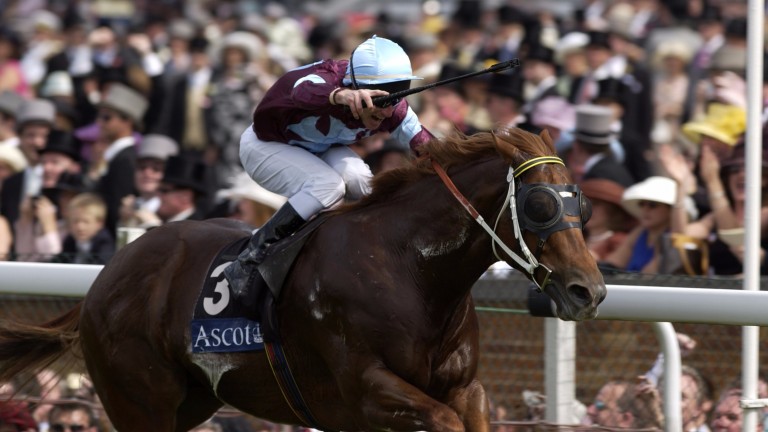 By that date Choisir was well into his first season as a stallion at Coolmore Australia, covering a book of 158 mares, and in the following northern hemisphere spring he was active at the Tipperary branch of the same operation, where he served a book of 161.

He continued to cover in both hemispheres until 2009, the year when he had just 75 visitors in Ireland, but was more popular than ever in his home country, covering 227 mares at his highest-ever fee there of A$35,750.

Choisir was always rather hard to fancy as a prospective major sire in Ireland, not least because the distaff side of his pedigree was not just unfamiliar, but appeared to be distinctly light on class in the bottom line. Breeders would give him a chance to reproduce himself for a while, but they would soon look elsewhere if that did not happen quickly.

Unsurprisingly, the results from his seasons in Tipperary have been less than spectacular to date, but in his homeland he has provided plenty of reasons for breeders to respect him. He has become a regular supplier of stakes performers in Australia, with Starspangledbanner standing out as not just the best of them, but as arguably a better runner than his sire.

Choisir was tested at a mile, and stayed the trip well enough to reach third place in Group 1 company, but he did all his winning at 5-6f.

Starspangledbanner has a Group 1 mile victory to his name in the Caulfield Guineas, but like his sire he is more potent over sprint distances, and he notched a top-level triumph over 51/2f in the Oakleigh Plate at Caulfield in February before his transfer to Aidan O'Brien.

As was the case with Choisir, Starspangledbanner has had to carry a four-year-old's weight while still only three, and again in common with his sire he began here in Group 2 company while shouldering a penalty for his Group 1 wins at home. He finished only fifth in the Duke of York Stakes, but was beaten under two lengths by the winner and was giving weight to all of those in front of him.

Starspangledbanner skipped the King's Stand, but he followed Choisir's route after that and his performances in the Golden Jubilee Stakes and July Cup were no less impressive than those of his sire seven years ago. The 2010 versions of Britain's two top summer sprints were up to the highest standards of recent years, and the latest Aussie flying machine lived up to all the accolades bestowed on him by those who watched his work at Ballydoyle.

At Ascot he gave a dominating display to win by almost two lengths, and at Newmarket he floored another big field, mastering the lately resurgent five-year-old Equiano inside the final furlong, while another Australianbred, longshot Alverta, claimed an honourable third place.

Starspangledbanner had been advertised to stand at Coolmore Australia for a fee of A$33,000 in the coming southern hemisphere breeding season, but his debut in that role has now been happily postponed. The Nunthorpe Stakes is likely to be next on his agenda, and if he makes that date he will surely start a short-priced favourite to claim his third British Group 1 success.

When he eventually starts at stud, probably in Ireland next spring, there should be no misgivings about his breeding background; he owns a far stronger all-round pedigree than Choisir, hailing from one of the most consistently successful families in Australasia over many generations.

The family was introduced to New Zealand by the importation in 1915 of the four-year-old mare Eulogy, a daughter of 1905 Derby hero Cicero, in foal to Coriander. Eulogy produced 14 foals, of whom 13 were winners, including Commendation (NZ Derby) and Praise (NZ Oaks), and she has long been regarded as the greatest foundation mare ever imported to the Antipodes.

Underlining that point in the 21st century are Elvstroem, who won the VRC Derby, Caulfield Cup and Dubai Duty Free, and was placed in both the Prix d'Ispahan and the Prince of Wales's Stakes during his European stint, and Haradasun, whose biggest win at home came in the Doncaster Handicap before raiding Ascot for his Queen Anne Stakes triumph.

Five-time Group winner - one Group 3 and four Group 1s, including the Golden Jubilee Stakes and the July Cup

Tip-top sprint performer. More Group 1 success awaits What now? A tilt at the Nunthorpe Stakes then probably to stud.

FIRST PUBLISHED 4:39PM, FEB 6 2018
Choisir was tested at a mile, and stayed the trip well enough to reach third place in Group 1 company, but he did all his winning at 5-6f