Covering fees 2019 ON THE MOVE 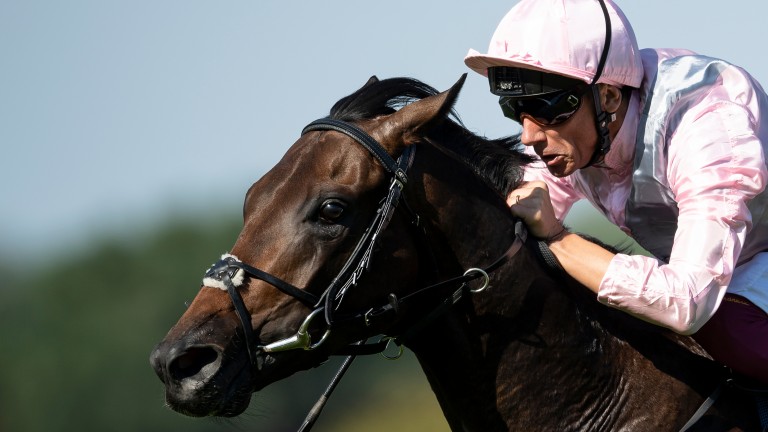 Too Darn Hot: a warm order for the Darley Dewhurst Stakes on Saturday
Edward Whitaker
1 of 1
By Martin Stevens 11:38AM, OCT 9 2018

De Treville – a son of Oasis Dream who was the first foal out of brilliant racemare Dar Re Mi, thereby making him a half-brother to exciting two-year-old Too Darn Hot – will stand at Haras du Mezeray in Normandy next year.

The six-year-old covered around 30 mares in his first season at stud in France in 2018.

De Treville was an 850,000gns Tattersalls October Book 1 yearling purchase and entered training with Andre Fabre, for whom he won and finished second in the Group 3 Prix des Chenes at two.

De Treville's principal appeal as a stallion is his pedigree, though.

Oasis Dream is a noted sire of sires, with son Showcasing ranking as one of Europe's most exciting young stallions.

Dar Re Mi, meanwhile, is a half-sister to three other Group 1 winners in Rewilding, River Dancer and Darazari, and as well as Too Darn Hot – an impressive winner of all his three starts and an odds-on chance for the Darley Dewhurst Stakes on Saturday – has also produced the high-class fillies Lah Ti Dar and So Mi Dar at stud.

A brother to Too Darn Hot – also by Dubawi out of Dar Re Mi – is expected to raise the roof when he comes under the hammer at Book 1 of the Tattersalls October Yearling Sale on Wednesday.

De Treville is the second new recruit to Mezeray this year after Taareef, a dual Group 2-winning son of Kitten's Joy.

High-class miler Taareef to take up stallion role at Mezeray

FIRST PUBLISHED 11:38AM, OCT 9 2018
De Treville is the second new recruit to Mezeray this year after Taareef, a dual Group 2-winning son of Kitten's Joy