Live Stream was a €48,000 yearing buy by Rabbah Bloodstock 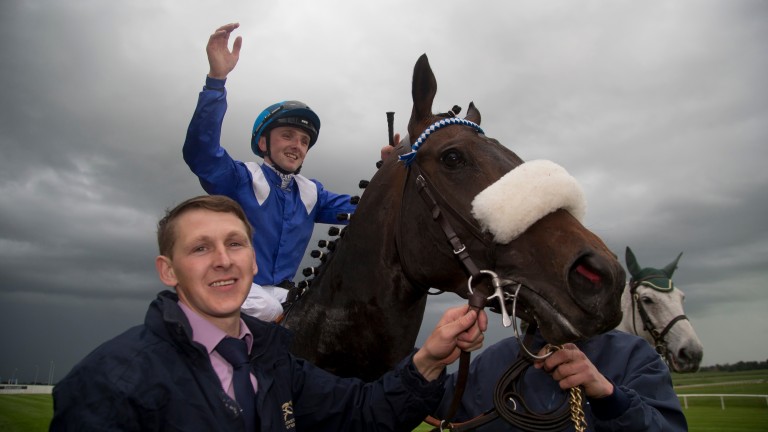 On the day that the rescheduled Tattersalls Irish 2,000 Guineas was run, Live Stream recorded a timely success that provided Derrinstown Stud's Awtaad - victorious in the Irish Classic in 2016 - with a first winner from his very first runner.

The James Tate-trained Live Stream showed professionalism as well as talent as she saw off the well-backed Mutahamisa, a daughter of Mehmas, by a comfortable length and a quarter. The late-February foal appears to have plenty of size and scope so looks sure to improve upon this debut performance.

Bred and sold by Redpender Stud, Live Stream, who carried the colours of Sheikh Rashid Dalmook Al Maktoum, was bought by Rabbah Bloodstock for €48,000 at the Goffs Orby Sale. She is the fourth foal out of Fluvial, a winning daughter of Exceed And Excel who was sold by Darley for 57,000gns in 2011. 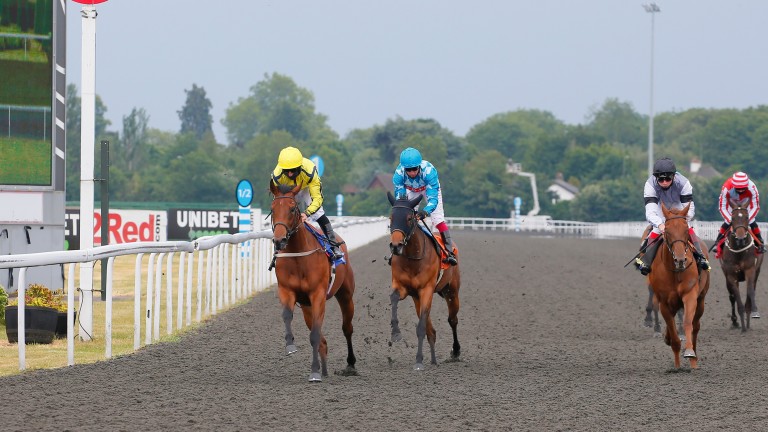 Live Stream (yellow) records a taking debut success at Kempton
Mark Cranham/Getty Images
Live Stream is a half-sister to one winner in Tivoli, a daughter of Dark Angel and a rare yearling purchase by Juddmonte who fetched 180,000gns. There is plenty of precocity in the family as their dam, herself a debut winner at two, is a half-sister to Queen Mary Stakes scorer Elletelle, who in turn is the dam of Secretariat Stakes and Cox Plate hero Adelaide.

The filly is one of 94 foals in Awtaad's debut crop, which was conceived at a fee of €15,000. Those who appeared at the yearling sales drew plenty of attention, chiefly the colt out of Dame Hester, who was bought by Sackville Donald for 350,000gns at Book 1 of the Tattersalls October Sale.

Sheikh Hamdan Al Maktoum, who bred and raced Awtaad, was typically keen to support his young sire's progeny in the ring, with his Shadwell operation signing for 11 lots by the son of Cape Cross across the foal and yearling sales.

Heading that list is a half-brother to fellow Irish 2,000 Guineas hero Phoenix Of Spain, who fetched €400,000 and has since been named Aldeenaary. A total of 55 Awtaad yearlings sold at last year's European auctions, bringing an average of £74,110. 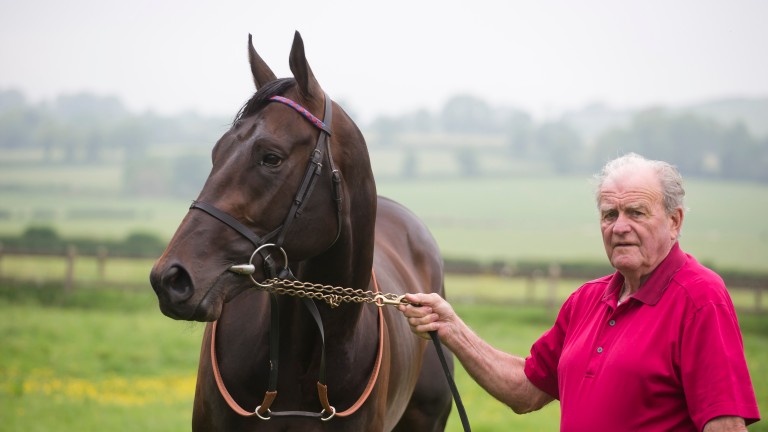 Kevin Prendergast with Irish 2,000 Guineas winner Awtaad at Friarstown Stables
Patrick McCann
Among Awtaad's debut crop are the likes of Mohjatty, a half-sister to Taghrooda, and an unnamed half-brother to Blond Me.

Awtaad is the first foal out of Asheerah, a Shadwell homebred daughter of Shamardal whose other two winners are Alghabrah, a Group 3-placed daughter of Tamayuz, and Aneen, a Listed-placed filly by Lawman.

Asheerah is a half-sister to Aaraas, dam of Derby runner-up Madhmoon, and further back it is the family of Seattle Slew, Lomond and Seattle Dancer.

Awtaad ran nine times for Shadwell and Kevin Prendergast, winning five races, with his Irish 2,000 Guineas success supplemented by scores in the Group 2 Boomerang Stakes and the Listed Tetrarch Stakes. He was also successful at two, winning a 7f Leopardstown maiden in late October.