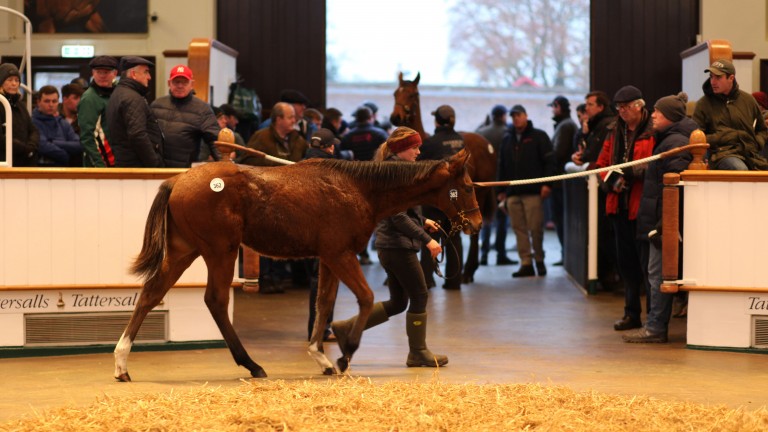 Top lot: the Time Test colt out of Wild Mimosa draws a crowd of bidders before selling to Redpender Stud for 75,000gns
Laura Green
1 of 1
By James Thomas, Sales correspondent 6:49PM, NOV 24 2021

An array of 'car park full' signs on the way into Park Paddocks foretold a busy Wednesday at the Tattersalls December Foal Sale, and some fairly frenetic trade duly produced a record clearance rate for the curtain-raising session.

There were plenty of whispers ahead of the Time Test colt out of Wild Mimosa entering the ring, and a sizeable crowd assembled in the gangway as the Overbury Stud-consigned youngster made his entrance. After an opening bid of 20,000gns and some rapid-fire raises, it was pinhooker Jimmy Murphy of Redpender Stud who had the final say at 75,000gns.

The colt was catalogued as a sibling to three winners, including the useful pair Ghaith and Wild Hope, but his full-sister Love Interest had enhanced the pedigree further by making a successful debut in late-October. 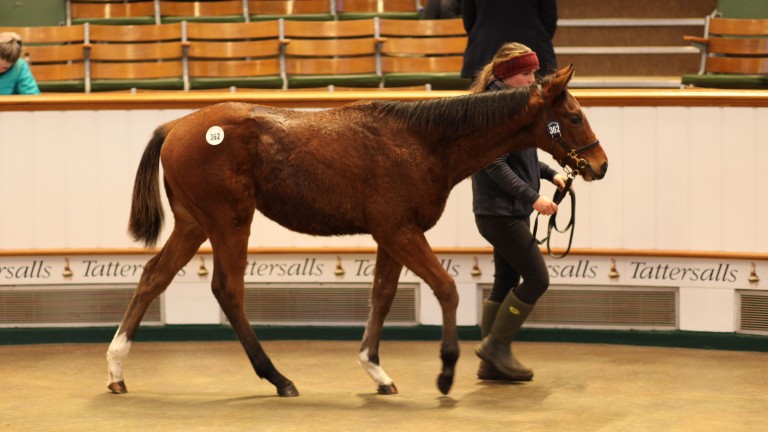 "He's a very nice horse and by a promising young sire," said Murphy. "He's a well-made horse and there's a bit going on in the pedigree so we'll hope for the best. I thought I'd get him for less than that but you've just got to keep bidding when you want one."

The National Stud resident Time Test has created a big impression with his first two-year-olds, with his 11 winners including no fewer than four black-type scorers. Results such as the Group 3 successes of Romantic Time and Rocchigiani have seen the son of Dubawi, who boasts a ten per cent black-type winners to runners strike-rate, upped to a fee of £15,000 for 2022.

Wild Mimosa is a sibling to eight winners, including Group 1 scorers Compton Admiral and Summoner, as well as The Fugue's dam Twyla Tharp, while Limato also appears under the Time Test colt's second dam.

Wild Mimosa joined the Overbury herd from Watership Down Stud in 2017, when she fetched 52,000gns from Blandford Bloodstock. Her Ardad colt foal sold for 26,000gns in 2020, before being resold through Kilminfoyle House Stud for 100,000gns to Woodhurst Construction at Book 2 earlier this year. 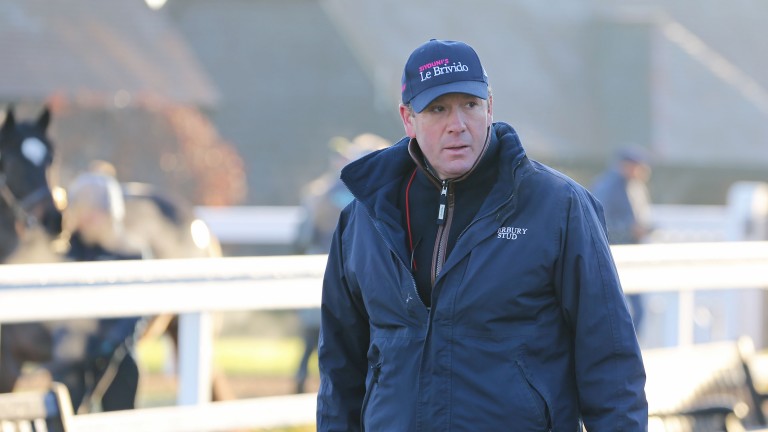 Simon Sweeting: "We should be excited about Time Test"
Laura Green

Although Wild Mimosa has a promising production record both in sales and racing terms, Overbury's Simon Sweeting explained she has not always proved the perfect mother. He said of the daughter of Dynaformer: "She's been a huge success for us, we've been very lucky with her. Although she's a mare you have to take the foals off straight away because she savages them so we have to have a foster mare organised.

"The two-year-old [Love Interest] looks like she might be okay and the mare will go back to Time Test next year. I've got a breeding right in Time Test and he's a fabulous stallion, he's got a lot further to go so we should be excited about him. It's great for the National Stud that they've got such a promising stallion."

The sire had another big result much later in the session when Michael Fitzpatrick of Kilminfoyle House Stud, signing as Good Will Bloodstock, went to 66,000gns for the colt out of Sweet As Honey from the National Stud.

"This is the first Time Test foal I've bought," said Fitzpatrick. "The stallion is a son of Dubawi and they're doing well, that's a trend that's becoming apparent. I wanted to have a Time Test to sell next year as I think his first crop of three-year-olds will go on again. This colt would be an October Book 2 type."

Rogues into a new realm

The Rogues Gallery colours of red with an inverted white triangle have been a regular sight on the racecourse in recent years, with the likes of Crimewave, Holy Kingdom and Rogue Bear all winning multiple races.

Now the syndicate, which is run by Tony Elliott and counts Vinnie Jones and Rishi Persad among its members, has branched out into the pinhooking business, with a son of Zoustar secured at 70,000gns through Billy Jackson-Stops.

The Highclere Stud-consigned colt is out of the Listed-winning Dansili mare Making Eyes, which makes him a half-brother to the smart Ascension. 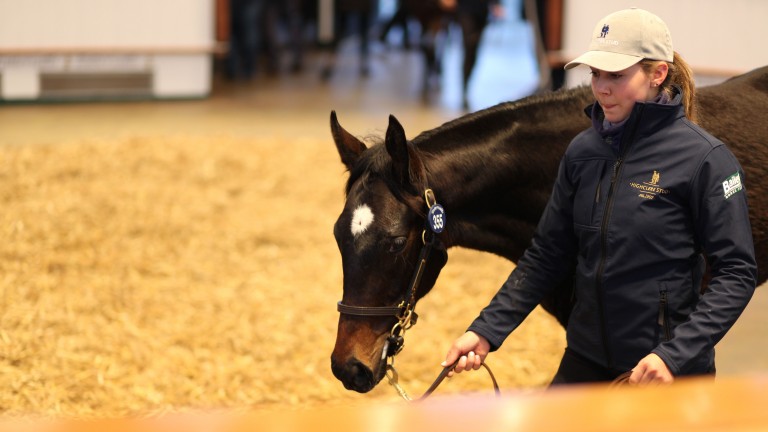 "Tony Elliott of Rogues Gallery Racing has a few owners who were interested in pinhooking so he'll be brought back for resale," said Jackson-Stops. "He's a nice horse and I was down in Australia for quite a while and I saw how popular Zoustar was down there.

"Ascension is a good horse too and we liked this colt as a physical, so if Zoustar goes the right way up here then he should be valuable for resale. He'll stay in Newmarket and be prepped here. Hopefully he'll have a bit of luck in the ring next year."

Elliott, who entered the ownership ranks back in 2008 and has had his silks carried by the likes of classy juvenile Maxentius, launched The Rogues Gallery syndicate in 2014. The group, whose horses are trained by Tom Clover and Harry Whittington, have had nine winners at a 13 per cent strike-rate in 2021.

"This is a lovely quality colt, I love the stallion and think he could have some quality yearlings next year," said Marnane. "This lad looks like a real runner. We had to go an extra bid to get him but I've seen a few by the stallion and they're very nice." 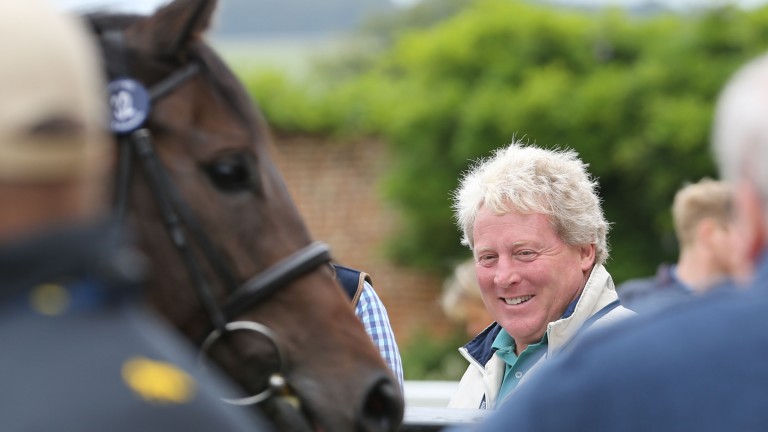 Marnane's purchase is out of Princess Margaret Stakes third Musical Art, a daughter of Dutch Art who shares her pedigree with Finsceal Beo and Frozen Power. The other colt is out of Delevigne, an unraced Redoute's Choice half-sister to Regal Parade whose page traces back to Juddmonte celebrities such as Zafonic and Midday.

Elliott said: "He's a lovely horse and is bred to be fast. It's a pedigree I've always been fond of and he's a good early foal too. I was a big admirer of Land Force when he was racing and I'm a huge fan of the Scat Daddy sire line. I thought this was the best colt here today by the sire so I was very keen to get him. 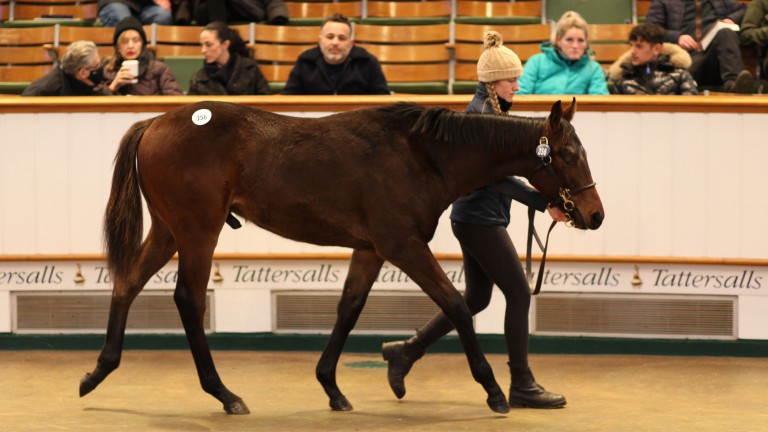 "He'll come back for resale next year. He could turn up anywhere; the good horses are easy to place so hopefully he's one of those. He's been bought for a syndicate and will probably go back to Ireland."

"The pinhookers seem to like them and we're delighted - it's a great start for him. He was a €350,000 yearling himself, which tells you how good-looking he is, and I think people respect the sire line and they respect his pedigree."

Jamie Railton is hoping that Cheveley Park Stud's Ulysses can maintain his early momentum having gone to 60,000gns for the colt out of Traditionelle offered by Bearstone Stud. The February born youngster is a sibling to three winners, most notably the dual Listed-winning two-year-old Vintage Brut.

"We'll just have to see how Ulysses turns out but he's certainly made a promising start," said Railton. "I've never been fortunate enough to have one by him before but he's an exciting horse for the future after the start he's made.

"Let's hope this colt develops and matures and goes the right way too. I thought he was a nice, attractive individual and the market has clearly valued him."

The regally bred Ulysses, a son of Galileo and Oaks heroine Light Shift, has sired 16 first-crop winners across Europe, headed by the black-type performers Piz Badile and Gwan Son. The Coral-Eclipse and Juddmonte International winner is due to stand the 2022 breeding season at a generous-looking fee of £10,000.

Another promising first-season sire enjoyed a notable result when Matt Coleman went to 55,000gns for the Zarak colt bred and sold by Stauffenberg Bloodstock.

"He's for my clients Daniel Macauliffe and Anoj Don, who owned Fighting Irish," said Coleman. "He has been bought to race and they were very keen to buy one by the sire. From here he'll probably go to Culworth Grounds and in time will race in Britain."

The German-bred colt is out of Zegna, a winning daughter of Shirocco who has bred three winners of her own, including the Listed-placed Norwegian runner Zahara.

The regally bred Zarak, a son of Dubawi and Zarkava, has sired 16 European winners from his home at the Aga Khan's Haras de Bonneval, including the Group 3 Preis der Winterkonigin scorer Lizaid and the Listed-winning Parnac. The Grand Prix de Saint-Cloud winner will stand for an upgraded fee of €25,000 in 2022.

John Foley was responsible for pulling off a memorable pinhooking touch during Book 2 of the Tattersalls October Yearling Sale, when his 56,000gns Time Test colt topped the final session at 400,000gns to the bid of SackvilleDonald.

The Ballyvolane Stud man was busy reinvesting on Wednesday morning when going to 50,000gns for Hungerford Park Stud's son of Territories. The colt is a sibling to four winners, including Wentwood, who added a significant piece of black type to the page when landing the Group 3 Bendigo Cup in Australia in late October.

"He's a lovely horse with some good updates and he'll be for resale next year," said Foley, who, when asked if he would be repeating this year's pinhooking heroics, added with a wry grin: "I doubt it, but we're trying!"

The colt is a member of Territories' fourth crop, which was bred at a fee of £12,000, and is out of Desert Liaison, a daughter of Dansili who joined the Hungerford Park broodmare band when bought by Emma Hunter for just £3,500 at Ascot in 2013.

"I'm thrilled," said Hunter. "The update came quite late after the catalogue was released so I was a bit nervous having a Wednesday lot with a fairly major update. He's been very, very busy though and he never lost his walk, which was great. I'm chuffed to bits with him.

"He's been very straightforward and probably looked better up here than he has before, he just blossomed. He's walked his legs off; he did 47 shows yesterday, 37 the day before and another 20 this morning, and that's a lot to ask of a young horse."

Expanding on why she chose the mating to Territories and how she came to own Desert Liaison, who is in foal to Zoustar, Hunter said: "Territories is a very good-moving horse and that's one thing I'd noticed about the mare's previous stock, they had good conformation but they didn't quite have the movement. This guy definitely had Territories' good movement.

"We bought the mare at Ascot when she was in foal to Arabian Gleam purely on the catalogue page really because she's by Dansili out of a Listed-winning Selkirk mare. When you're a small breeder you don't throw a lot of money at it and, although she had nice conformation, it was a bit of a punt."

The Tattersalls December Foal Sale continues on Thursday at 10am.

'Godolphin's homebred renaissance? There are two factors - Appleby and Dubawi'

FIRST PUBLISHED 6:49PM, NOV 24 2021
The stallion is a son of Dubawi and they're doing well, that's a trend that's becoming apparent