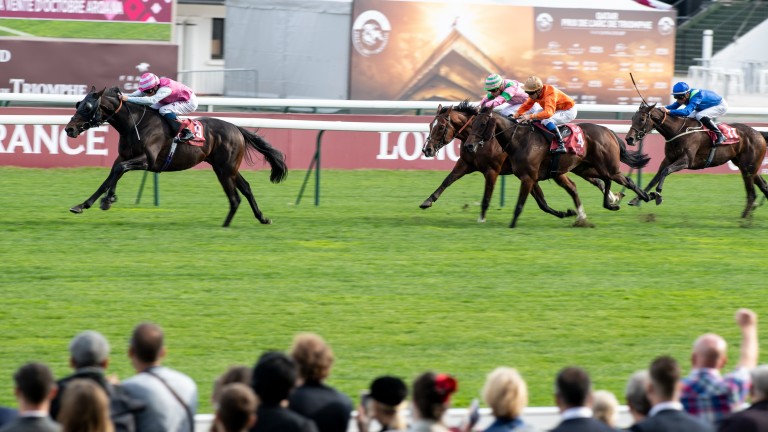 In only four years Arqana's Criterium sales race at Longchamp has been the catalyst for some major dreams for those lucky enough to have been connected with the winner.

As if welcoming back a winner on Arc weekend was not reward enough, two successful horses were sold to race in Hong Kong for big money - though not before one of them had run third in a Classic - while another proved his quality in finishing Group 1-placed on his very next outing. The last of the quartet won nearly seven times his purchase price at a single stroke and financed the buying of a black-type performer at that year's October sale.

Once again backed by Haras de Bouquetot, entry this year is open to any yearling bought at Arqana in 2020 - a concession to the Covid-affected sales calendar - and with nominations closing on Monday, we look back at the well-laid plans and the fairytales.

The inaugural running of the Criterium coincided with the Arc's second and final edition staged at Chantilly, framed by the regal backdrop of the chateau and the Grandes Ecuries.

A €130,000 son of Showcasing, Dice Roll boasted obvious credentials, having won two of his three starts and finishing fourth to the talented Mythical Magic in the Listed Prix Francois Boutin at Deauville in between.

A decisive winner under Cristian Demuro on the day, Dice Roll - later renamed Gold Win after his sale to Hong Kong - proved a brilliant ambassador for the Criterium thanks to his exploits the following spring. 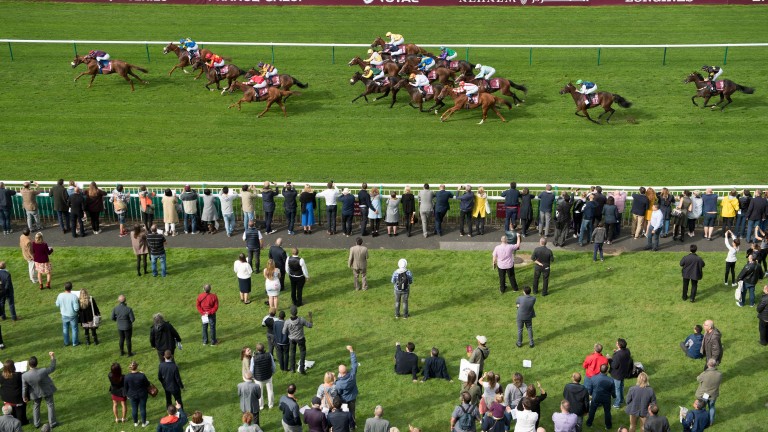 "He was a really top horse picked out by Amanda Skiffington," says trainer Fabrice Chappet. "I think he was the only yearling bought that year by the owner, Giacomo Algranti.

"He was a really good pick on the part of Amanda who showed himself to be a good two-year-old, while a race like the Criterium is always a great challenge. You feel like you're going in on an equal footing as every horse came out of the same sale.

"It was a lovely race to win, and then he went on to show there was no fluke about it because he won the Prix Djebel the following year by five lengths and was only just edged out of it in the Poule d’Essai."

Chappet adds: "To have that race on the horizon is a good initiative when it comes to the sales, especially as the prize-money is extremely good."

Breeder Gestut Zur Kuste must be equally happy, given the dam, Schlague, has also benefited from Dice Roll's exploits: a full-brother - the talented Raiku - sold in Deauville for €100,000, while her Almanzor colt has rung up nearly €400,000 in two passes through the Arqana ring.

Agent Alex Elliott gave €85,000 for the son of Reliable Man, who raced for a partnership involving, among others, the stallion's owners Sven and Carina Hanson.

Well backed on the PMU by visitors and locals alike on his first start since finishing fourth in the Listed Pat Eddery Stakes, William Buick was entrusted with the steering as Master Brewer powered clear of his rivals to score by three lengths. 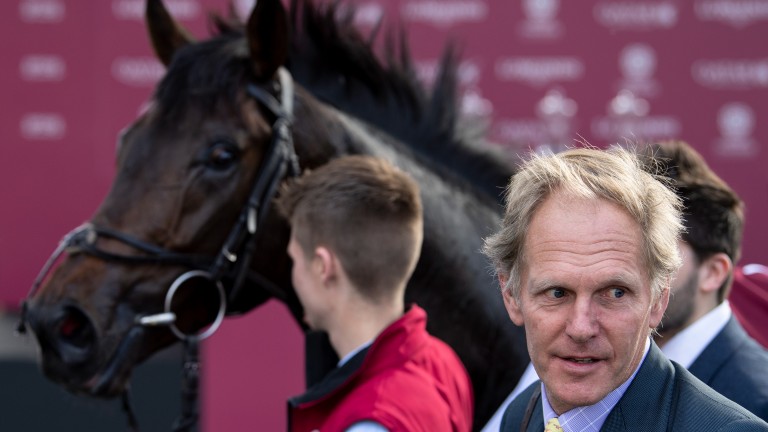 Bell says: "It was always the plan to run him in that race and Ascot got tactically messy. Ryan [Moore] rode him that day and was furious with himself. We just put a line through that and targeted the Arqana race and so it was a well-laid plan that came off.

"All the owners were there. They all stayed in Paris over the weekend and had an absolute blast. After that the telephone didn't stop ringing and he was sold for a significant profit to carry on his career in Hong Kong."

Master Brewer was soon appearing on racecards at Happy Valley and Sha Tin as World Famous and Bell adds: "It was a significant amount of money and while those stories don't happen every day, you've got to enjoy them when they do."

2019 Into Faith: the fairytale

Trainers who do a lot of their own buying at the sales may be a breed on the wane in France, with Jean-Claude Rouget, Pascal Bary and Nicolas Clement still carrying the torch.

Their Sussex-based compatriot David Menuisier is a proud follower of the tradition and so the satisfaction of saddling the first and third in the 2019 Criterium all belongs to him.

"It was a fairytale because I had a very limited budget when I went to the sale the previous October," says Menuisier. "I had settled on a yearling by Mastercraftsman but unfortunately the bidding went over my limit. 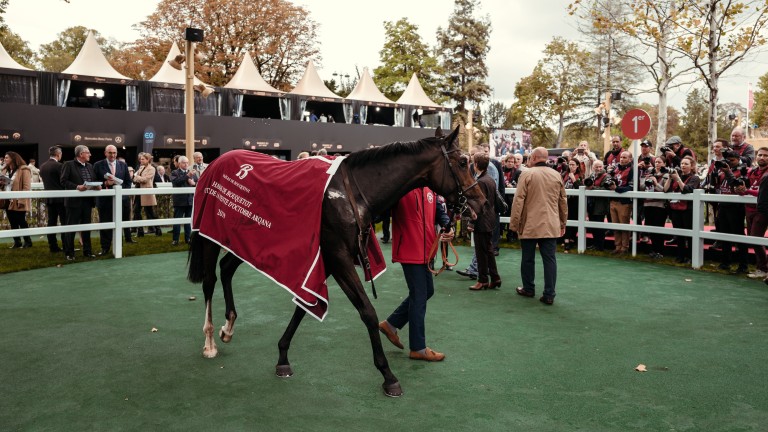 "I looked back through the unsold horses and I noticed the Intello [Into Faith]. I had liked him when I looked at him before but I was focussed on my number one pick, the Masstercraftsman. I went to see Anna Sundstrom and fortunately we were able to make a deal at €20,000.

"What makes it even more of a fairytale is that with the money we won at Longchamp we were able to go back and reinvest. The horse we bought - also from Anna - was a Belardo colt, Belloccio, who was unbeaten at two and won the Listed Criterium du Languedoc."

Menuisier is a confirmed fan, not only of the race but of the October sale, and expects to have "five or six entries" for this year's Criterium.

He says: "The beauty of the Arqana sale is that you target backward horses there. They are mile-plus three-year-olds in the making, which is exactly what I'm looking for.

"And the sales race is run over a mile. I think it's brilliant that Arqana have an emphasis on stamina. It suits people like me who are not looking for a quick return at any price. It does give you an incentive."

Simon and Ed Crisford continued the success of British-based trainers when Jadoomi turned the 2020 Criterium into a procession under Mickael Barzalona.

Though few were there to witness the success, that didn't stop another sizeable gamble developing on the son of Holy Roman Emperor, who the following month showed just how much he'd had in hand that Arc weekend when chasing home Van Gogh in the Group 1 Criterium International. 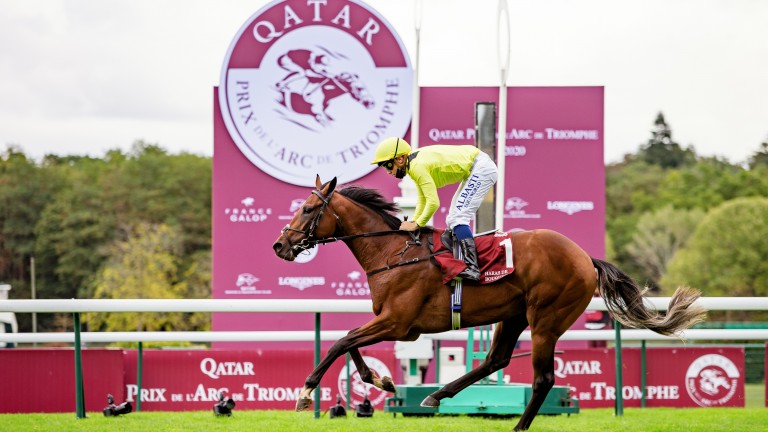 Jadoomi runs out the most recent winner
Zuzanna LUPA

Federico Barberini was the man who picked out Jadoomi - who hails from the breeding of the late Marquesa de Moratalla and who is out of a sister to Poule d'Essai winner Tin Horse - for €75,000.

Barberini recalls: "I thought he was one of the best looking colts in the sale and I had just missed out on another horse that went for a lot of money.

"He was in budget and I managed to get him. I expected him to be useful but we were all impressed by what he did. I knew the horse had been working well and the way he won at Longchamp was exciting.

"In the back of my head I then hoped he could be Group 1 class, but when you take a step up in class like that, you can never be sure."

For details on the race conditions for the 2021 Haras de Bouquetot - Arqana Criterium and how to enter by June 7, click here

The remarkable story of the bloodstock student who became royal photographer

FIRST PUBLISHED 12:36PM, JUN 5 2021
What makes it even more of a fairytale is that with the money we won at Longchamp we were able to go back and reinvest

Dam of Alcohol Free to headline Goffs November Breeding Stock Sale Quality BBAG Sales & Racing Festival catalogue released 'I think it's very tough to buy a good horse' - Keeneland Book 2 ends on a high 'He was immersed in this business' - American consignor Mike Recio dies aged 46 'If you have a horse that ticks every box, this is what you have to pay' Ten-year suspension for jockey who carried electrical device during race