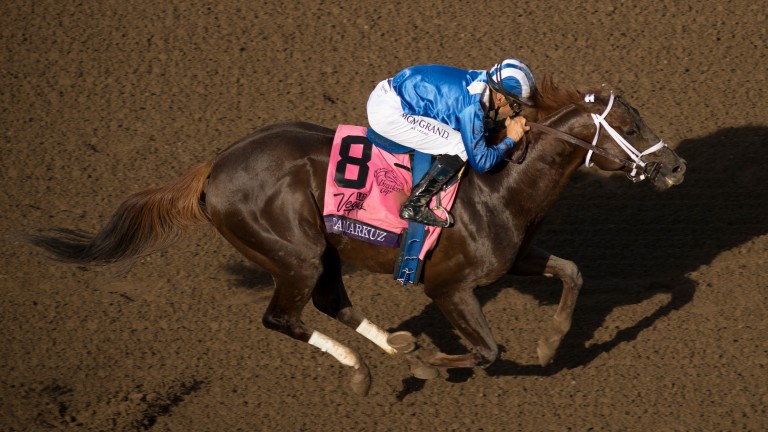 The Thoroughbred Charities of America will host its largest fundraiser early next month with an auction of select nominations and other items.

The event consists of an online auction on starquine.com and a live auction.

Among the stallion nominations on offer in the live auction are covers by California Chrome, Dialed In, Pioneerof The Nile, Medaglia D'Oro, Blame, Malibu Moon, Into Mischief and Speightstown.

California Chrome is the winner of seven Grade 1 races, including an impressive victory in the Dubai World Cup in March by more than three lengths.

Pioneerof The Nile is the sire of Triple Crown winner American Pharoah, who also won the Breeders' Cup Classic.

Medaglia D'Oro is the sire of multiple Grade 1-winning mare Songbird, who was narrowly defeated in the Breeders' Cip Distaff, while Speightstown was responsible for this year's Breeders' Cup Dirt Mile scorer Tamarkuz.

The live auction will take place on Saturday, January 7 at 6.30pm local time, in Lexington, Kentucky.

There are also some familiar names in the online auction including Bullet Train, English Channel, Grey Swallow, Hit It A Bomb, Jess's Dream, Lord Shanakill and Mizzen Mast.

Erin Crady, executive director of the TCA, said: "The auction is vital to our organisation as it allows us to make grants to qualified organisations across the country."