'They'll certainly have my support if it comes to strike action'

Black Caviar trainer pulls no punches in his latest column 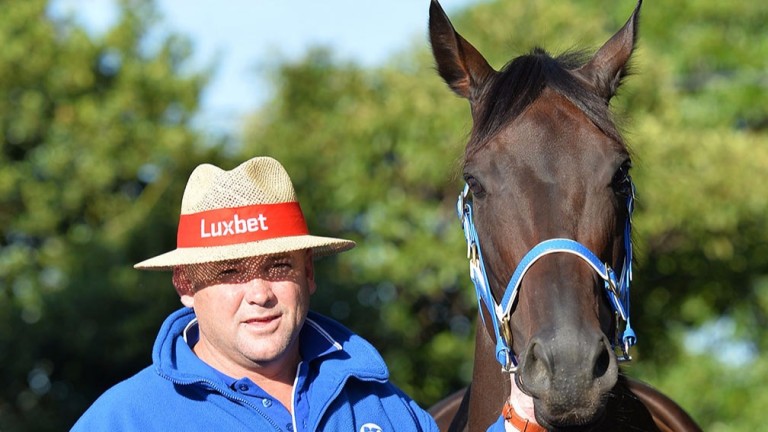 You've probably heard about the strike action proposed by the Queensland racing industry over a new government point of consumption tax. They'll certainly have my support if it comes to it and they need to take such drastic measures - because at the end of the day, it's the participants of the strike who will suffer most.

The issue is that, of a possible $70 million in revenue in the first year, $20m will be given to the greyhound and trotting industries, and they've written off a $17.8m debt racing owes them, but it's disappointing they haven't put further funding back into the industry to help it grow and develop - and improve prize-money.

While I can sometimes understand the government's reluctance to hand over money to be distributed to the industry if it's not going to be put to good use, but the board that distributes the money is government appointed, so that's a whole issue in itself.

Racing in Queensland has always been something of a political hotcake. I think it could be the best racing jurisdiction in the world, given the proximity of south east Queensland to the other racing centres, the racetracks and of course the weather - it's a great place to showcase thoroughbred racing.

Unfortunately for many years it seems to have suffered a lot from bureaucratic meddling and input from certain individuals who perhaps don't put the good of the industry ahead of their own interests. How it improves, I don't know, but first things first, they need to get the right people steering the ship, to grow the sport the way it should - and that's across the board, wagering, breeding, lock, stock and barrel.

'I fear Queensland and South Australia, which both have successful racing histories of their own, may be falling behind a little bit'

Racing in Australia is a billion dollar industry, we have to have the right people running it, and that means attracting the best people with business and sports minds to get it going, and to work well with other government and industry bodies.

Racing New South Wales seems to have a great relationship with government at the moment and racing seems to be prospering.

Victoria continues to grow and develop, and Western Australia tends to tick away and hold its own, but I fear Queensland and South Australia, which both have successful racing histories of their own, may be falling behind a little bit.

The biggest issue is that wagering in the other states is nowhere near the level of New South Wales, which creates the biggest revenue for racing, so they're never going to be able to compete on the same playing field, but that doesn't mean they shouldn't be able to hold their own and put on the best sport possible within the budget they have.

At the end of the day it comes down to leadership and governance.

Australia is the second biggest racing industry in the world, and yet we don't even have a federal racing minister. We have an agriculture minister, and a sports minister, but racing is huge within both of those circles and has very little say at that level. 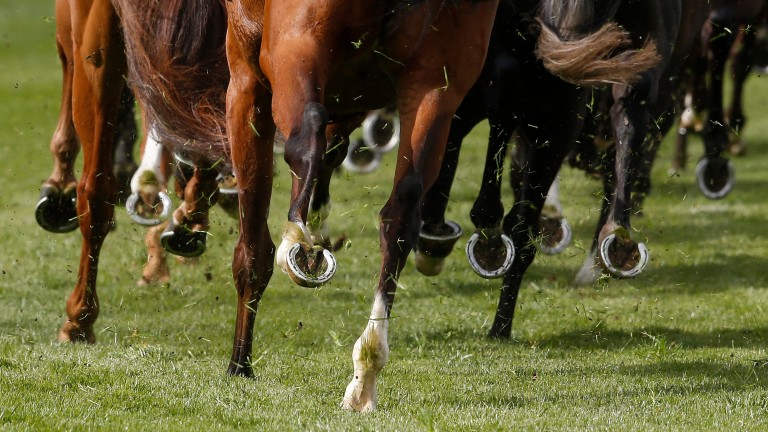 We also need people with a passion for racing leading the sport because anything associated with gambling will always be open to free kicks from the opposition - and yet just yesterday I drove up the highway to visit a friend in a public hospital, both of which have been well and truly supplemented by the gambling dollar - a bit like the Sydney Opera House, which was also funded by a lottery!

The Aussie landmark caused a stir this week following a debate over whether or not to project the draw for The Everest on the sails. My feeling is if it's promoting racing, and it's promoting Sydney, is it really a problem?

The main pushback came from anti-gambling groups, but this isn't an event just about gambling, it's a great event for Sydney. The racing and gambling industries both support a lot of groups that help people who do suffer from serious problems, and there is help out there for them. However, Australia has an unbelievably strong gambling DNA, and I don't think that's going to change.

To be honest, my main issue was the way in which the argument was delivered, it was a bit tasteless. I have great respect for Alan Jones, and he's a passionate racing man, but I've got to say I cringed as I listened to his interview with Opera House chief executive Louise Herron. 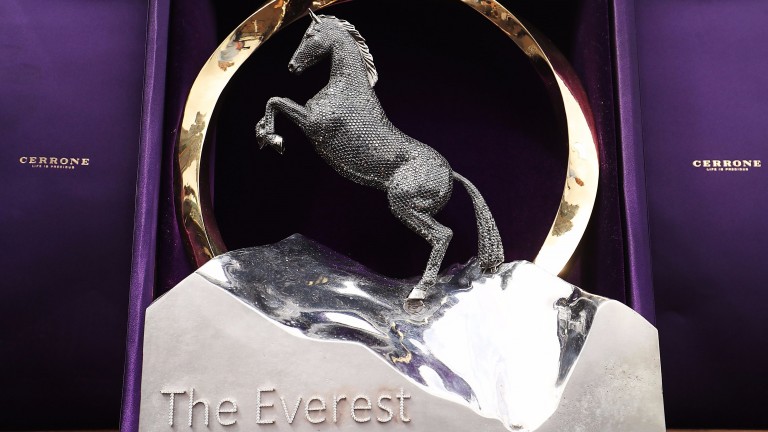 That aside, I do wonder if it was all a well-orchestrated plan to generate even more interest in the race - it hit the headlines in Britain, it got the race in the news, maybe it's a job well done? The Everest has terrific government support, and if they felt using the Opera House was the best way of promoting it, so be it.

As a race, The Everest has created unbelievable interest in racing, and kudos to Racing NSW for their promotion of it - even last weekend here in Melbourne one of the papers had a 32-page pullout focusing on the race.

And as we saw last year, it really shows the greatest thing about Australian racing - it wasn't won by one of the big players, but by a horse who was publicly syndicated to 'dad and mum' owners, owners who invest in the industry in a small way but enjoy huge returns.

That's not to say the big owners don't deserve to win, they put so much into the sport, but it just showed that time and again, big races are won by smaller participants. That's one of the best things about our sport.

It was great to hear Black Caviar delivered an I Am Invincible filly this week, her fourth filly from five foals - that goes a long way to keeping the Black Caviar story going for many years beyond us. I hear the filly is very nice, strong and powerful, probably more in the mould of her mother than any of her siblings, but time will tell.

Although only two of Black Caviar's foals have made it to the track so far, they've both been winners - most champion mares have historically struggled to produce even one winner, let alone be two for two, with a third and a fourth still unraced.

I'm always asked about my time training her - I'll dine out on that for life! While she might lose some recognition due to the feats of Winx in recent years and that being so quickly off the back of Black Caviar, she'll always be remembered and is part of Australian folklore. It's great for racing to have them both though - we see Winx win her 21st Group 1 and 28th successive win, then two days later Black Caviar bobs along with her fifth foal. 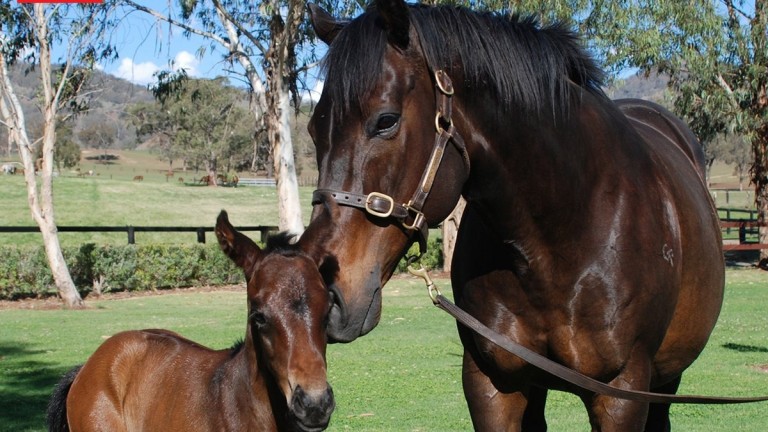 Black Caviar pictured with her fifth foal, a filly by I Am Invincible
Neil Werrett/@Racing.com

In Saturday's race Hugh Bowman found himself in a slightly awkward spot he openly admitted he didn't want to be in, so it was all a little bit heart in mouth stuff, but as we've seen time and again she's able to extricate herself from impossible positions and make it possible. The freakish thing about Winx is she can run Black Caviar-type sectionals at the end of a 2000 metre race, and that just makes her so unbelievably special.

Saturday is one of the great days of Australian racing, with The Everest and the Caulfield Guineas. I'm really looking forward to it, but more than that, I'm thrilled there are so many international runners at Caulfield, more than a dozen, which is unheard of - at most we normally have about three or four. It's great to see such international participation.

FIRST PUBLISHED 2:38PM, OCT 11 2018
It was great to hear Black Caviar delivered an I Am Invincible filly this week, her fourth filly from five foals