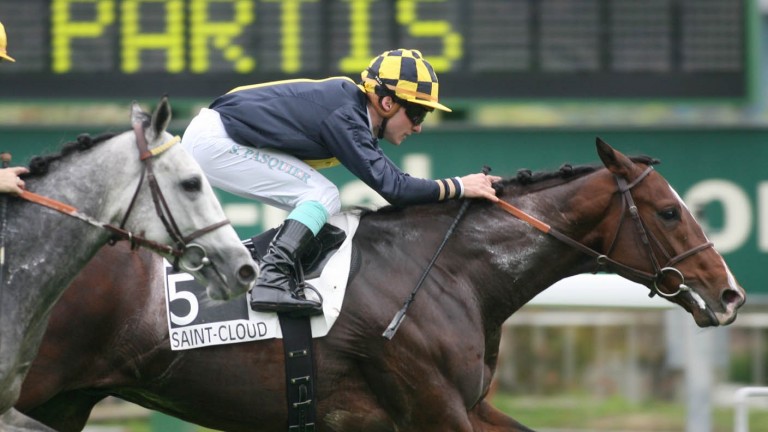 Thewayyouare is on the move from Gestut Romerhof to Haras de Corlay in France for the 2017 breeding season and will stand at a fee of €3,000.

The well-bred Group 1-winning son of Kingmambo will stand alongside Racinger, Honolulu and Legolas at the stud.

Trained by Andre Fabre to win four times as a juvenile including the Group 1 Criterium International over a mile, he is a half-brother to champion filly Peeping Fawn who won the Irish and Yorkshire Oaks, the Nassau and Pretty Polly Stakes.

Thewayyouare sired three individual stakes winners in 2016 including recent French Listed winner Thewayyouwish and We Are Ninety, a Listed scorer at Newbury over 1m2f.

The 11-year-old began his stud career at Ashford Stud, Kentucky for and then spent the following five seasons under the Coolmore banner in Ireland. This year he stood in Germany.

The deal to relocate the sire of Breeders' Cup Classic runner-up Toast of New York was brokered by Sean Tiernan of Peak Racehorses on behalf of Coolmore, and Bernard Stoffel of Blue Spirit Bloodstock who represented Haras de Corlay.