Half-sister to Hawskmoor was destined to be a polo pony 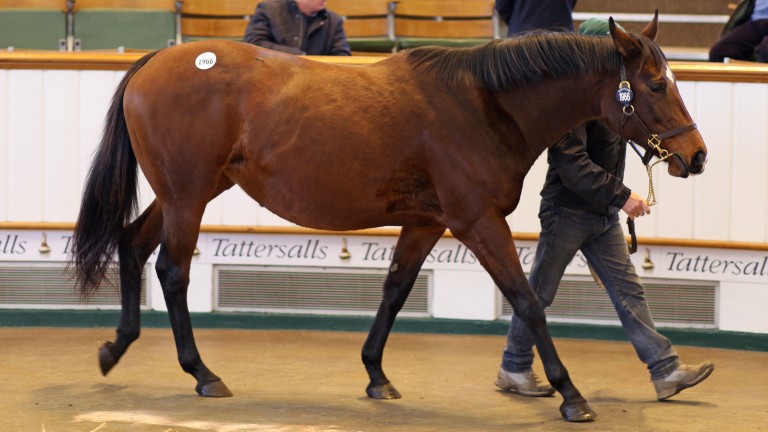 The hundreds of mares who go through the Tattersalls ring this week all have a story to tell, whether that's of a stellar career on the track, their superior mothering abilities or perhaps their relationships to brilliant racehorses. But none have the backstory of Qatar Princess, who almost became a polo pony.

The five-year-old daughter of Marju was one of the early highlights during Wednesday's session of the Tattersalls December Mares Sale, and was bought for 100,000gns by BBA Ireland, a six-figure sum that doesn't begin to tell her tale.

"She has been through the breeze ups, through the sales, everything," said bloodstock agent Charlie Oakshott, who sold the mare on behalf of her owner Michael Ng.

"David Redvers bought her for Qatar Racing as a two-year-old and she was rated 55 so qualified for the horses in training sale later that year. She was on her way to a polo yard in 2015 when Michael Ng heard of her and bought her to race in Malaysia but she didn't show much over there either."

Fate in the form of a Classic winner intervened and became the catalyst for Wednesday's success. Her half-sister is this year's Group 2 German 1,000 Guineas winner Hawksmoor, who has covered herself in glory since being purchased by Amanda Skiffington for €80,000 at the Tattersalls Ireland September Yearling Sale in 2014.

However Qatar Princess has had a rather checkered history.

Wednesday was the sixth time Qatar Princess had been offered for sale and was by far her most lucrative turn in the ring. Unsold at €14,000 on her first trip to the sales as a yearling, her best day at the sales until Wednesday was her purchase by David Redvers for €37,000 at the Goresbridge Breeze Up Sale in 2013.

Placed on two of her three starts as a juvenile for Olly Stevens and Pearl Bloodstock, she changed hands for 14,000gns at the 2013 Tattersalls Horses In Training Sale. Qatar Princess failed to run in the colours of Easton Park Stud, her purchasers at that sale, and, after they bought her back for 4,500gns in July 2014 she appeared on the racecourse in the colours of Peter Watson. Third over five furlongs at Wolverhampton in December 2014 was her best effort for Watson before she finished second for Michael Ng on her final start in England in March 2015.

That was her history before Hawksmoor's exploits on the track this year.

Oakshott said: "When Hawksmoor won the German 1,000 Guineas, I asked Michael who is a client of mine, if he still had Qatar Princess and he did so I told him to get her back over here and get her covered quickly! We sent her to Tweenhills Stud to Hot Streak, a sire I really like, and the plan was either put her through the sales ring or keep her and breed from her, which is what I was inclined to do."

From the polo field to six-figure broodmare at Tattersalls via Goresbridge and Malaysia, it has been some story for Qatar Princess.

FIRST PUBLISHED 8:00PM, NOV 30 2016
She has been through the breeze ups, through the sales, everything