The remarkable story of the horse who wouldn't sleep 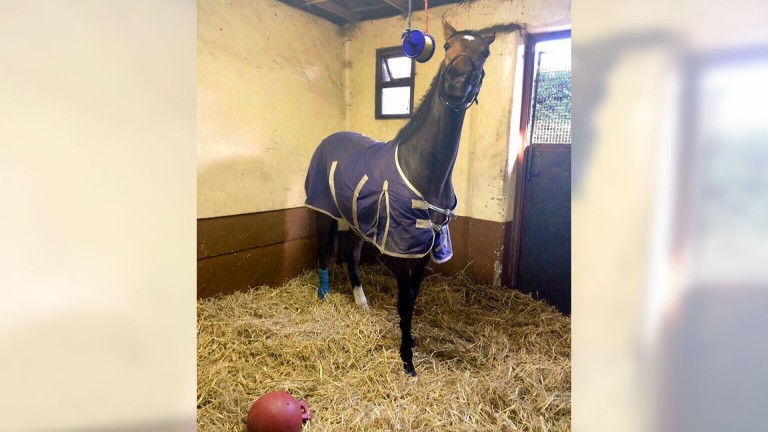 The Willie Mullins-trained Nessun Dorma achieved his second win at Gowran Park on Saturday, but it was the gelding’s back-story that grabbed the most attention as it was revealed by his breeder Julie Lynch that the four-year-old has had to overcome long odds to carve out what looks a promising racing career.

After his Gowran Park win, Lynch, of Fastnet Stud in County Kildare, said that Nessun Dorma was lucky to survive a freak accident at the Goffs Orby Sale in 2014 and posted a picture of the horse during his recuperation.

She was advised to put the son of Canford Cliffs down after he fractured a navicular bone, but says she remained stubborn despite the bleak prognosis at the time.

Lynch said: “We brought him to Goffs a couple of days before the sale, but on the day, a friend of mine was holding him and he just spooked at something. When he jumped forward, he double-barrelled with his hind legs and unfortunately he connected with a stone wall and sustained the injury.

“It was just a freak accident and the prognosis wasn’t good. We were told he had just a ten per cent chance of recovery, but I suppose I was stubborn in my ways as I wouldn’t put him down.

“We box rested him for three months but it wasn’t easy on him. We bought him all kinds of toys to keep him occupied and that kept his mind busy. We also got bone supplements in from the US and Switzerland as well as homeopathic remedies. We put in a lot of hard work but it has all been worthwhile." 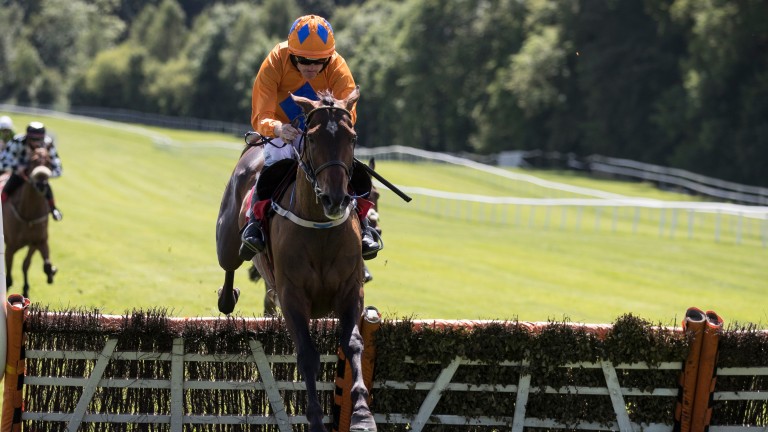 Nessun Dorma, named after the aria made famous by the late Luciano Pavarotti, recovered significantly to make his racecourse debut for Harry Kelly last June before joining the champion trainer Willie Mullins, for whom he is unbeaten in his two hurdles starts.

Lynch added: “He has overcome all the odds and he’s certainly in the right yard that will give him every opportunity to excel. I will forever be indebted to Kildare-based vet Bridget McGing, who played an instrumental role in getting Nessun Dorma back to full health.

"We have his dam at home, and while he was bred to be a mile to a 10 furlong horse, it is just fantastic to see him doing so well.

“We are lucky he turned out to be a good horse because I named him after my favourite song, which translates into no one sleeps, which is rather apt.”