The bloodstock team give their selections for the Cheltenham Festival

Can breeding be the key to finding a winner at the meeting? 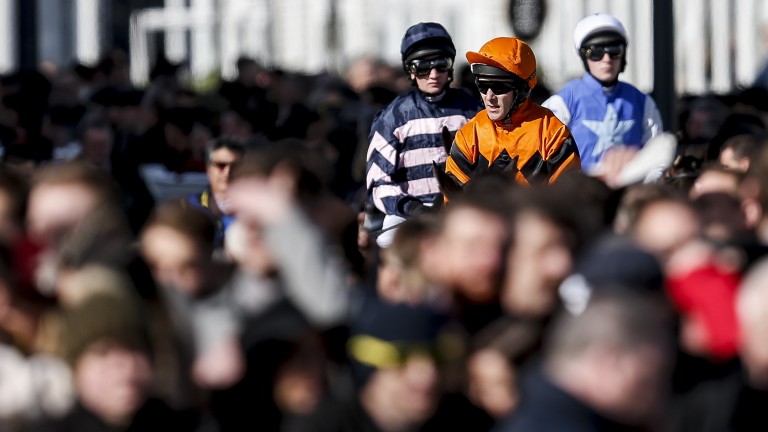 Which horses have the pedigree to prevail at Prestbury Park?
Alan Crowhurst
1 of 1
By Bloodstock World Staff 7:10PM, MAR 11 2019

I thought Mister Malarky's first intended festival assignment, the National Hunt Chase with its marathon distance, would play to his pedigree strengths as a six-year-old by German Derby runner-up Malinas out of a daughter of Teenoso and Cheltenham Gold Cup runner-up Dubacilla.

However, those stout bloodlines could still help Mister Malarky expose any stamina flaws among his rivals in trainer Colin Tizzard's preferred engagement for him, the RSA Insurance Novices' Chase over three miles and half a furlong on Wednesday.

Any forecast rain would be in favour of this embryonic star staying chaser.

Birchdale
5yo b g Jeremy-Onewayortheother (Presenting)

This progressive five-year-old brings an unblemished record to Prestbury Park and possesses a pedigree that points to his upward curve being maintained for a good while yet.

He is by the much-missed Jeremy, sire of 2013 Triumph hero Our Conor, while his female family includes a host of talents who showed their best form over three miles or further, notably five-time Grade 1 winner Carlingford Lough and the smart The Tother One.

Birchdale's dam, Onewayortheother, is by Presenting, who has already had significant success as a broodmare sire at the festival courtesy of Might Bite, Presenting Percy and Rathvinden.

Concertista could make her belated first appearance in Britain and Ireland in the Grade 2 Dawn Run Mares’ Novices’ Hurdle, and there’s been a whisper or two of Willie Mullins' charge catching pigeons on the Closutton gallops.

Having won on the Flat when trained in France by Christophe Ferland, she was purchased for €75,000 by Highflyer Bloodstock from the Wertheimer draft at the 2017 Arqana Summer Sale, and will run in the two-tone green silks of Simon Munir and Isaac Souede.

There can be fewer better value dual-purpose stallions plying their trade at the moment than Elusive Pimpernel, who still stands for just €1,000 at the Irish National Stud and does not do badly at all with his material.

Case in point is Coeur Sublime, who beat the subsequent St Leger third Southern France on his only start on the Flat, which enabled him to become his sire’s biggest transfer yet as he changed hands for €260,000 at the Punchestown sale last spring.

There’s stamina through his Lomitas dam and he has looked versatile ground-wise. Adding in several eyecatching hurdles efforts and an outstanding trainer in Gordon Elliott and he could be capable of causing an upset after missing his engagement in the Fred Winter.