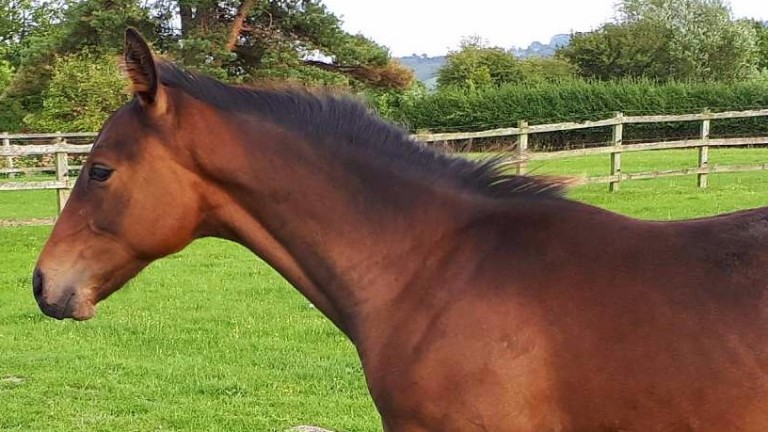 I have to admit, when David and Kathleen Holmes told me about their plan to make a stallion out of a foal then aged just three weeks old at the Thoroughbred Breeders' Association National Hunt awards at Doncaster in May, I assumed they were tired and emotional after a long evening spent celebrating the recognition of Cheltenham Gold Cup hero Sizing John, a son of their late rags-to-riches sire Midnight Legend, as the season's leading chaser.

But no; six months later and in the cold light of day they have lost none of their conviction, and so the last colt they own by Midnight Legend, who passed away aged 25 in July 2016, will be left ungelded and sent into training with Alan King. If he manages to win a Grade 2 hurdle or better, he will be granted a chance as a stallion.

The colt, out of the useful and well-related Generous mare Giving, has already had the portentous name Midnights Legacy registered with Weatherbys.

No need to shake your head and smile condescendingly as you read this, dismissing the plan as a naïve pipe dream. The Holmeses have worked with horses all their lives, run a successful business at their Pitchall Stud in Warwickshire, and are well aware the scheme is a million-to-one shot. 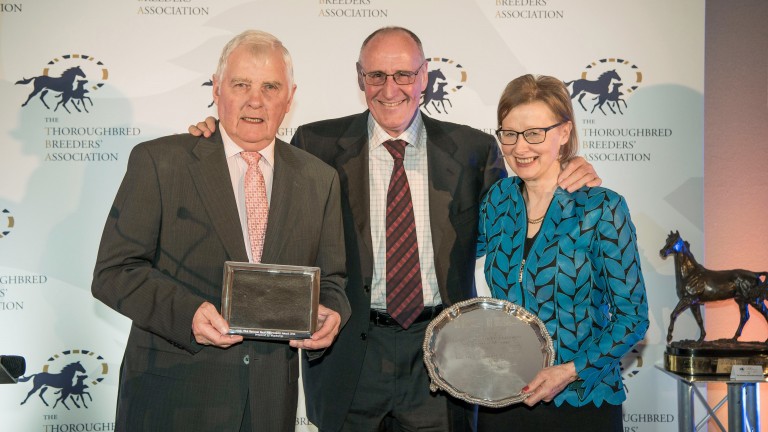 But then the couple have beaten the odds before with Midnight Legend, who they bought for a pittance when no one else would have him, only for the horse to blossom into an extraordinary upgrader of mares and consequently one of the most in-demand British-based jumps stallions of the past decade.

Besides Sizing John, he has also supplied the likes of Holmwood Legend, Midnight Chase, Seeyouatmidnight and Sparky May and, with bigger and better-bred crops coming through, there are bound to be plenty more of that calibre.

“We're absolutely under no illusion that to attempt to make a stallion from one of Midnight's last colt foals is probably utterly senseless but we all need a dream,” says Kathleen Holmes.

“So many people have bemoaned the fact there isn't a successor to Midnight through one of his colts and since the French are standing horses who have jumped a few hurdles and are exporting them over here, then perhaps it's time to try it with a British-bred colt by a top British-bred jumps sire. Judging by the phone calls and emails we've received there's certainly a lot of enthusiasm for the project.

“It's a long road before he even gets on a racecourse but we're intending to give it our best shot. It's set to be our most exciting and challenging stallion project ever.”

If Midnights Legacy inherits only some of his sire's talent on the track, it will be a good start down that road.

Midnight Legend developed into a fair stayer on the Flat for his first trainer Luca Cumani and owners Umm Qarn Farm, winning valuable handicaps at Royal Ascot and Glorious Goodwood at three and adding two more Listed successes to his record at four and five.

He was later sold to Sir Stanley Clarke, who took the unorthodox decision to keep him entire when he sent him to David Nicholson – where Midnights Legacy's future trainer King was then assistant – for a hurdling campaign with one eye on a potential future stallion role.

Midnight Legend proved equally adept in his new incarnation as a jumper, landing the Top Novices' Hurdle at Aintree and the Punchestown Champion Novice Hurdle on only his third and fourth starts for Nicholson and later, after a brief spell at stud, finishing third to Istabraq and French Holly in the Aintree Hurdle.

Retired for good and sent to Conkwell Grange Stud, he was languishing covering only a handful of poor mares when the Holmeses bought him as a replacement for their recently deceased stallion Bonny Scot and he moved to Pitchall Farm.

“We'd been trying to make various stallions since 1973,” explains Kathleen. “It requires a lot of self-belief, dogged determination and single-mindedness to succeed. Against the odds, at our first attempt, we produced a Wembley champion riding pony.

“Others were less successful but in 2001 we bought Midnight Legend. He was on the scrapheap and very unfashionable – he didn't see a mare who owned a bit of black type before he was 18.

“We'd followed his National Hunt career and we felt he was the ideal horse to breed jumpers from our own mares – and that was before the French made it fashionable to stand a jumping horse!

“He was also by a good sire in Night Shift who tended to stamp his stock and subsequently produced other good stallions such as the sadly deceased Azamour.”

The distaff side of Midnights Legacy's pedigree also offers encouragement that the idea of him turning into a smart racehorse and thus a stallion might not be entirely absurd.

His dam Giving won only one race for her breeder Bloomsbury Stud, a Warwick maiden, but achieved a decent Racing Post Rating of 97 for finishing second in a competitive Sandown handicap and a creditable eighth in a Newmarket Listed event.

Giving was a Generous half-sister to Classic-placed Lethals Lady, Listed scorer Burn The Breeze and the dam of King's Champion Hurdle winner Katchit – so, handily, the trainer has hands-on experience of both sides of the family. She was bought in foal to Kalanisi by Pitchall Farm for 41,000gns from the Bloomsbury Stud dispersal at Tattersalls in 2008.

The colt she was carrying at the time of her sale was sold to JP McManus for €32,000 as a foal only to break a leg on the gallops before he reached the track, but two later fillies by Passing Glance – another stallion owned by the Holmeses, stationed at Batsford Stud since Midnight Legend's demise – called Forgiving Glance and Giveaway Glance have been sent out by King to win and show useful form over hurdles.

In another bittersweet twist to the tale, Midnights Legacy will also be Giving's legacy.

“Midnight Legend had covered the mare before but was 25 when he did so again in 2016,” remembers Kathleen. “He had one chance only to get her pregnant as she had gradually got later foaling. She failed to ovulate despite the correct intervention and the follicle grew large and spotted. Midnight had never got a mare in foal with this problem but, amazingly, at 16 days she was pregnant and Midnight died a few weeks later.

“Giving foaled Midnights Legacy at 11.30am on May 1 and collapsed and died literally out of the stud vet's hands an hour later. At 8pm, having had two lots of colostrum from a bottle, the colt was happily feeding from his little gypsy foster mare and we never looked back.”

To cap it all, the idea of making a stallion out of one of Midnight Legend's last foals and even calling him Midnights Legacy had come to Dorte Roeper, the partner of Sizing John's breeder Bryan Mayoh, completely independently, much to the amazement of Kathleen Holmes when the pair discussed it with each other as they toasted Gold Cup victory at Cheltenham in March.

Considering the unlikely turns of events and the obstacles that needed to be overcome for Midnights Legacy to even be born in the first place, the prospect of him following his father into the breeding shed five or six years from now suddenly doesn't seem so far-fetched after all.

FIRST PUBLISHED 6:52PM, NOV 24 2017
It's set to be our most exciting and challenging stallion project ever