'Thank god I found my way in horseracing!' 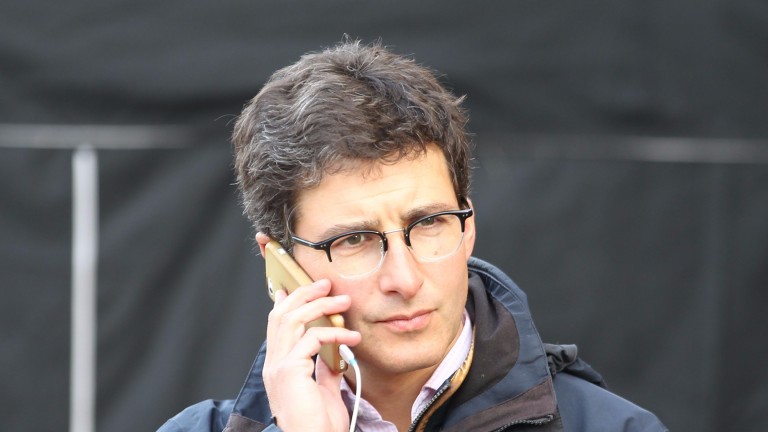 How and when did you become involved in racing? I grew up on a farm in Rome, not far from Capannelle racecourse. My family have been breeding thoroughbreds since I was a child and I've always been involved with the running of the family stud.

After finishing university I was asked by Saverio Brenciaglia, our bloodstock advisor, to join him as an assistant. Three weeks later I was buying yearlings in Keeneland and was hooked for life.

Who has been the greatest influence on your career? Two people: Saverio Brenciaglia, who wanted me to join his business 21 years ago. Has been my mentor and I wouldn't be in this business if it wasn't for him. Then Joe Foley, who has always been very supportive, especially since I moved to the UK.

Best day in the business? Probably Dream Ahead, who I purchased from Keeneland as a yearling, beating Goldikova in the Prix de la Foret on Arc day. That was his fifth Group 1 win. It will be very hard to beat that.

What has changed most during your time working in the bloodstock industry? Technology. Mobile phones and the internet have completely revolutionised this business, in my opinion, with so much information now available to all and allowing immediate feedback.

I remember when, in my first years, I had to queue up at the telephone exchange in Tattersalls and Keeneland in order to communicate with my (very few!) clients. Nowadays if you like you can buy a horse online, while sitting on your sofa.

What aspect of your job do you most enjoy? Winning. That's what it's all about, isn't it?

And least enjoy? Being away from home and the family for long periods of time.

If you weren’t working in bloodstock, what would you be doing? I would have definitely tried to become a musician. Thank god I found my way in horseracing!

Can you give us an up-and-coming sire to follow? Dabirsim is a very exciting first-season sire. I was impressed by his first yearlings last year, and his stats are already very promising with his first bunch of two-year-olds on the track.

Which stallion do you think does not get the credit he deserves? Choisir is a very good sire. He is consistently producing top-class performers and is still massively underrated.

If you had to let a fellow agent buy you a horse who would you choose? I would ask Edward Daly to find me a two-year-old filly.

And who would you want to train and ride it? I'd ask Jamie Osborne to train, hopefully he will give me a good deal! I'd want Frankie Dettori on board. You can't do without the Italians!

What would you like to see change in the industry? Prize-money is the real issue I think. The current level is ridiculous when compared to how competitive racing has become.

Advice for someone hoping to get into the industry? Don't be in a rush. Work hard at the beginning, keep learning from successful people and travel as much as you can.