At The Sales SALE INITIATIVE 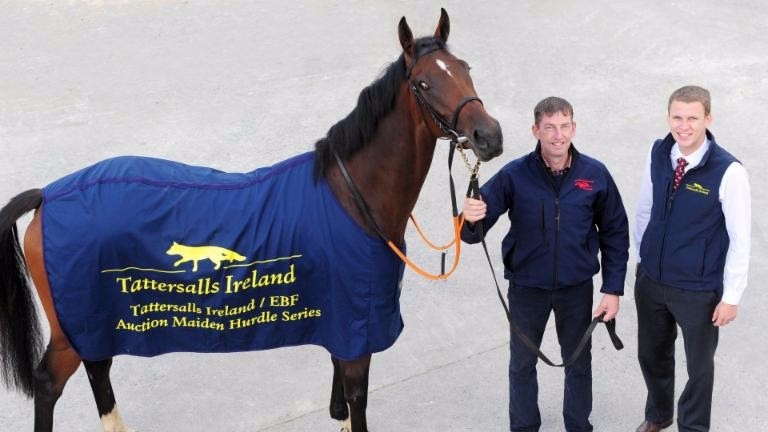 The first of these races will take place at the Listowel Harvest Festival on Monday, September 11.

Trainer Gavin Cromwell was on hand to officially launch the auction maiden hurdle series. Speaking about this new initiative, Cromwell said: "As a trainer it is great to see Tattersalls Ireland and the EBF supporting this incentive for the less expensive horses, and offering a very appealing prize fund."

These races are each worth €20,000, are confined to four, five, six and seven-year-old geldings and mares that have been sold as three or four-year-olds in a recognised store sale in Ireland or in Britain.

Each race is confined to horses that have cost no more than €30,000 as a store and have not won any race under rules or a point-to-point.

Runners in the Tattersalls Ireland/EBF auction maiden hurdle series will also have allowances according to their sales price and age. All horses must be EBF-eligible to enter these races.

WHERE AND WHEN: THE NEW RACE SERIES