Tattersalls Ireland's Simon Kerins with an auctioneer's perspective on the sale

Final preparation and pre-auction nerves as day one approaches 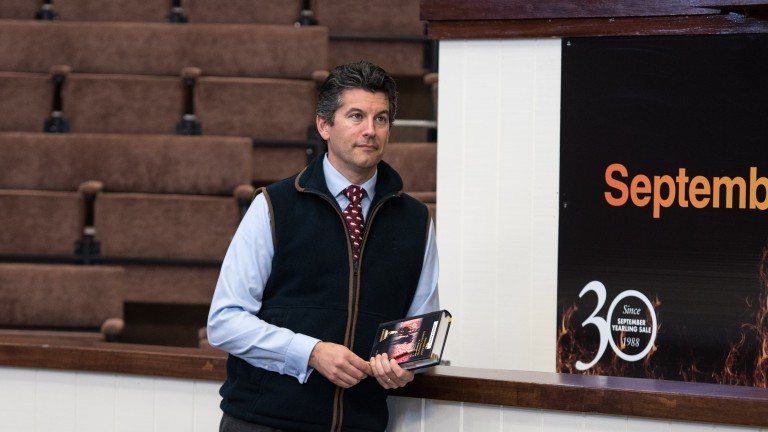 I spent much of Monday looking at the horses I'll be selling once the September Sale starts. I've four sessions on the rostrum on Tuesday and I'll be selling 13 or 14 lots per session.

Whilst I'm assessing the horses prior to sale, this part of the process also gives me the chance to chat to vendors as I'm always curious as to what they think the atmosphere is like before a sale.

I'll be doing the same first thing tomorrow and Wednesday too as we're selling right through until Thursday, so I have plenty to sell this week.

I've seen a lot of these horses earlier in the year, but they can change so significantly between now and when you first saw them in May or June. It's important to gauge how the horse looks now and also, especially as you get closer to the horse going into the ring, the vendor will be able to tell you how popular their horse has been.

The sale is the culmination of a year's worth of work as we started inspections for this sale in early May, and they carried on right through June and into July. The September Sale has been hugely successful and that's meant we've received more applications than ever before - we had nearly 500 more applications than last year - so we've found it difficult to keep numbers tight.

I like to assess each horse as an individual before I sell them so I can highlight its positive attributes when I'm up on the rostrum. There'll be plenty to say about the pedigree but it's nice to be able to refer to specifics about each individual yearling.

I make notes about each horse before it comes into the sale and make sure I have each pedigree well rehearsed, but the rest of what gets said on the rostrum comes instinctively with experience. 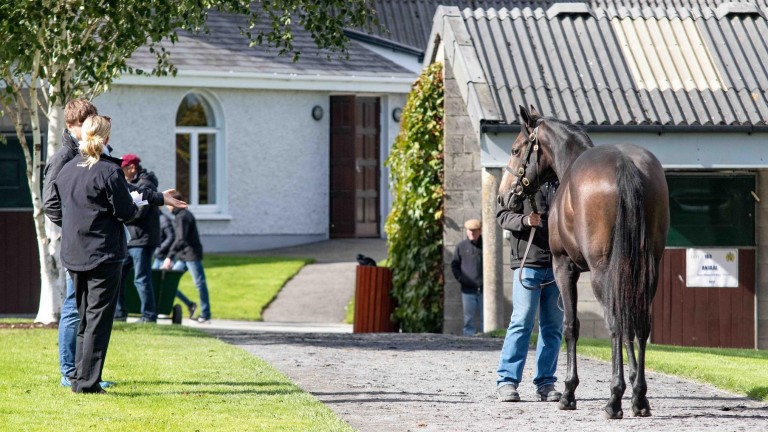 As an auctioneer you get into a rhythm and a routine of getting each horse to its reserve and hopefully from then you can entice as many people as possible into bidding on the horse.

There's some standout lots coming up this week, there's the half-sister to La Pelosa, who won a Grade 1 last weekend, and a half-brother to Lady Kaya, who was second in the Moyglare. I'm selling the own-brother to Adaay, lot 491, he could potentially top the sale.

As an auctioneer it gives you a great buzz to be involved in those lots. It's a bit of a cliche to say it's nice to be involved but it genuinely is, especially when you see the vendors doing well.

I'm part of a big team at Tattersalls Ireland, and as we invest so much time and effort in trying to improve each sale every year I'd be full of nerves and trepidation prior to any auction.

The vibes may be very good before a sale, but no matter how positive things seem - or otherwise - you just don't know exactly what's going to happen.

I'll spend the night before the sale going through my catalogue, doing updates and making sure I have my lines ready. Fingers crossed it'll be another great sale for vendors and purchasers alike.

If you enjoyed this story you may also be interested...

FIRST PUBLISHED 7:21PM, SEP 24 2018
I'd be full of nerves and trepidation prior to any auction