Glorious Journey is declared for race one on Saturday 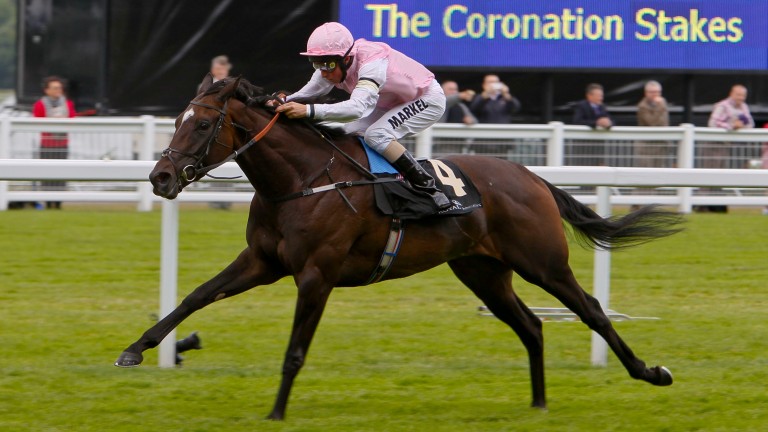 While the focus of Flat season is turning towards Royal Ascot in just over a week's time, one race that would not look out of place at that showpiece meeting is the 6f Margaret Giffen Memorial EBF Novice Stakes on the July course at Newmarket on Saturday (1.25pm).

Among the ten runners is Glorious Journey, the joint-most expensive yearling sold at public auction in Europe last year, and siblings to Cursory Glance and Arabian Queen.

Glorious Journey caught the eye of John Ferguson at Book 1 of the Tattersalls October Yearling Sale, when he stretched to 2,600,000gns to secure the Dubawi colt out of the 2012 Coronation Stakes winner Fallen For You, from the family of Juddmonte Lockinge Stakes winner Fly To The Stars.

The Godolphin-owned colt, who was consigned by Norris Bloodstock on behalf of Philippa Cooper's Normandie Stud, is trained by Charlie Appleby and will be ridden by William Buick, and holds an early entry for the National Stakes on Irish Champions Weekend.

Dubawi sired his 28th Group 1 winner when Sobetsu obliged in the Prix Saint-Alary at Deauville in May, and stands at Dalham Hall Stud at a fee of £250,000. 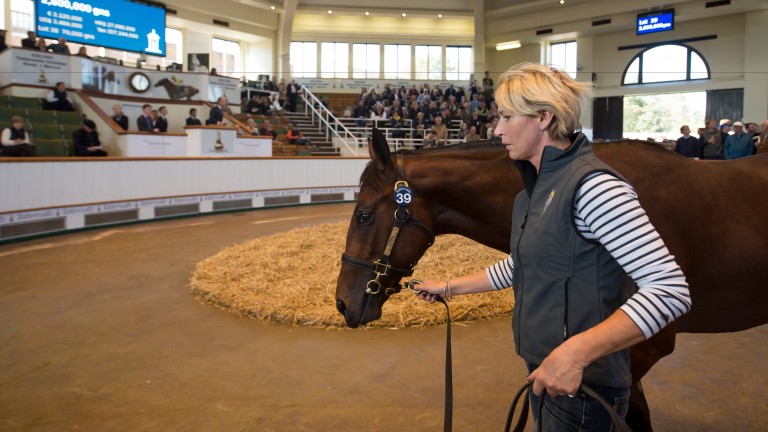 Glorious Journey has a tough ask on debut, as among his nine opponents are two other newcomers whose siblings have lit up the racecourse.

John Gosden and Frankie Dettori team up with Qayes, an Exceed And Excel colt out of the winning Sadler's Wells mare Time Control, who has already produced Cursory Glance.

Cursory Glance won three of her four starts for Roger Varian, with her most notable success coming in the 2014 Moyglare Stud Stakes at the Curragh.

Bred by Merry Fox Stud, Qayes pedigree had the buyers chomping at the bit at Book 1 at Tattersalls last year, and she was eventually knocked down to John and Jake Warren for 400,000gns, and will run in the colours of Al Shaqab Racing.

Only two horses defeated Golden Horn during his nine-race career, and one of those was the unfancied 50/1 shot Arabian Queen who lowered the Derby and Arc hero's colours in the 2015 Juddmonte International at York.

Now her two-year-old sister Cosmopolitan Queen will make her debut in the colours of owner-breeder Jeff Smith and for trainer Dominic Elsworth, who also campaigned her illustrious sibling.

Cosmopolitan Queen, who will be ridden by Shane Kelly, is also by Dubawi out of the Barathea mare Barshiba, herself a high-class racemare and dual winner of the Lancashire Oaks.

Regardless of who emerges victorious on Saturday, it certainly looks a race to savour.

FIRST PUBLISHED 7:53PM, JUN 8 2017
Dubawi sired his 28th Group 1 winner when Sobetsu obliged in the Prix Saint-Alary at Deauville in May