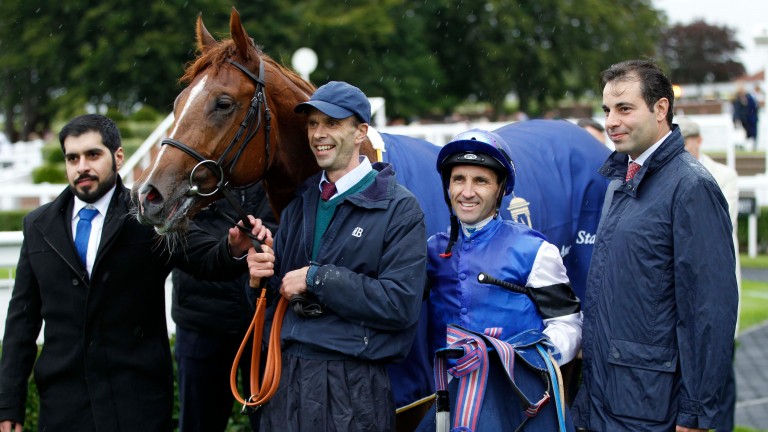 Decisions, decisions. As Ahmed Bintooq and Alessandro Marconi kept one eye on the yearlings paraded around Tattersalls last week, something else was occupying their minds.

Tatsumaki, the unbeaten colt they purchased for a very reasonable 16,000gns last year, might just be the subject of the sort of offers from home and abroad that they will struggle to refuse.

Marco Botti trained him to land novice events at Newmarket and Newcastle before an even more impressive performance on the Rowley Mile last weekend, when he took apart a big field to land the £150,000 Tattersalls October Auction Stakes by five lengths.

"Not many horses, especially two-year-olds, win three races in a row, and in a big race like that, so we’re very happy," says Bintooq.

"Hopefully we will have more like him. We had a couple of offers, we’re still talking about it, but a horse like this doesn’t come around very often."

Bintooq, 33, is one of the new generation of owners from Dubai taking an interest in racing. Softly-spoken and courteous, he has a background in the military and now takes care of family investments.

He met Italian agent Marconi, a long-standing fixture of the UAE scene, when they both had an involvement in endurance racing, as Bintooq's brother is a keen owner in that sport.

Their biggest previous success came through the Hard Spun filly Nomorerichblondes, who Marconi acquired for 30,000gns at the 2016 Tattersalls Craven breeze-up and who won the UAE Oaks at Meydan the following year before selling for $500,000 at Fasig-Tipton.

"I have two or three runners every year, [Tatsumaki] is the best I’ve owned so far," continues Bintooq. "Starting your career when you’re young, seeing horses like this makes you keen for better results in the future. It's a big chance, we’ll think about it, but hopefully he's a better horse when he’s three."

Now the highest earner from the two crops of Darley's Charming Thought, he is out of Listed Pipalong Stakes winner Kasumi and has the Classic-winning Blakeney siblings Juliette Marny and Julio Mariner leaping out from his page from the late 1970s, albeit with not as much recent form further up it.

With Bintooq unable to travel to Britain last year, it was up to Marconi to do the legwork on his own. 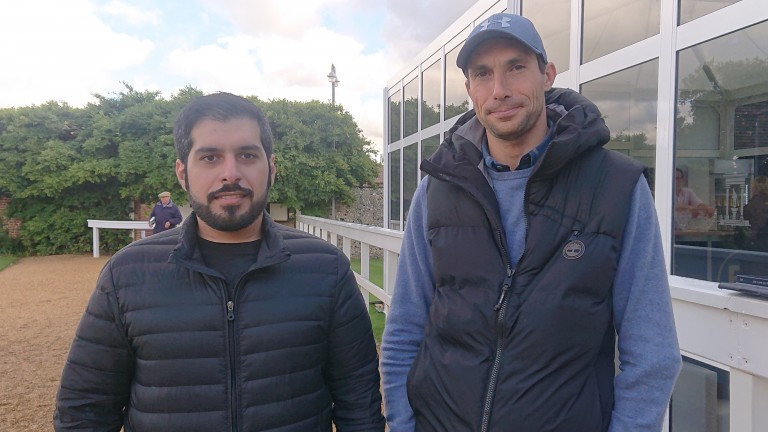 "You have to say that in a sale like that, and for that price, it’s about the physical more than anything else." Marconi explains.

"The dam was rated 102 and had produced another winner, and Viscountess Trenchard has played her part, he was a nice individual.

"We normally don’t pick out sires that aren’t that popular, for whatever reason, but it has worked, and luck has played a part here as well."

Bintooq continues: "We usually work together going through the horses and [Marconi] has advised me for a few years. Last year, as soon as he found the horse, he called me and said it was a good one.

"With the price, it was in the pandemic - he had very nice conformation but I don’t think he would have cost that normally."

Bintooq seems delighted to have been able to return to see horses in the flesh. Although he and Marconi had thought Book 1 would be more of a time to sniff the air and assess the market before this week's Book 2, they ended up taking one home, paying 28,000gns for a daughter of Golden Horn from the family of Lancashire Oaks winner Manuela De Vega.

As Bintooq has already begun to breed from a few mares, his blue, white and black colours seem likely to be a regular sight in the coming years.

"I've loved horses for a long time" he says. "It wasn't my parents, but my brother started owning endurance horses and I started to buy some Flat horses in Dubai.

"It’s pleasure more than business, but it’s an investment and you do need to sometimes make decisions in order for it to continue."

Marconi, who is an ownership partner with Bintooq, adds: "It has complicated our decision.

"It's a pleasure that must be managed sustainably. Especially at this time, syndicates and even historical owners are all thinking about the financial side. It's harder for us in England than in France. Although the level of racing is good, the prize-money matters, which is why races like the Tattersalls sales race are an attraction.

"We don’t want England to become kind of a nursery place. Horses like this, you don't come across them every day, but obviously the season must be taken care of. It's a partnership, although we’re also good friends!"

FIRST PUBLISHED 6:22PM, OCT 10 2021
Horses like this, you don't come across them every day, but obviously the season must be taken care of

Kodiac, Mehmas and Saxon Warrior among sires represented at November Flat Sale Sea The Moon's sister to make first appearance in France on Friday Curlin leads the way at Hill 'n' Dale with Charlatan starting out at $50,000 Gun Runner fee soars following stunning results from his two-year-olds Timely update powers Haras de Perelle's Tamayuz filly to the top at Arqana Marmelo to return from France to stand at Norton Grove Stud for 2022