Three of his yearlings sold for $2.5m or more this year 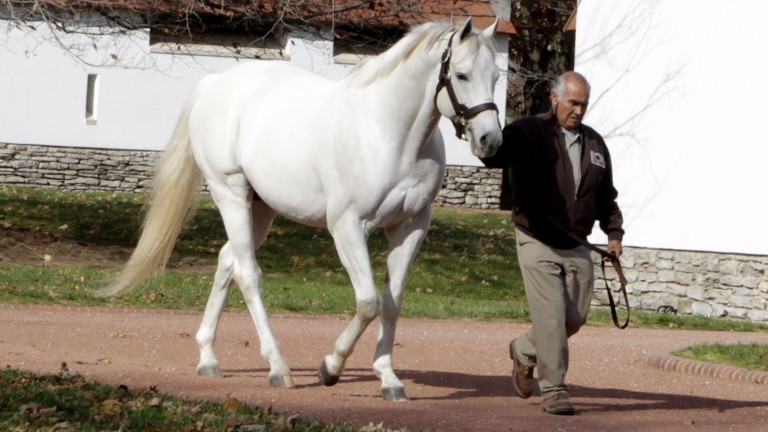 Tapit's progeny continued to be well received at the sales, posting a Keeneland September yearling average of $950,000 - the sale's highest since 2006.

Tapit sired the top-three most expensive yearlings sold in North America this year: a $2.7 million sister to Cupid, a $2.6m colt out of Miss Besilu, and a $2.5m colt out of Tiz Miz Sue.

Empire Maker, the sire of 11 elite winners, will again stand for a fee of $85,000. His first Gainesway-sired crop, since Empire Maker returned from a five-year stint in Japan, were foals this year and include a $425,000 filly sold at the Keeneland November Sale.

Karakontie, a three-time winner at the highest level, will stand his third season at Gainesway at a fee of $10,000. Foals from his first crop sold for up to $250,000 this year.

Dual Graded stakes winner Bird Song is a new addition to the Gainesway roster for 2018. The son of Unbridled's Song and champion US three-year-old filly and Kentucky Oaks winner Bird Town will be offered to breeders at a fee of $5,000.

FIRST PUBLISHED 5:15PM, NOV 11 2017
The sire of Frosted increased his tally of Grade 1 winners to 23 in 2017, with Tapwrit becaming his third Belmont Stakes winner in four years