Precieuse and Blond Me both scored at top level in 2017 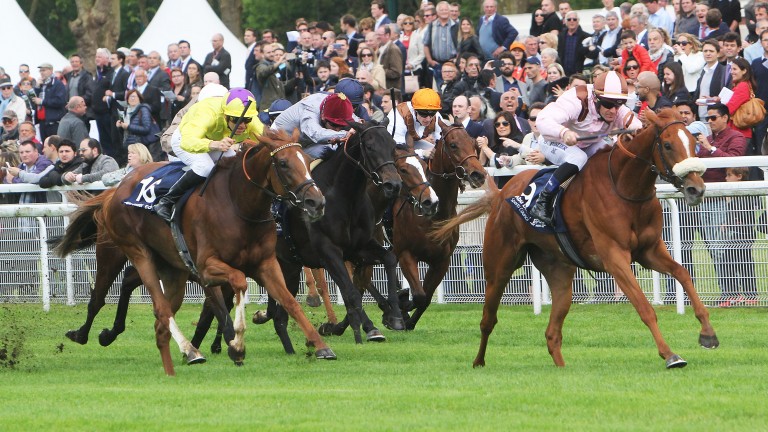 Precieuse (right) clears away from the field in the Poule d'Essai des Pouliches
focusonracing.com
1 of 1
By Zoe Vicarage 11:44PM, NOV 11 2017

Two winners at the highest level this year saw Tamayuz earn a hike from €8,000 to €12,500 as Derrinstown Stud unveiled its fees for the 2018 breeding season on Thursday.

The 12-year-old son of Nayef started the campaign with a bang when Precieuse landed the Poule d'Essai des Pouliches in May, and last month the Andrew Balding-trained Blond Me produced a dominant display in the EP Taylor Stakes at Woodbine.

The duo join Haydock Sprint Cup hero G Force as top-tier flagbearers for their sire, while another son, Sir Prancealot, has made a fine start to his own stud career. Desert Skyline's Doncaster Cup was another highlight of 2017 for a sire from the same family as perennial champion Galileo.

The Derrinstown roster is headed by Irish 2,000 Guineas winner Awtaad, who remains unchanged at €15,000. Multiple Group scorer Markaz likewise stays at €6,000. Completing the line-up is Haatef, who will stand his fourth consecutive season at a fee of €2,000.