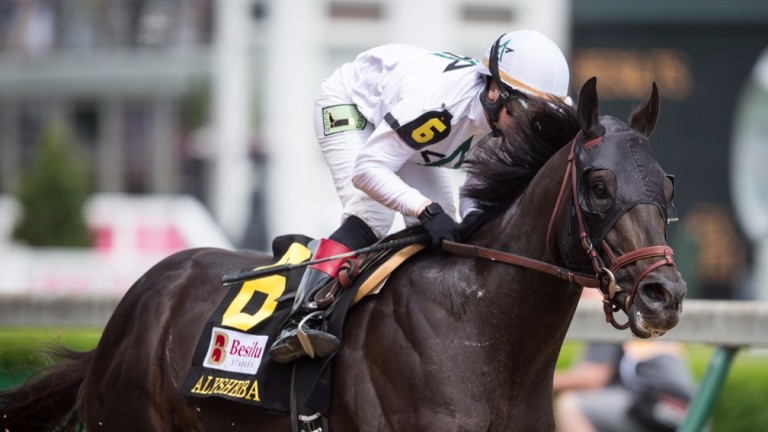 Florida Derby winner Take Charge Indy, who has spent the first three years of his stallion career at WinStar Farm in Kentucky, has been purchased by the Korea Racing Authority and will stand in South Korea in 2017.

Elliott Walden, WinStar president and chief executive said: "Selling Take Charge Indy was one of the toughest decisions I've had to make in my time as a syndicate manager, but, ultimately, we have to blend the passion we have for our horses with business principles for our shareholders.

"Sometimes, difficult decisions like this arise for that philosophy. The KRA has had strong interest in the horse, and they simply made an offer that was too good to turn down.

"Take Charge Indy is a great-looking son of A.P. Indy, and he's been given a terrific shot, with three large WinStar crops in the pipeline. We wish the KRA the best of luck with him, and the good news is we have the option to bring him back to America in the future."

The seven-year-old will enter quarantine before shipping to South Korea to take up residence at his new home of Jeju Stud Farm. The deal for Take Charge Indy includes an option for WinStar to buy back the stallion in the future.

A Graded stakes performer at two on the track, Take Charge Indy captured his biggest win in the Florida Derby at Gulfstream as a three-year-old. He went on to capture the Grade 2 Alysheba Stakes at Churchill as a four-year-old, before retiring with earnings of $1,103,496.

Out of 2013 broodmare of the year and Grade 1-winning racemare Take Charge Lady, the regally-bred Take Charge Indy is a half-brother to multiple Grade 1 winner Will Take Charge, and is closely related to champion two-year-old filly Take Charge Brandi.