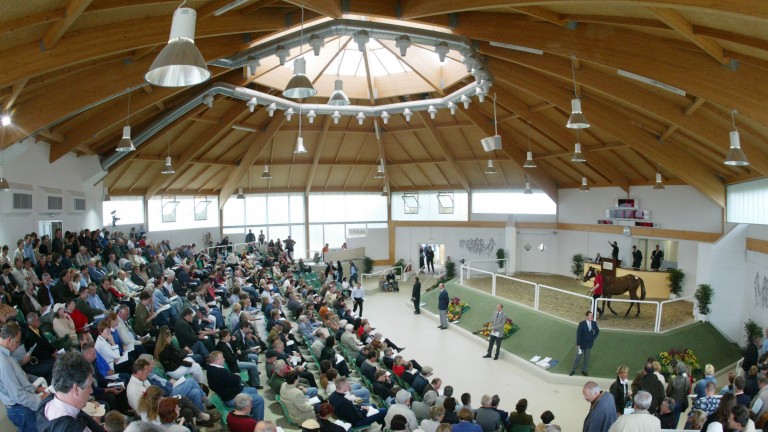 BBAG's two-day October Sale concluded on Saturday with decreases in all key indicators of market health from last year's renewal.

The top price in Saturday's second session was €61,000, given by trainer Henk Grewe for a Tai Chi yearling half-brother to French Listed winner Amirant who has already been named A Winning Warrior.

Grewe reported the colt had been bought for a new syndicate of 16 women who go by the name of Club Rosé. Founded in Cologne, it is thought to be the first all-female large ownership syndicate in Germany.

As is an unfortunately familiar tale in German auctions, two of the other highest prices achieved on Saturday – €58,000 and €55,000 – were not enough for the yearlings in question – a Bated Breath colt and a Kendargent filly – to change hands and they went down as unsold.

An Areion three-parts sister to Italian Derby winner Feuerblitz offered by Marlene Haller did however find a new home, when knocked down to trainer-turned-agent Andreas Lowe on behalf of Gerd Mosca's Gestut Winterhauch for €55,000.

FIRST PUBLISHED 10:35PM, OCT 19 2019
Grewe reported the colt had been bought for a new syndicate of 16 women who go by the name of Club Rosé