Swipe to stand at Ravdansen Stud in Sweden in 2017

Son of Birdstone was runner-up to Nyquist four consecutive times 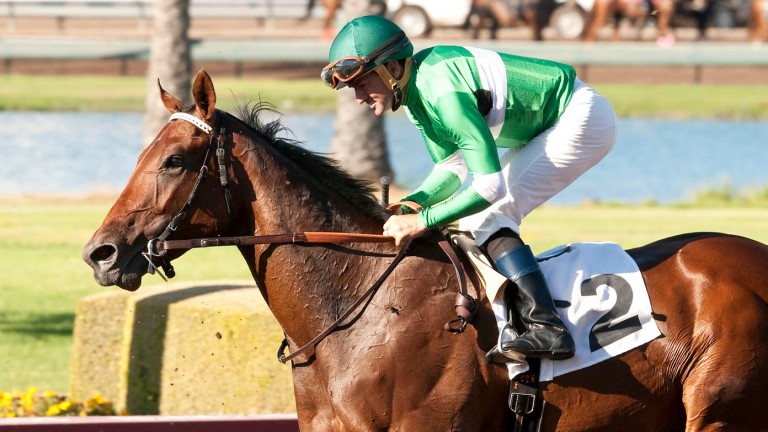 Last year's Breeders' Cup Juvenile runner-up Swipe has been purchased privately to stand at Ravdansen Stud in Sweden in 2017.

He is set to undergo a period of quarantine before arriving in the Scandinavian country early next year.

Bred by Lou Oppenheim, Swipe was by Birdstone out of the Grand Slam mare Avalanche Lily, a half-sister to stakes winners Horatio and Skewing.

Swipe was trained by Keith Desormeaux and raced in the colours of Big Chief Racing. He was withdrawn from the Keeneland November Breeding Stock Sale, having been entered as a stallion prospect.

The three-year-old raced 11 times from two to three, with his only win coming in a juvenile stakes on his third start at Los Alamitos.

Swipe was then runner-up to Nyquist on four consecutive occasions, most notably when beaten a half a length in the Breeders' Cup Juvenile at Keeneland, after which he had to have a bone chip removed. He recovered and raced on at three but injury problems resulted in his retirement.

FIRST PUBLISHED 1:49PM, DEC 16 2016
He was withdrawn from the Keeneland November Breeding Stock Sale, having been entered as a stallion prospect