The Dandy Man colt was picked up for £32,000 by Ed Sackville at the Premier Sale 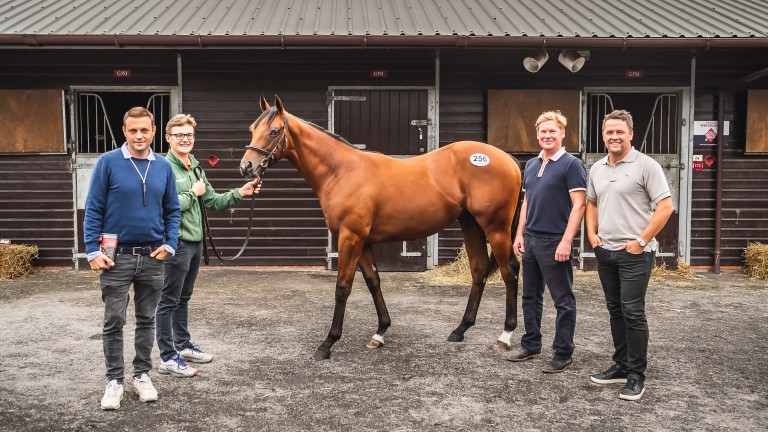 Connections of Ever Given came away smiling after last week's Goffs UK Premier Yearling Stakes success, not just because of the purse on offer at York but because of an extra prize that came their way and was duly cashed at this week's sale in Doncaster.

The bonuses, offered by Goffs UK in association with York and Theault Horseboxes, included that winning connections of the sales contest on the Knavesmire received a voucher equivalent to the previous year’s average price at the Goffs UK Premier Yearling Sale - £34,007 - to spend at the two-day auction in Doncaster this week.

The owners of the Tom Dascombe-trained Ever Given, the Dandy Boys partnership, headed by former footballer Michael Owen, landed, appropriately, on a Dandy Man colt on the second day of the Premier Sale.

Ed Sackville came away with the winning bid at Doncaster when going to £32,000 to secure Herbertstown House Stud's yearling, and the agent was effusive in his praise for the initiative.

Sackville said on Thursday: "It's exciting and we're obviously very grateful to Goffs UK for the voucher."

The strong-looking colt is out of the Listed-placed Muhtathir mare Naadrah, and by a stallion who has provided Dascombe's yard with plenty of success, most notably through Group 3 Mercury Stakes winner Dr Simpson, stakes scorer Big Time Baby and this season's Group 3-placed juvenile Delmona. 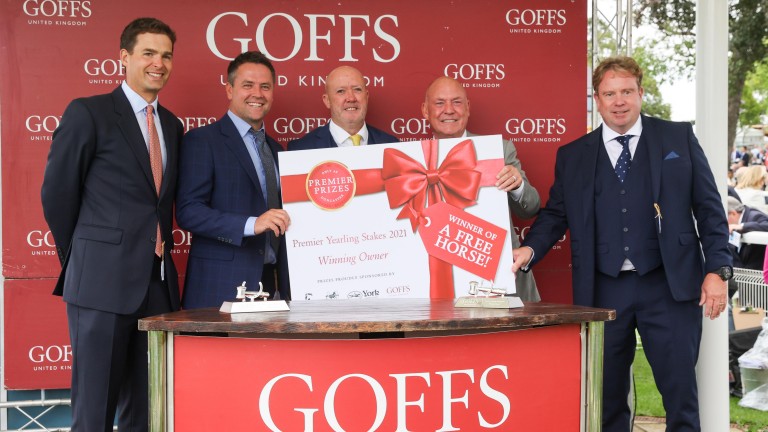 Sackville continued: “The horse is by a stallion Tom Dascombe has had a lot of success with – Dr Simpson, Fine And Dandy, Delmona to name but a few – and he is from a very good nursery in Herbertstown House Stud.

"He looked a strong, sharp and precocious two-year-old type. Hopefully he will bring the same success that Ever Given has."

Ever Given has now won four of his six starts and more than £130,000 in prize-money, and he could be aimed at another valuable juvenile sales prize in the Weatherbys Scientific £200,000 2-Y-O Stakes at Doncaster's St Leger meeting next month.

With Owen's Dandy Boys syndicate in its infancy, Sackville acknowledged the importance of bonus prizes when it comes to encouraging fledgling or potential new owners, along with those already involved in the sport.

"These are great incentives - obviously Tattersalls have their Book 1 and breeze-up bonuses and Goffs have theirs," he said.

"All of these incentives are incredibly helpful and hopefully will encourage people into racehorse ownership."

Harry Angel colt a 'man against boys' after topping Premier Sale at £220,000

FIRST PUBLISHED 5:30PM, AUG 26 2021
All of these incentives are incredibly helpful and hopefully will encourage people into racehorse ownership