International IT'S THAT MAN AGAIN

A look at the pedigree of the Irish Champion Hurdle hero 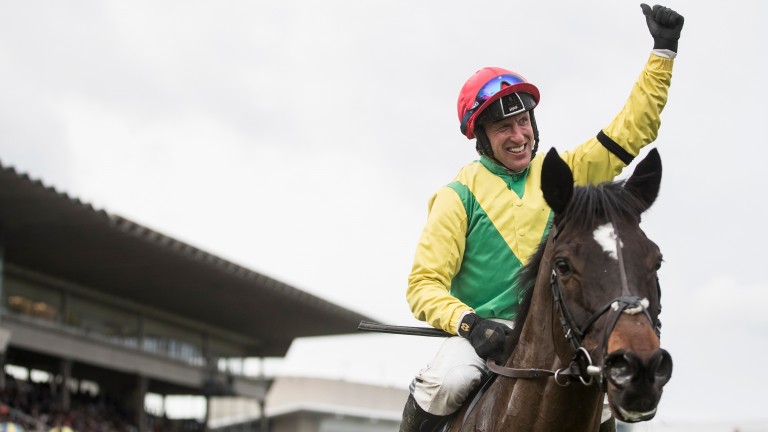 Supasundae: hails from a Flat family that has come up with decent jumpers before
Patrick McCann
1 of 1
By Martin Stevens UPDATED 2:48PM, FEB 4 2018

Such is the Midas touch of Galileo that whatever he turns his hand to can be expected to turn to gold.

The Coolmore phenomenon is sire of 70 top-level winners around the world including the incomparable Frankel; featured as paternal grandsire of last year's standout European talents Cracksman and Enable and one of the most exciting freshman stallions of 2017 in Havana Gold; and is maternal grandsire of numerous high-class runners including reigning champion two-year-old US Navy Flag.

Galileo is also a fine source of jumpers, and he proved that again as son Supasundae comfortably accounted for the legendary Faugheen to take the BHP Insurance Irish Champion Hurdle at Leopardstown on Saturday.

Other classy representatives of the sire in the National Hunt sphere include the likes of Ballyglasheen, Royal Irish Hussar and Swing Bowler.

Galileo is of course taking after his own breed-shaping sire Sadler's Wells in becoming such a strong influence over jumps. 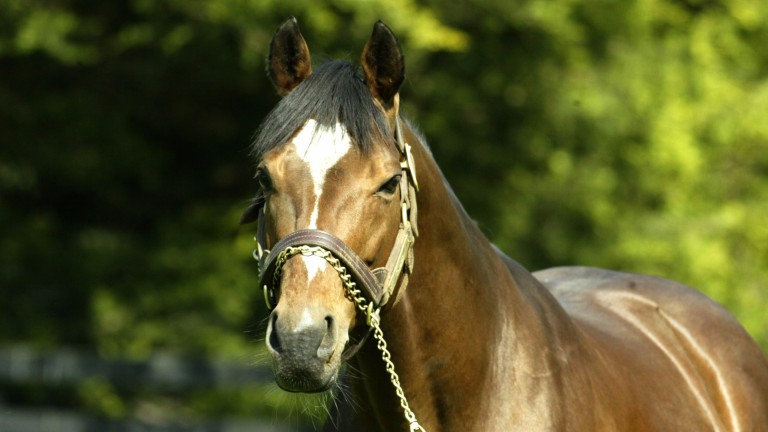 Galileo: is there nothing the champion Flat sire cannot do?
Coolmore

Although Galileo stands at a prohibitively expensive fee that means he receives only the very cream of Flat mares, he has covered a select few jumps-oriented dams each year at Coolmore, most owned by JP McManus, a close associate of the stud.

For example, in 2016 he covered Hi Native, the dam of Grade 1-winning chaser Gilgamboa, and Rainbow Star, a daughter of Flemensfirth and Bilboa.

The only entry point into Galileo's genes for other jumps breeders is to use his sons at stud. They are headed by Soldier Of Fortune, whose early jumpers include Flying Tiger, Mega Fortune and Tin Soldier, and who was the busiest sire in Europe last year, covering 352 mares at Beeches Stud.

Other sons of Galileo proven as jumps sires are Mahler, whose progeny include Sutton Place and who also stands at Beeches Stud, and Vendangeur, the source of Arzal who calls Anngrove Stud home.

Supasundae, however, was very much bred to be a Flat performer by one of the leading nurseries in Europe, Newsells Park Stud in Hertfordshire.

He is out of Distinctive Look, a winner over 1m1f for Brian Meehan and her owner-breeder the Sangster family who was bought by Newsells Park for 825,000gns when she came up for auction as part of the dispersal of the late Robert Sangster's mares in 2007.

The reason for the mare's steep price was her pedigree, as she is by Danehill out of blue hen Magnificient Style, who produced Group 1 winners Nathaniel and Great Heavens to Galileo and the top-class trio Changing Skies, Percussionist and Playful Act to Sadler's Wells.

Since Supasundae was born, Distinctive Look has been sold to the Wertheimer brothers and they have bred from her Distingo, a five-year-old son of Smart Strike who was an easy winner of a Plumpton maiden hurdle on his debut for Gary Moore on Monday.

The dam has a three-year-old colt by Henrythenavigator called Twenty Twenty in training with Yan Durepaire in France and a yearling filly by Sea The Moon named Night And Day. Last year she was covered by Equiano.

Supasundae's family has a habit of coming up with a useful jumper. Percussionist went on to win the Grand National Hurdle in America, while his Sun Chariot Stakes-winning half-sister Echoes In Eternity produced Whispering Gallery, a smart stayer who notched two victories in novice hurdles.

Further back in the pedigree appears Double Honour, a prolific winner over hurdles, fences and in the point-to-point field.

Supasundae has a rollercoaster sales history. Originally a 195,000gns vendor buyback at the prestigious Tattersalls October Book 1 Yearling Sale, he was later a £5,000 purchase outside of the ring at the Doncaster November Horses in Training Sale in 2013.

After winning a Wetherby bumper for Tim Fitzgerald he was a £47,000 buyback at a boutique jumps sale at Newbury, but he went on to win a Listed event for Andrew Balding before changing hands privately for a presumably huge sum to race for Alan and Ann Potts.

Galileo cleans up at the Cartiers without winning a single award

Jim Bolger: the man who put Galileo the supersire on the map