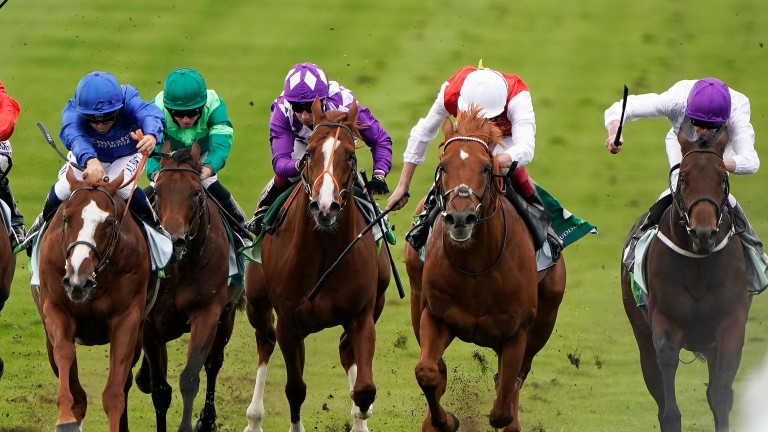 Middle Park Stakes third Summer Sands is one of five interesting wildcards added to the Tattersalls Autumn Horses in Training Sale between October 28 and 31.

Richard Fahey's juvenile, who races in the colours of The Cool Silk Partnership, won the Brian Yeardley Two Year Old Trophy at Beverley in early summer and rounded off his campaign with a very easy win in the Listed Redcar Two Year Old Trophy.

The son of Coach House is catalogued as lot 720A on Tuesday, October 29 and will be consigned from Fahey’s Musley Bank Stables.

Another wildcard that looks set to attract plenty of interest is the James Fanshawe-trained three-year-old Pondus (1110A), who has been placed at Group or Listed level in three of his last four starts.

There are two Irish consigned wildcard lots including the Joseph O’Brien trained Pasley (390A), a winner on his most recent start at Gowran Park.

Also coming from Ireland will be the Jim Bolger trained Ten Year Ticket (643A), a winner at his only start at the Curragh last Tuesday.

Completing the quintet of wildcards is another first time out two-year-old winner in Seasony (808A), who overcame inexperience to strike at Chelmsford last month for Mark Johnston.

FIRST PUBLISHED 4:24PM, OCT 24 2019
Another wildcard that looks set to attract plenty of interest is the James Fanshawe-trained three-year-old Pondus