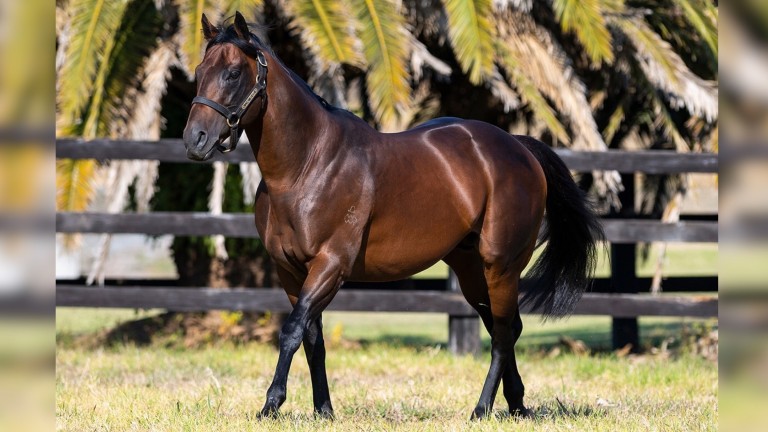 Spill The Beans, who shuttled to the National Stud for the 2018 northern hemisphere breeding season, died suddenly at Canungra Stud in Queensland on Friday morning.

The son of champion sire Snitzel captured the Group 2 QTC Cup as a three-year-old before retiring to Aquis Farm's stallion base in Canungra, where he had been in high demand throughout his short career at stud, covering 489 mares in his first three seasons.

Spill The Beans covered 202 in his first year alone, making him the most popular newcomer to stud in Australia in 2016.

Aquis managing director Shane McGrath said: "It's always devastating to lose a stallion, but with Spill The Beans we felt we had something very special.

"As one of the first stallions secured to stand at Aquis, he had a special place in the hearts of the entire team, my condolences go out to Mr Fung, his family, and all our team that have worked with him."

Spill The Beans commenced his career with back-to-back wins to end his juvenile season unbeaten.

At three, he captured the Group 3 Hawkesbury Guineas before highlighting his class once again when successful in the Group 2 QTC Cup, which was to be his final race start.

Make sure you're in the know!

Subscribe to make sure you never miss updates from Australia, New Zealand and beyond and to have ANZ Bloodstock News delivered to your inbox every day. It’s free!

FIRST PUBLISHED 11:24AM, NOV 1 2019
It's always devastating to lose a stallion, but with Spill The Beans we felt we had something very special