Stroud strikes for €300,000 Showcasing colt as Godolphin step up 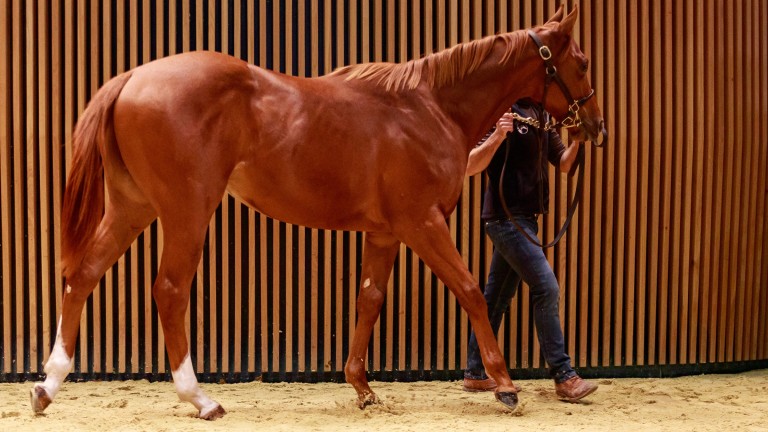 A son of Whitsbury Manor resident Showcasing led the way on day two of Arqana’s four-session October Yearling sale, with Anthony Stroud striking the winning bid at €300,000 on behalf of Godolphin.

Sheikh Mohammed's lieutenants appeared to be relatively quiet during Tuesday's sale opener but the colt - whose siblings Zyarid and Zayva have shone at Group and Listed level - put Godolphin and their principal trainer in France back in the spotlight.

"He is for Godolphin and will go into training with Andre Fabre," said Stroud. "He is a nice athletic horse, a good mover and well-balanced."

Benoit Joffrey's Haras de Castillon team were celebrating a high-priced sale for the second day in a row after consigning a €370,000 filly by Shalaa that was second-top lot lot on Tuesday.

The Showcasing colt's dam, the King's Best mare Zayanida, was bought from the Aga Khan Studs draught while in foal to Paco Boy at the Arqana Breeding sale four years ago for €47,000

Wootton Bassett at the double

Haras d'Etreham's Wootton Bassett was a sire in demand at the top end of the market, with two of his yearlings breaking the six-figure barrier. 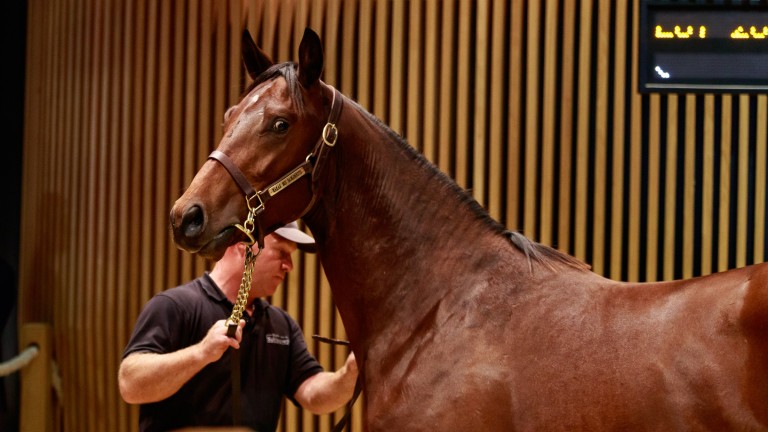 A colt consigned by the Haras des Sablonnets from the close family of Soleil Marin was snapped up by Chauvigny Global Equine's Sebastien Desmontils for €200,000.

Desmontils was among the buyers of the top lots on day one and once again was forced to dig deep to secure his target.

"He is for the same new Japanese client that I bought on behalf of yesterday," said Desmontils. "He's a really nice Wootton Bassett, very correct and a good mover. He vetted perfectly as well.

"Wootton Bassett is a very exciting stallion who has done a lot of good things with cheaply-bred crops. This horse was conceived at 20 grand and we hope he'll be a nice horse from a very nice family. He looks precocious enough and will be trained in France." 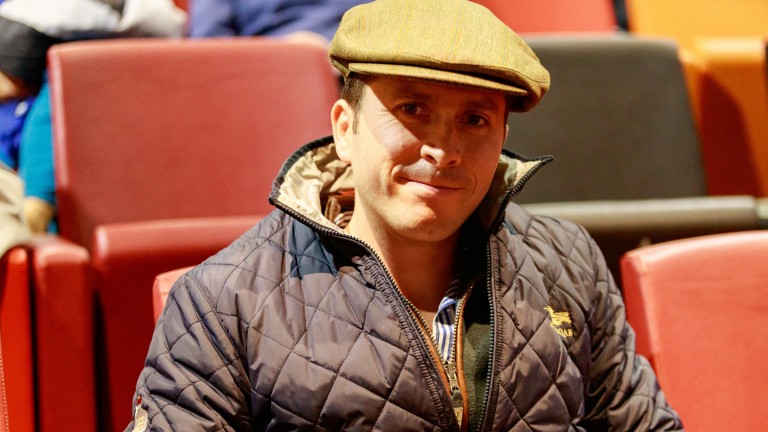 The colt is out of the Invincible Spirit mare Accalmie, and counts Prix de Malleret runner-up in Underwater as her maternal grandam

While Accalmie's siblings Investissment and No Joy both excelled on the track, it is the less heralded Sousmarine that has proved a revelation in the breeding shed recently, producing the dual Group winner Soleil Marin, and whose Holy Roman Emperor colt Sous Les Nuages made a very promising debut for Fabre at Saint-Cloud earlier this month.

Early in the session Wootton Bassett was also the deciding factor for Hubert Guy, who went to €135,000 for a filly bred by Etreham and already named Girl On The Moon. 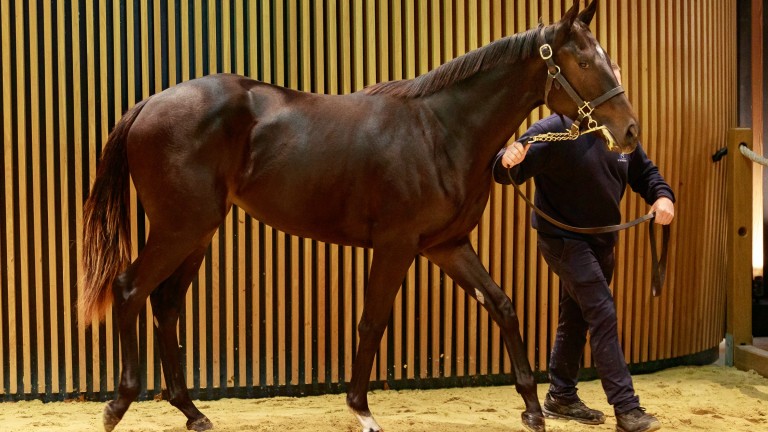 Guy has already enjoyed success with a daughter of Wootton Bassett bought here last August for €75,000 and is likely to send this filly to the same trainer, Fabrice Chappet.

"She's a very attractive filly and I bought Mageva last year for a little less," said Guy. "Wootton Bassett seems to be progressing - sometimes we get lucky, sometimes we don't - she's for a syndicate, I've pulled quite a few people together and she'll probably go to Fabrice Chappet."

The filly is out of the Miesque's Son mare Tempera Noire, who produced Mademoiselle Marie from her first cover by Evasive, a winner at Listed level and sixth in Senga's Prix de Diane.

Territories was arguably a little unlucky not to have carried an even better race record into retirement at the end of his three-year-old career with Andre Fabre.

But the son of Invincible Spirit has made a bright start to his time at Dalham Hall, his first crop of yearlings accounting for five six-figure lots at Tattersalls earlier in the month and another at the Goffs Premier sale. 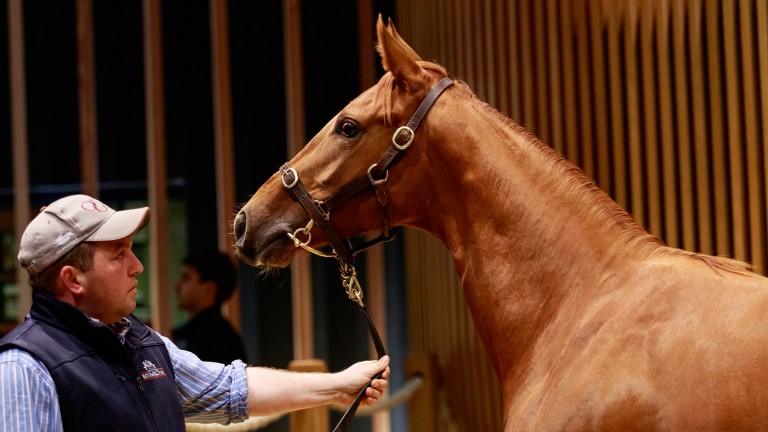 A filly yearling by Territories was sold by JK Thoroughbreds for €260,000 at Arqana on Wednesday
Zuzanna Lupa

A filly out of the Singspiel mare Irish Song presented by Franco-Irish operation JK Thoroughbreds became the most expensive horse by Territories sold to date when falling to the Haras de Victot team for €260,000.

Alban de Mieulle and Qatar's Sheikh Abdulla Bin Khalifa Al Thani spent much of the session in pursuit of broodmare prospects but both men believe this filly has the requisite qualities to thrive on the track as well.

"Her conformation and her model mean she looks like she could be a racehorse first, while she obviously has the pedigree for her future as a broodmare," said de Mieulle.

Out of a Raven's Pass mare from the family of Beautiful Romance, the colt was secured by Anoj Don and Daniel MacAulliffe for €90,000 on behalf of Katie Walsh's Greenhills Farm.

Mathew Becker's Victoria-based Group One Bloodstock have already made one high-profile acquisition in Europe this year when purchasing Le Don De Vie in partnership with Aziz Kheir and Matt Houldsworth for £460,000 at the Goffs London Sale. 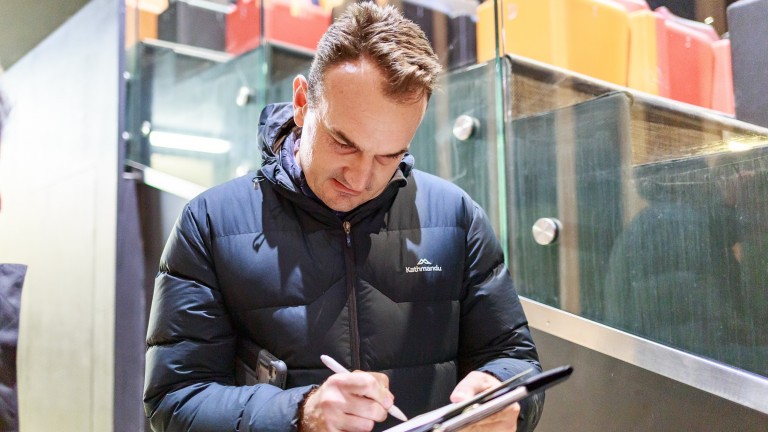 It was in the spirit of unearthing a future Cups prospect that Becker struck at €110,000 for La Motteraye's son of Camelot out of the unraced Mr Greeley mare Princess Aurora.

"He's for clients of my agency and he'll be syndicated to race in Australia," said Becker. "We like the sire Camelot, he's doing good things in Australia. We feel that they're very good horses to stay a trip in Australia and we're trying to find more of those horses to syndicate. Hopefully they can end up in our major Cup races in the future.

"He's my first purchase at Arqana and hopefully it's a lucky start."

Comparisons with the Wednesday of the 2018 sale are difficult since that day last year was in effect a half session to complete the prime part of the catalogue, with only 116 lots sold.

But the reconfiguration, designed to frontload the lots likely to attract the key international buyers on Tuesday, certainly seems not to have adversely impacted the cumulative trade over the two days.

While the clearance rate was once again slightly below last year it remains at a respectable 75 per cent for the two days, while the average and median prices rose on both the single day and two-day equivalents for last year.

FIRST PUBLISHED 10:09PM, OCT 23 2019
He is for Godolphin and will go into training with Andre Fabre. He is a nice athletic horse, a good mover and well-balanced