Growth in several of the key indicators 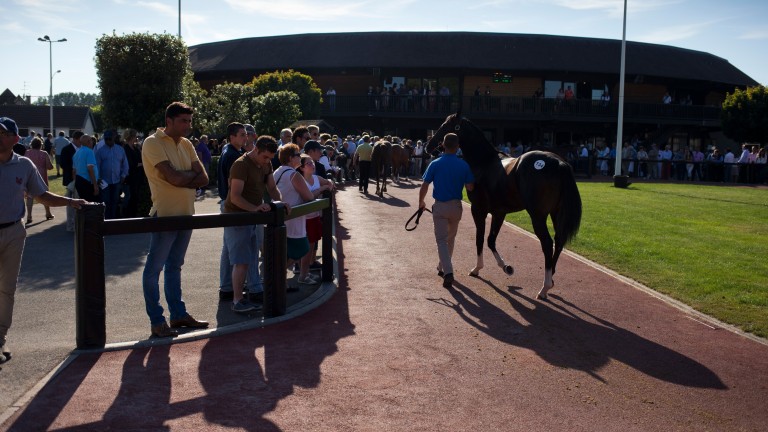 Arqana recorded a five per cent year-on-year increase in turnover in 2016 to €129,608,000 (including private sales), breaking the record figure they set last year.

The clearance rate increased slightly to 78 per cent from 77 per cent after the company monitored the signs of overproduction and offered 60 fewer horses as a result.

The August Yearling Sale was topped by a €1,400,000 Galileo filly bought by Peter and Ross Doyle, MV Magnier and Mayfair Speculators, and the strength of the market helped the median rise to a record 15 per cent to €110,000.

The Arc Sale posted a strong set of results thanks to Toulifaut, a filly by Frankel who commanded a figure of €1.9m, while Rockfel Stakes winner Spain Burg sold for €1.5m.

Arqana continued to develop its online platform holding seven auctions online, including a Le Havre share that fetched €400,000, and Arc runner Vedevani who was bought for €800,000 by the Chantilly Bloodstock agency.

At the Breeding Stock Sale, the first session saw high-quality drafts contribute towards an 80 per cent clearance rate, while overall, the sale saw an 11 per cent drop in turnover. The National Hunt store sales saw a 50 per cent increase as five lots sold for six-figure sums.

Arqana chairman Eric Hoyeau said: "As another year ends with growth in all our key indicators, we gear up to start the second decade of Arqana on the right foot.

"In a demanding market, the work of our entire team, of our international representatives, of our partner the FRBC combined with that of our vendors, and, most importantly, the support of all our buyers, big and small, have enabled us to consolidate our major sales.

"A further step up was even taken on some intermediary auctions such as the October Yearling Sale owing to a closely adjusted catalogue and the efforts of French breeders to upgrade their stock.

"Two boutique sales held on the eve of major race meetings, the Breeze Up sale and the Arc Sale, were successfully relocated: the former elected base in Deauville for the first time alongside the French Guineas while the latter took place in Chantilly as we all wait for the Arc weekend to be held in the new Longchamp.

"The 2016 season was also marked by technological innovations. Online sales truly broke through and now form integral part of our offer to vendors and the repository was launched to general acclaim by professionals."