Kerri Radcliffe snaps up the two-year-old for €1.4 million 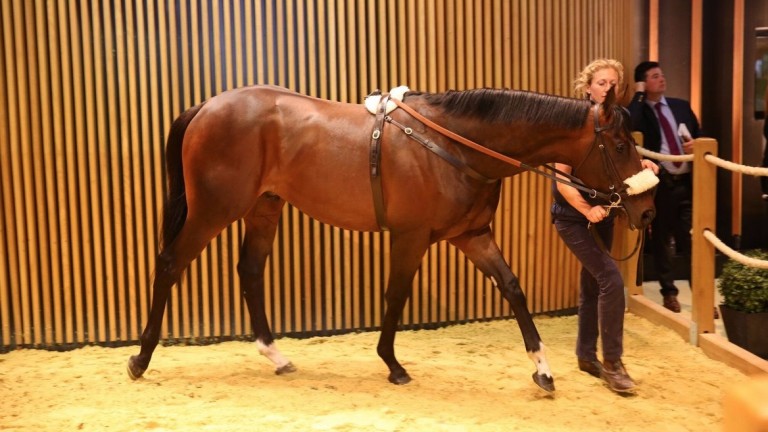 The Arqana Breeze-Up Sale broke new ground on Friday when a Street Sense colt was sold to Kerri Radcliffe for an auction-record price of €1.4 million.

It is the second year in a row that the sale has recorded a new record price, as in 2016 Middle East, a Frankel filly bred on the same Danehill Dancer cross as Cunco, was bought by Al Shaqab Racing for €800,000.

This year it was the turn of a Street Sense colt out of the Listed-winning Seattle Slew mare Mystic Melody, who is from the family of Grade 1 winner Alpha.

Offered by Willie Browne's famed Mocklershill breeze-up operation, the colt was bred by Godolphin and goes down as one of the best pinhooks of recent times, having been picked up by MC Bloodstock for the bargain sum of $15,000 at last year's Keeneland September Yearling Sale.

Radcliffe said: "I've been to every two-year-old breeze this year and he's the nicest colt I've seen. He's for Phoenix Thoroughbreds, who I've been buying for recently. We want to buy the best we can and he fitted the bill. He will be trained by my husband, Jeremy Noseda and is the first one I've bought for them in France."

"I had a fair idea he'd make that much. I've bought 15 [horses] for Phoenix this year and those in America have gone to Bob Baffert. He has the Congrats filly who has been named Diamonds And Pearls who he thinks its the real deal. He's also got a Super Saver colt and a Medaglia D'Oro colt that I bought privately."

FIRST PUBLISHED 3:32PM, MAY 12 2017
He's for Phoenix Thoroughbreds. We want to buy the best we can and he fitted the bill