Stowaway stands tall at the head of the Cheltenham sire rankings - just! 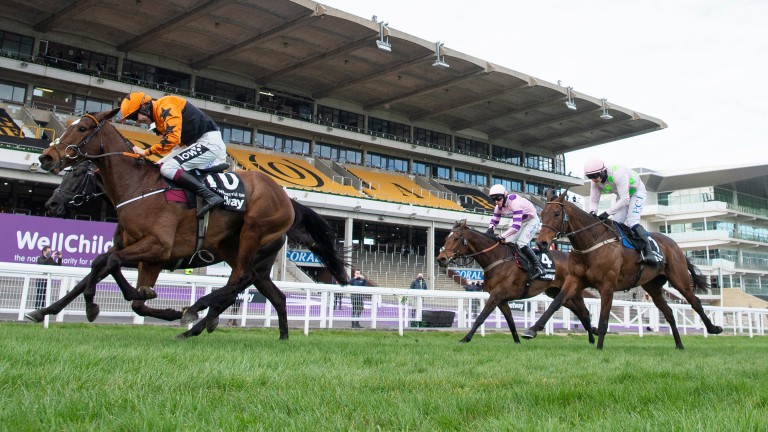 Put The Kettle On: the highlight in an excellent week for Stowaway
Edward Whitaker (racingpost.com/photos)
1 of 1
By Kitty Trice 6:30PM, MAR 19 2021

Stowaway maintained his poll position at the top of the sires' table following an excellent showing from a number of his offspring at the Cheltenham Festival.

The late son of Slip Anchor enjoyed a Grade 1 double on the second day, with Monkfish defeating Fiddlerontheroof for a one-two in the Brown Advisory Novices' Chase, before Put The Kettle On's battling victory in the feature Queen Mother Champion Chase

The former Whytemount Stud resident added a further two winners the following day, with Telmesomethinggirl's easy success in the Mares' Novices' Hurdle and The Shunter's bonus win in the Plate Handicap Chase.

In addition, his impressive Dublin Racing Festival victor Kilcruit finished second in the Champion Bumper, while the Tom Lacey-trained Tea Clipper was third in the Coral Cup.

It was his two runners-up that sealed the deal for Stowaway, with Yeats also having four winners and three others finish in the first three - but all three of those were third. 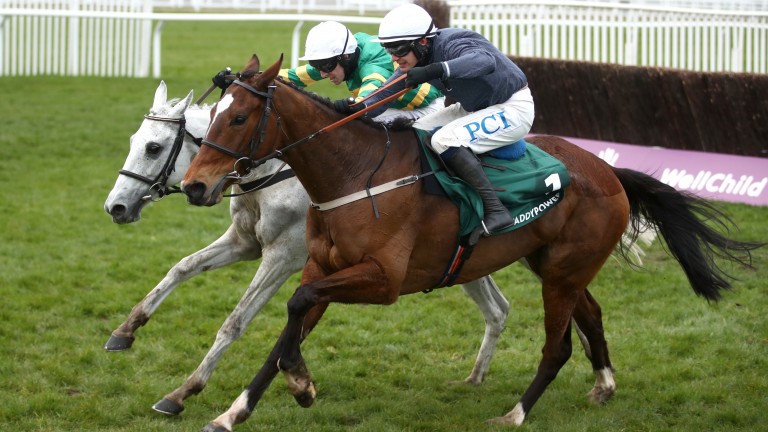 Colreevy: second daughter of Flemensfirth to triumph at the 2021 festival
Pool

The recently-retired Flemensfirth had two daughters in Mrs Milner and Colreevy claim Cheltenham success, in the Pertemps Final and the new Mares' Chase respectively.

The Group 1-winning son of Sadler's Wells stands at Glenview Stud, and this year's festival will have done his reputation no harm at all.

Monkfish proves the catch of a lifetime for Richard Busher

FIRST PUBLISHED 6:30PM, MAR 19 2021
It was his two runners-up that sealed the deal for Stowaway, with Yeats also having four winners and three others finish in the first three