Starspangled filly from Australia unsold but adventure not over 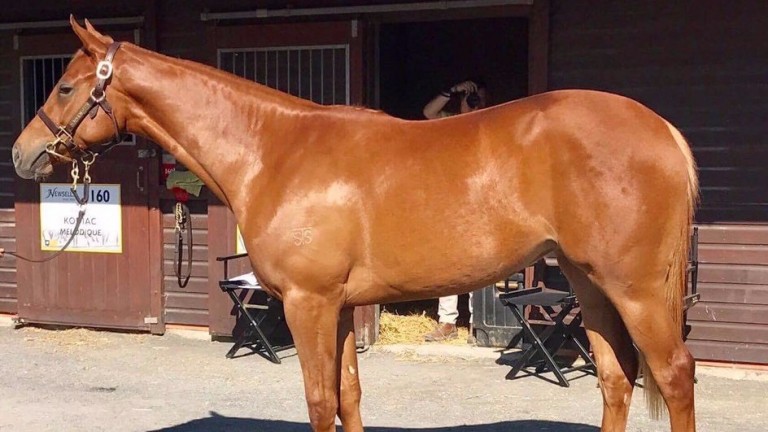 The Starspangledbanner filly who could now be leased to a trainer
Stockwell Thoroughbreds
1 of 1
By Martin Stevens UPDATED 12:55AM, AUG 31 2017

The daughter of Starspangledbanner who came all the way from Victoria in Australia to the Goffs UK Premier Yearling Sale at Doncaster may have failed to change hands for £29,000 on Wednesday but she may yet show her around-the-world trip was worth it.

The father and son team of Mike and Brodie Becker – who run Stockwell Thoroughbreds at Diggers Rest, north-west of Melbourne, and masterminded the long-range consignment – are open to private offers for the filly but are prepared to show owners and agents just what they have missed out on.

“The result was a bit disappointing but this is the game we're in,” said Brodie Becker. “So now we move onto plan B.

“We were always prepared that if we didn't get our reserve we would look to lease her out to a trainer and hope she can go on to win some nice races over there [in Europe].

"If she did that, it would give us the opportunity to put her in foal and bring her home or sell her in foal.”

The filly, bred in Australia to northern hemisphere time, was prepped for the sale and presented by Amy Billinghurst, who has a property with her mother in Cheltenham and is working for a year with Stockwell Thoroughbreds.

She certainly has the pedigree to win races and is entitled to have a touch of class, as both her siblings to have raced have won on multiple occasions, and she is out of a half-sister to Group 2 winner Hasselhoof from the family of New Zealand champion Lord Ted.

New name on the scene as Orbis Bloodstock comes to Doncaster

FIRST PUBLISHED 12:50AM, AUG 31 2017
We were always prepared that if we didn't get our reserve we would look to lease her out to a trainer