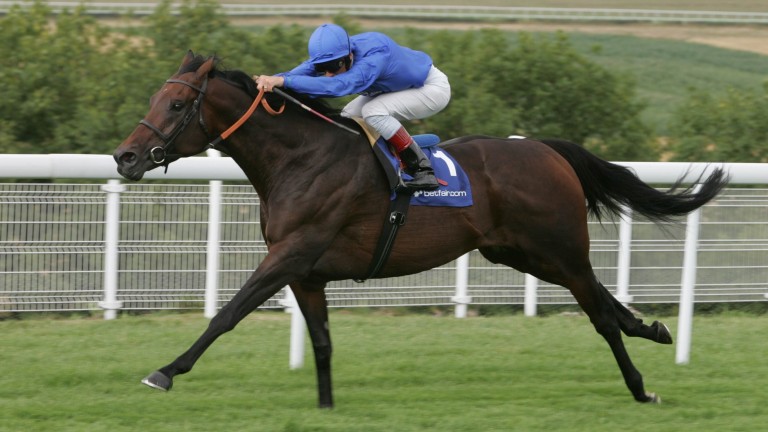 Iffraaj: was in fine form in the southern hemisphere on Saturday
Mark Cranham.
1 of 1
By Martin Stevens 7:51PM, APR 1 2017

Last month's New Zealand Derby and Rosehill Guineas hero Gingernuts might have crumbled when it came to the crunch in the Australian Derby on Saturday, but his sire Iffraaj still supplied the winner of the prestigious contest at Randwick.

It was Jon Snow, another New Zealand challenger who had won the Group 2 Tulloch Stakes last month, who came home in front.

Iffraaj was in fine form in the southern hemisphere on Saturday, with son Maybe Miami winning the Listed Flying Handicap at Awapuni and Melody Belle, a Commands filly out of his daughter Meleka Belle, landing the Group 1 Manawatu Sires Produce Stakes on the same card.

Another son, Turn Me Loose, also finished second in the Group 1 Orr Stakes this year.

It promises to be a good year for Iffraaj in the north, too, with Ribchester losing no caste in defeat when a close third in the Dubai Turf last week and bound to be a force in the top mile events, while his first crop of two-year-olds conceived at a fee as high as €25,000 are set to represent him.

With all the stars aligning for the son of Zafonic, it is not hard to see him standing in 2018 at a higher fee than the £27,500 he is commanding at Dalham Hall Stud this year.

FIRST PUBLISHED 7:51PM, APR 1 2017
It promises to be a good year for the Dalham Hall resident in the north, too