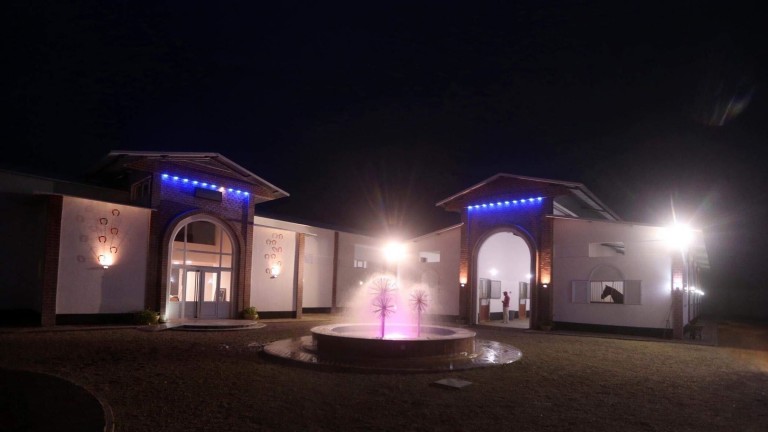 Connections of Al Shaab Stud, the largest thoroughbred breeder in Libya, were left reeling on Sunday in the wake of a ruthless attack by armed militia the day before.

The farm's general manager and equine veterinarian, Dr Amad Eshaab, took to Twitter on Sunday, announcing the stud had been looted and its horses, including six in-foal mares and six stallions, had been stolen.

"I'm so sad and my heart is broken. It's my life's work, for my country and countrymen. I preserve the national heritage, and now this terrible assault. It's too cruel," Eshaab's post read.

The stud, which is located near Tripoli, was overtaken by armed militia from the city of Tarhuna, and, according to Eshaab, the intruders entered from the southern side of the city and looted everything from veterinary devices and equipment to furniture, generators, jars and water pumps.

The raid came just hours after reports of an attack on a military academy in Tripoli.

According to Al Jazeera, Tripoli's Government of National Accord has been facing an offensive launched in April by Khalifa Haftar's Libyan National Army, which is aligned with a rival government in the east of the country. Air strikes and shelling around Tripoli have increased in the past few weeks.

"Six o'clock yesterday an armed group came from Tarhuna city, militia loyal to Haftar. They stole six in-foal mares who are about to give birth this month or in February," he told BloodHorse. "Then they entered the stallion barn and stole six stallions. They continued to steal from six in the evening until eight in the morning.

"They shot two horses who were wounded in the legs . . . no one could provide an ambulance to help the horses.

Al Shaab Stud is one of the largest stables in North Africa and has bred the top thoroughbreds in Libya, where the farm was established in April 2000.

Raise A Grand, who won the 1998 Solario Stakes for the late Pip Payne, ridden by Gary Carter, was among the stallions stolen.

Eshaab said the other stallions were Eavesdropper, a Kingmambo half-brother to A.P. Indy and Summer Squall; Australian-bred Churchill Downs, who placed in the Golden Slipper in Australia; Brut Force, the top sire in Libya; Metternich, by Seeking The Gold; and Backdraft.

Eshaab, who was in charge of all aspects of care for the horses at Al Shaab Stud, was unable to work for nine months because of violence in the area. However, he is proud of the progress and national heritage the farm represented.

"For 25 years I worked as a veterinarian, educating people. It is sad to see this destruction and ruin. We ask God to compensate us."

As the founder and chairman of the Libyan Horseman's Association, Eshaab has worked for ten years to organise and unite the societies to care for the industry in his country.

"I appeal to the authorities in the city of Tarhuna to intervene to release all stallions and mares," he said. "During the past hours there has been pressure from the Libyan breeders to return the horses immediately.

"Because of threats from Tarhuna militia, which led to my inability to work throughout the war on Tripoli, I am thinking seriously about seeking asylum in any country with my family."

FIRST PUBLISHED 1:50PM, JAN 6 2020
We appeal to all humanitarian organisations and all horse organisations to save the horses of Libya