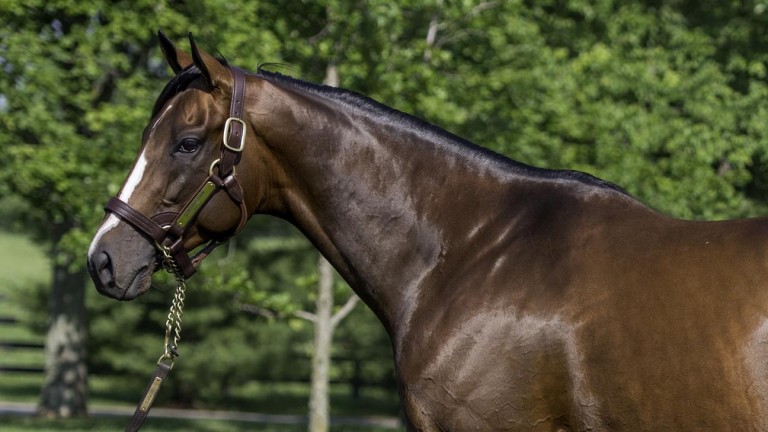 WinStar stallion Constitution has 'over-delivered at every point of his career'
WinStar Farm
1 of 1
By Andrew Scutts UPDATED 5:16PM, OCT 29 2020

The stud has also announced that, in light of the current circumstances facing the industry, fees for most of the stallions on its roster will be reduced.

"During these times we felt it appropriate to drop 75 per cent of our fees,” said Elliott Walden, WinStar’s president, CEO and racing manager.

“We gave two horses a bump - Speightstown, the co-leading sire this year with three Grade 1 winners and fourth general leading sire, and Constitution, who has over-delivered at every point of his career.

"As always, our mission is to offer breeders stallions of the highest quality. We are excited about Laoban joining our roster and three very live horses in the Breeders’ Cup Classic joining our roster for the 2021 breeding season.”

Liam O’Rourke, WinStar’s director of bloodstock services, added: “We are offering breeders the opportunity to secure a limited number of seasons to Laoban, Outwork, and Improbable before the Breeders’ Cup, with their prices subject to change based on their Breeders’ Cup results.”

Improbable, City Zip’s only four-time Grade 1 winner, has rattled off three consecutive Grade 1 scores in 2020 and is the early favourite for next month’s $6,000,000 Breeders’ Cup Classic.

Tom’s D’Etat, by sire of sires Smart Strike, is also a top contender for the Breeders’ Cup Classic for GMB Racing, having registered a brilliant four-and-a-quarter-length victory in this year’s Grade 2 Stephen Foster Stakes.

Global Campaign, a son of two-time Horse of the Year Curlin, heads to the Breeders’ Cup Classic following back-to-back Graded stakes scores and is a winner in three of four starts in 2020 for WinStar Farm and Sagamore Farm. He emulated his sire by capturing the Grade 1 Woodward Handicap on his most recent start. 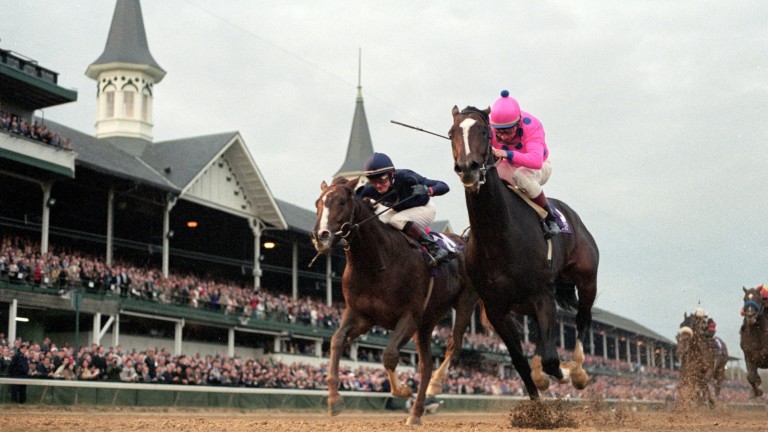 Mick Kinane and Giant's Causeway are beaten into second by Tiznow in the Breeders' Cup Classic
Andy Lyons
The upcoming breeding season will also mark a changing of the guard at WinStar. Tiznow, a multiple champion on the racetrack and an influential stallion who has made an indelible mark on the breed, will be retired from stud duty. Still the only dual winner of the Breeders’ Cup Classic, Tiznow was a champion on the racetrack and in the breeding shed, siring numerous elite runners.

Known as 'The Big Horse Sire', Tiznow is the sire of 15 Grade 1 winners that have won many of the world’s most prestigious events, including Well Armed, Colonel John, Folklore and Tourist. He has also made his mark as an emerging broodmare sire of 34 stakes winners, including multiple Grade 1 winner Tiz The Law.

The complete 2021 roster of stallions and fees for WinStar Farm are below (fees with an asterisk apply until the Breeders' Cup and are subject to change pending results. For Tom's D'Etat and Global Campaign, fees will be announced after the Breeders' Cup)