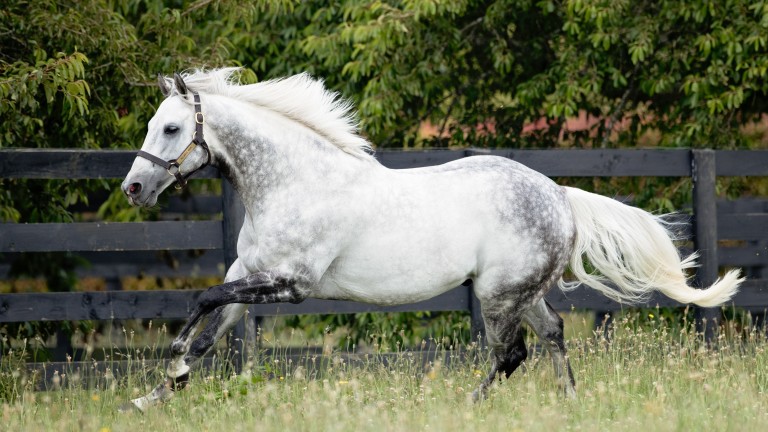 Reliable Man, who returned to Gestut Rottgen last month after a spell at Haras d'Annebault, will stand for €6,500 after the Cologne stud announced its fees for 2021.

As a frequent southern hemisphere shuttler, he has also sired Group 1 stars Miss Sentimental and Miami Bound in Australia and New Zealand, while on Saturday he was responsible for Kirin-Railway Stakes Handicap winner Inspirational Girl, who was providing her sire with his third individual Group 1 winner when taking out the Ascot highlight.

The Grant and Alana Williams-trained five-year-old had won the Group 3 Asian Beau Stakes on her previous start and has been beaten only twice in 11 outings.

Joining 12-year-old Reliable Man at a fee of €6,500 is Melbourne Cup hero Protectionist, who has produced stakes performers Amazing Grace and Milka from his first crop of two-year-olds.

Protectionist, a four-length winner over the admirable Red Cadeaux in the Australian showstopper in 2014, also struck in the Grosser Preis von Berlin at six and landed six stakes contests in all. 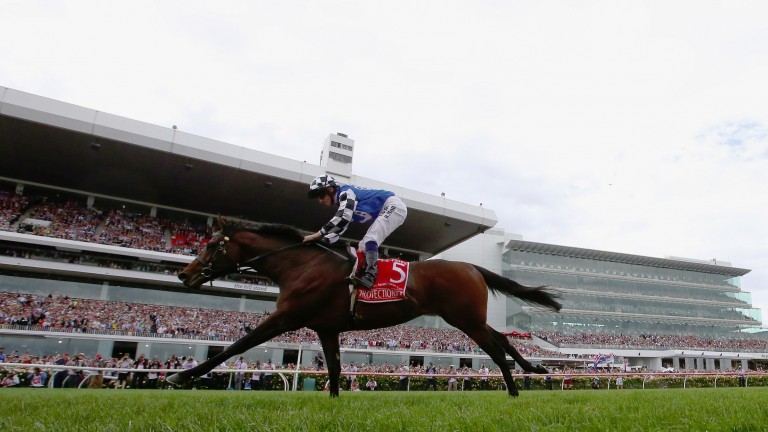 Protectionist: the 2014 Melbourne Cup was represented by his first runners this year
Robert Cianflone

Completing the three-strong roster is Millowitsch, a multiple stakes winner for Markus Klug. The now seven-year-old will stand for a fee of €1,111, payable on November 11.

The rather curious sum and condition comes from a Cologne joke as Millowitsch is named after renowned Cologne comedian and TV star Willy Millowitsch, who was closely associated with the city. In Cologne it is tradition that the carnival starts every year at 11.11am on November 11.

Rottgen’s manager Frank Dorff said: "We're delighted to welcome back Reliable Man and look forward to seeing his 94 two-year-olds - by far his biggest crop to date - run for him next year.

"Protectionist’s first two-year-olds have shown great promise and should be a different proposition at three. We believe Millowitsch offers breeders both an outcross and a horse who had real speed and was a consistent Group performer through three seasons.

"We will be supporting all three of our stallions in 2021 with our own mares."

FIRST PUBLISHED 9:30AM, NOV 21 2020
We're delighted to welcome back Reliable Man and look forward to seeing his 94 two-year-olds - by far his biggest crop to date - run for him next year