This year's July Cup winner Starman has been introduced at €17,500 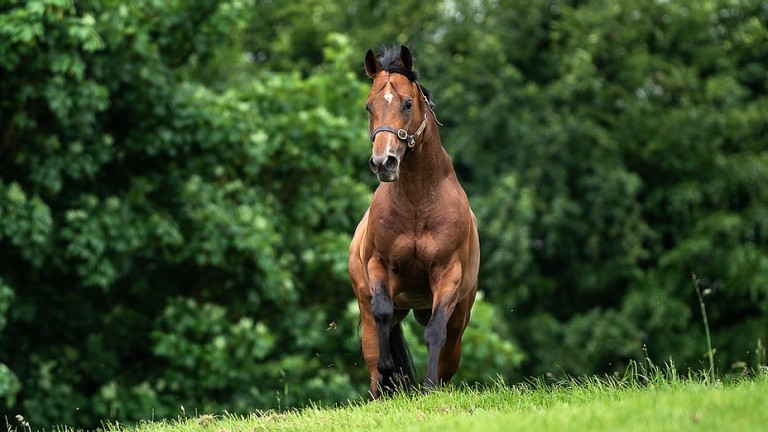 Second-season sire sensation Mehmas has had his 2021 fee doubled to a career high of €50,000 after another excellent campaign, with Tally-Ho Stud also introducing July Cup winner and top-class sprinter Starman at an opening fee of €17,500.

Mehmas, a dual Group 2-winning son of Acclamation, broke the record books with his first crop of two-year-olds in 2020 and has had another stellar year, with Del Mar Oaks heroine Going Global adding a second top-flight winner to her sire's CV.

The mighty Kodiac will remain at an unchanged fee of €65,000, having been supplied by top-flight winners Campanelle, who landed the Commonwealth Cup at Royal Ascot, and Criterium de Saint-Cloud scorer El Bodegon, as well as Oh So Sharp Stakes winner Fast Attack and Killavullan Stakes scorer Glounthaune.

The latest addition to the County Westmeath operation is July Cup winner Starman, a top-class son of Dutch Art who will stand his debut season for a fee of €17,500. 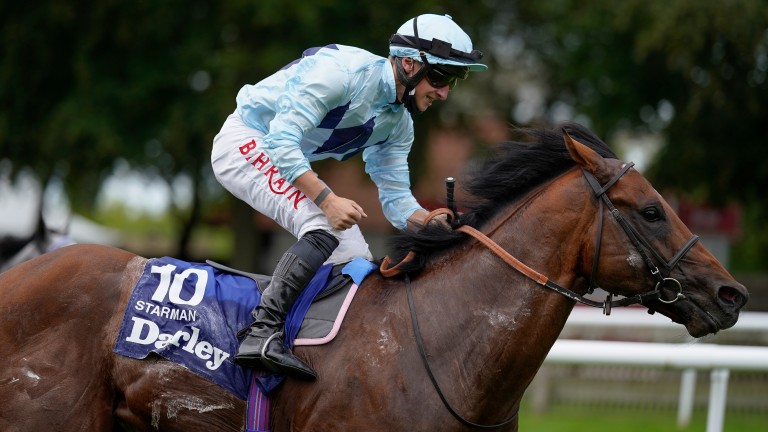 Recently crowned Cartier Champion Sprinter, Starman won five of his eight starts for Ed Walker and owner-breeder David Ward, including the Newmarket Group 1 and the Duke of York Stakes. He was also second and third in the Sprint Cup at Haydock and Prix Maurice de Gheest.

Cotai Glory, Europe’s leading first-crop sire by winners and prize-money, has had his fee increased to €8,500 from €5,000 this term.

The roster is completed by Kessaar, a dual Group-winning son of Kodiac whose first yearlings have sold for up to €100,000, and Inns Of Court, a multiple Group winner and Group 1-placed son of Invincible Spirit. The pair will stand for unchanged fees of €5,000.

FIRST PUBLISHED 10:51AM, DEC 7 2021
He has had another stellar year with Del Mar Oaks heroine Going Global adding a second top-flight winner to his CV