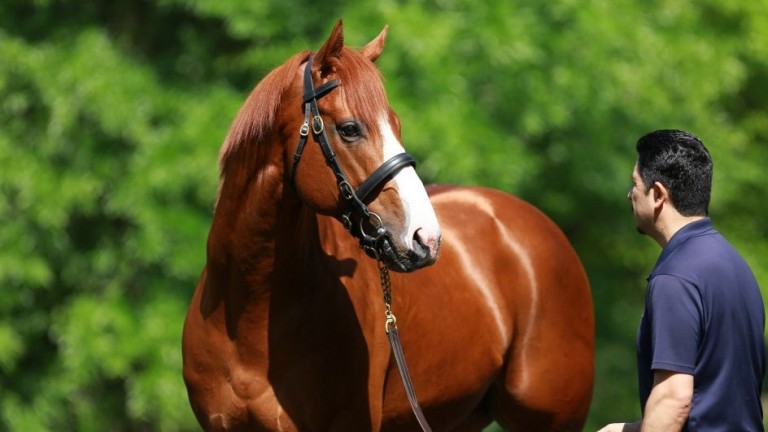 Coolmore America's Triple Crown hero Justify has had his fee slightly reduced for next year's covering season and will stand at $100,000.

Justify's first yearlings have been coming to market and he had a notable result at the recent Tattersalls October Sale when a colt offered by Baroda Stud made 450,000gns.

The operation released fees for 15 residents and the most expensive was Uncle Mo, now a renowned sire of sires, who is also trimmed a little from $175,000 to $160,000.

Caravaggio, who switched from Ireland to America and has made a smart impact with his first two-year-olds headed by the Cheveley Park winner Tenebrism, is on the up. The leading British and Irish freshman on prize-money earned is raised from $25,000 to $35,000.

Ashford's other Triple Crown star American Pharoah, who now has three crops on the ground, drops again, and will be priced at $80,000 from $100,000.

Munnings, who was responsible for dual Royal Ascot runner-up and Grade 1 winner Kimari, sees his fee more than doubled from $40,000 to $85,000 while the beautfully-bred Breeders' Cup winner Mendelssohn remains consistent at $35,000.

FIRST PUBLISHED 10:51AM, DEC 7 2021
Justify's first yearlings have been coming to market and he had a notable result at the recent Tattersalls October Sale