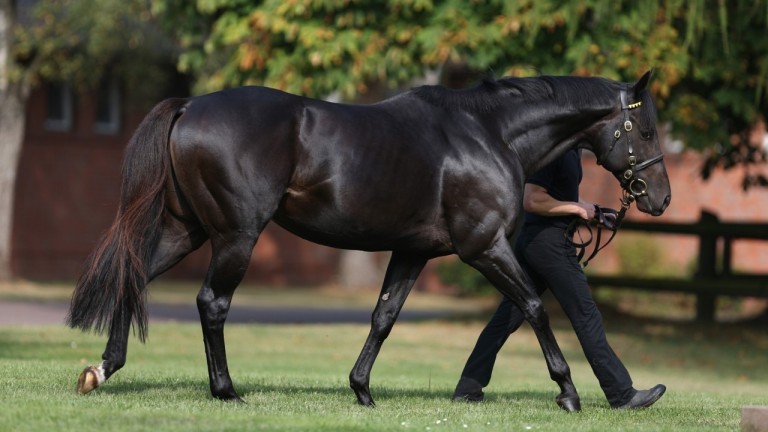 Coolmore have released the 2021 fees for their powerful National Hunt stallion roster, with the 17-strong line-up led by the likes of Crystal Ocean, Getaway, Walk In The Park and newcomer Kew Gardens.

The most expensive sire with an advertised fee is Grange Stud resident Getaway, who remains priced at €9,000 for the second successive season. The 17-year-old son of Monsun is responsible for the likes of Verdana Blue, Getabird, Danny Whizzbang and The Big Getaway.

His 2020 stores fetched up to £175,000, while he also supplied the highest-priced foal on day one of the Tattersalls Ireland November NH Sale when a brother to The Big Breakaway brought €85,000 from Timmy Hillman.

Getaway is joined on the Grange Stud roster by Walk In The Park, who spends his sixth consecutive season at a private fee.

His progeny have been in extremely high demand across a range of sales in recent weeks, with Jonbon becoming the highest priced point-to-pointer to sell at public auction when bought by JP McManus for £570,000 and the €470,000 Ginto topping the Tattersalls Cheltenham November Sale when bought by Bective Stud, while he also supplied the top-priced foals, at €82,000 and €100,000 respectively, at the Goffs and Tattersalls Ireland National Hunt foal sales. 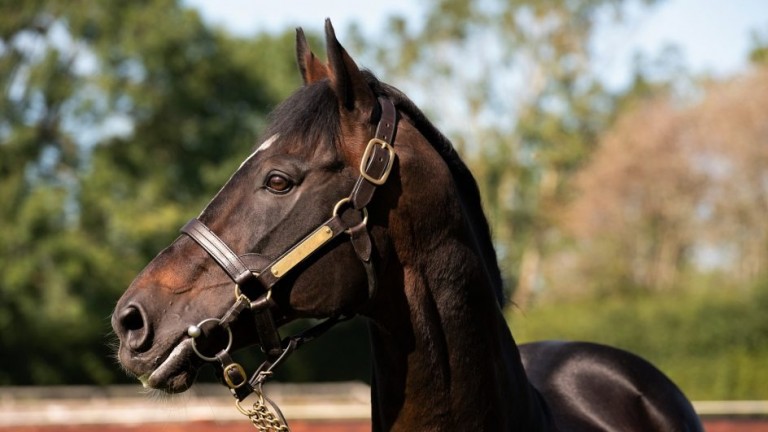 Walk In The Park: sire of Douvan and Min
Coolmore
The Derby-placed son of Montjeu, sire of top-class chasers Douvan and Min, sees his first Irish-bred crop turn four in 2021.

The Grange line-up is completed by Milan, sire of Santini, Monalee and Jezki, at €8,000, St Leger and Irish Derby hero Capri at €4,000 and Leading Light, who remains at €3,000 for the third season.

Over at The Beeches Stud, top billing is shared by Crystal Ocean and Soldier Of Fortune, who both remain unchanged at €8,000. Crystal Ocean was the busiest new retiree to stud in Britain and Ireland in 2020 with a debut book of 280 mares.

The son of Sea The Stars' popularity was further underlined at the Tattersalls Ireland November NH Sale, where the Graded performer Moskovite drew a bid of €160,000 from The Beeches Stud while in foal to Crystal Ocean.

Soldier Of Fortune, who spent four years as the most in-demand stallion in Britain and Ireland, is responsible for talents such as the Grade 1-winning Mega Fortune and the Cheltenham Festival winners Early Doors and Flying Tiger. 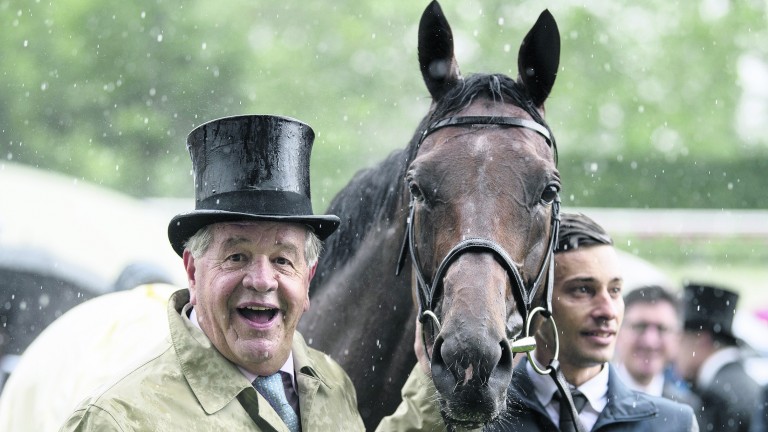 Sir Michael Stoute and Crystal Ocean after the Prince Of Wales's Stakes
Edward Whitaker
A trio of The Beeches Stud stallions will stand for €5,000 in 2021, namely Mahler, Ocovango and Derby hero Wings Of Eagles. The six-strong squad at the operation, which is run by father-son team of Bobby and Robert McCarthy, is completed by Idaho, with the brother to Highland Reel trimmed in fractionally to €3,500 for his third term on covering duty.

Leading the line at Castlehyde Stud is Maxios, who is subject to a small increase up to €7,000, having been €6,000 during his debut season under the Coolmore banner.

The regally bred son of Monsun, who spent the first six years of his stallion career at Gestut Fahrhof in Germany, enjoyed a productive season during his debut year at Castlehyde having been the most popular stallion in Britain and Ireland with a book of 298 mares.

As well as the Group 1-winning Flat performer Diamanta, Maxios has also been represented by the likes of Fred Winter Hurdle scorer Aramax and other classy hurdlers such as Wild Max and Ecco. 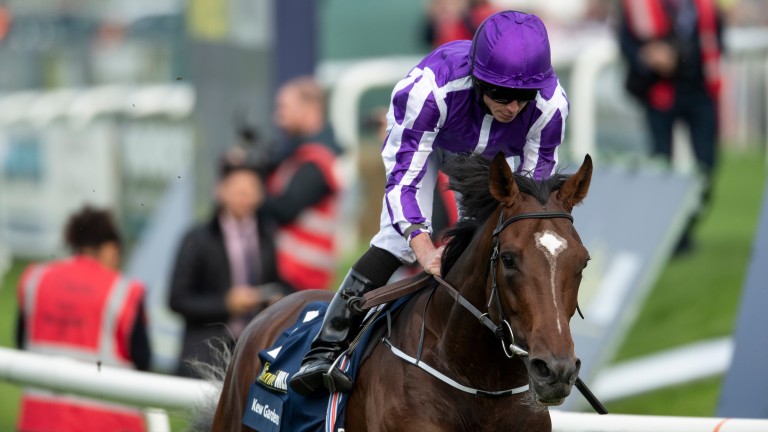 The five-year-old also saw off no less a rival than Stradivarius to land the Group 2 Qipco British Champions Long Distance Cup and boasts a pedigree that matches up to his race record, being out of the Group 1 Moyglare Stud Stakes heroine Chelsea Rose. He was bred by the world-renowned Barronstown Stud.

Another high-achieving son of Galileo on the Castlehyde roster is Order Of St George. The champion stayer, winner of the Gold Cup and two Irish St Legers, remains unchanged at a pitch of €6,500. His debut crop of foals fetched upto €90,000, with Mags O'Toole and Aiden Murphy securing the colt out of Tetou at the November NH Sale.

Castlehyde stalwarts Westerner and Yeats will stand for €5,000 apiece, with the line-up rounded off by Kingston Hill, who occupies a berth of €4,000 for his sixth year on stallion duty.

FIRST PUBLISHED 7:07PM, DEC 16 2020
Over at The Beeches Stud, top billing is shared by Crystal Ocean and Soldier Of Fortune, who both remain unchanged at €8,000