Promising first-season sire Ulysses tops the roster at an unchanged £10,000 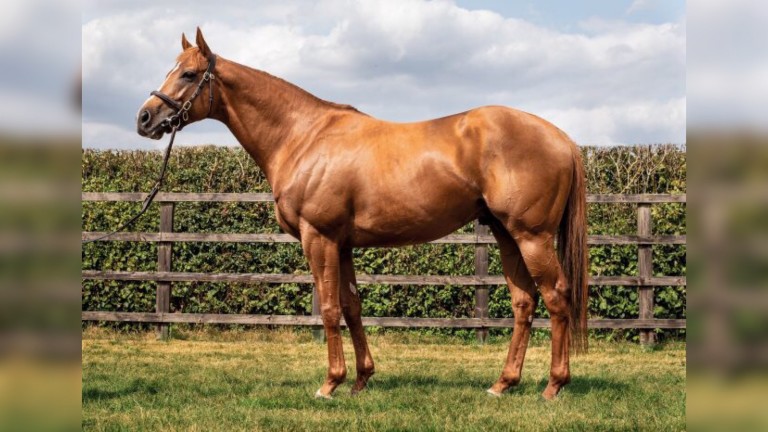 Cheveley Park Stud has released the 2022 fees for its four-strong roster, with dual Group 1 winner and burgeoning first-season sire Ulysses leading the way at an unchanged fee of £10,000.

His second stakes performer, Gwan So, although a maiden, came a close third to subsequent Prix Jean-Luc Lagardere runner-up Noble Truth in the Flying Scotsman Stakes at Doncaster, posting a Racing Post Rating of 103 in the process.

A dual winner at the highest level for Sir Michael Stoute, with victories in the Coral-Eclipse Stakes and Juddmonte International, Ulysses looks to have an exciting 2022 ahead with his first crop of three-year-olds.

Mayson has once again enjoyed a fine season, courtesy of King's Stand Stakes winner Oxted and the remarkable Sandy Lane Stakes winner Rohaan, and will subsequently stand for an increased fee of £6,000, up from £4,000.

By Invincible Spirit, the 13-year-old is one of the leading sires of sprinters in Europe and is responsible for 26 stakes performers overall, including two Group winners and eight Listed scorers.

The Newmarket stud's roster is completed by Dutch Art, who will again stand for a private fee. The son of Medicean was represented by a fourth individual Group 1 winner when Starman powered to victory in the July Cup. He is due to begin his first season at Tally-Ho Stud in 2022.

Unfortunately, who stands at Springfield House Stud in Ireland, has had his fee clipped to €3,500 from €4,500 this term. The champion two-year-old has had his first yearlings go through sales rings this season.

Cheveley Park's managing director Chris Richardson said: "Having significantly reduced our 2021 fees in response to the financial turbulence caused by the pandemic, it has been pleasing to see our stallions’ progeny performing so well on the track and in the sales ring this year.

"Once again, Mayson is one of the leading sires of sprinters in Europe, headed by Oxted and Rohaan. We believe he remains one of the most consistent and best value stallions standing in Europe.

"Twilight Son has enjoyed another excellent year, with not only two sale-toppers but also over 50 individual winners, including eight black-type horses led by Twilight Jet.

"They include two stakes performers, as well as several other promising maiden and novice winners. Without doubt there is plenty more to come and look forward to with his three-year-olds next season."

He added: "We feel our roster continues to offer outstanding value and quality and, as always, we invite breeders to contact us directly to discuss their mares’ mating plans for 2022."

FIRST PUBLISHED 10:51AM, DEC 7 2021
It has been pleasing to see our stallions’ progeny performing so well on the track and in the sales ring this year