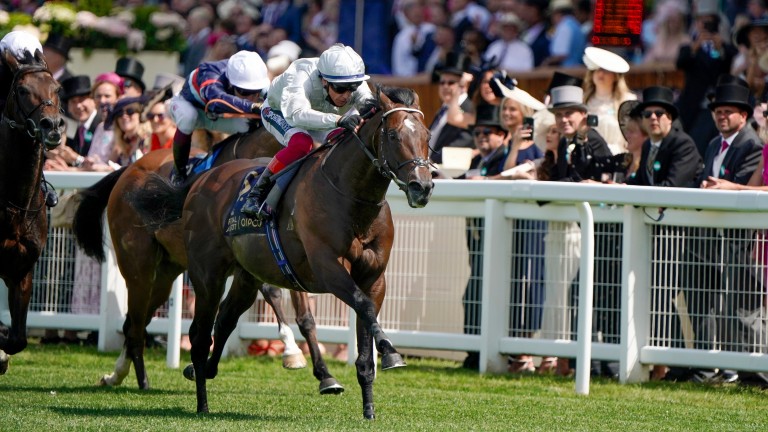 Darley's glittering new recruit Palace Pier will begin life at Dalham Hall Stud from a fee of £55,000, the same figure his sire Kingman was retired on back in 2015.

The operation is entitled to have the highest of hopes for Kingman's highest-rated son, the world champion miler who retired with five Group 1 victories to his name, having won the Prix Jacques le Marois twice, the Lockinge, Queen Anne and St James’s Palace Stakes.

Darley has two other new arrivals to announce with Dubawi's son Space Blues, who rounded off his career by winning last weekend's Breeders’ Cup Mile, to go with his prizes in the Prix de la Foret and Prix Maurice de Gheest, heading to Kildangan Stud at a fee of €17,500.

Victor Ludorum retires to Haras du Logis at €15,000. An undefeated Group 1 winner at two, he took the French Guineas to emulate his sire Shamardal.

Dubawi heads the roster at an unchanged fee of £250,000 after a campaign in which he sired an incredible 23 Group winners, 37 stakes winners and became the first horse ever to sire three Breeders’ Cup winners in the same year, through Modern Games, Yibir and the aforementioned Space Blues. 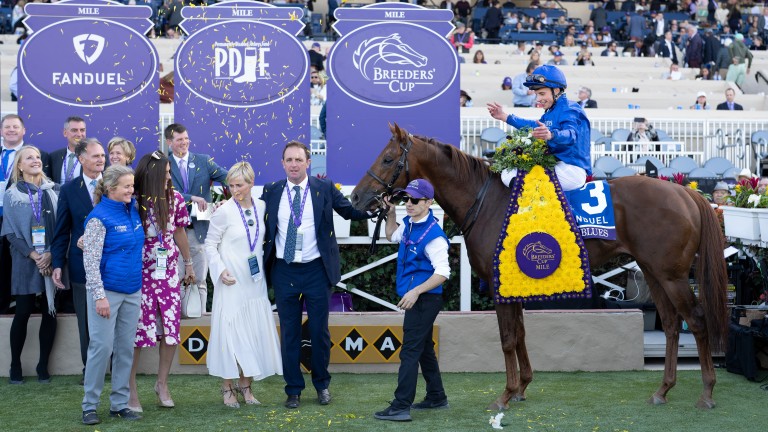 Darley has taken a cautious view overall, keeping most of its residents at the Covid-related pricepoints of 2021. The only one of its stallions to have their fee increased is Profitable, whose first crop has been led by Queen Mary winner Quick Suzy. He is nudged up to €12,500 from €10,000.

"Following last season’s three champion additions in Ghaiyyath, Earthlight and Pinatubo, together with Blue Point and Too Darn Hot in 2020, we're confident of giving breeders every chance of benefiting from the wonderfully positive sales season we've just enjoyed."