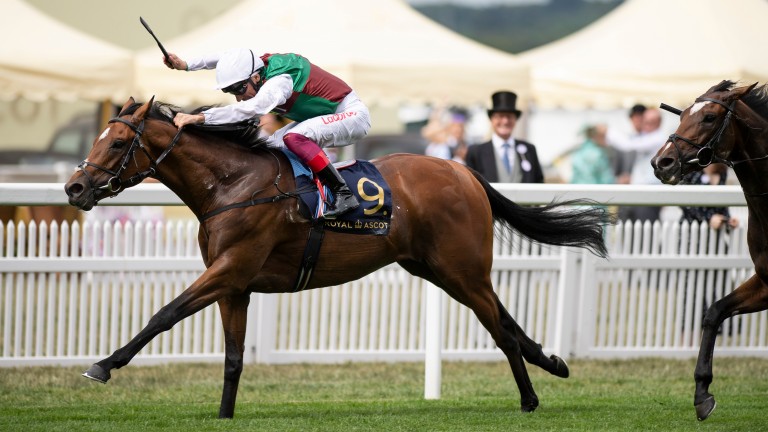 St James's Palace Stakes winner and Breeders' Cup Mile third Without Parole has been retired from racing and will stand at Newsells Park Stud, where he was born and raised, for 2021.

The son of Frankel, who was bought back for 650,000gns at Tattersalls Book 1 in 2016, was bred by John and Tanya Gunther and won his first four starts for John Gosden, culminating in a half-length success over Gustav Klimt in the St James's Palace Stakes at Royal Ascot in 2018.

The colt switched to Chad Brown's stables in the United States last year and finished third in the Breeders' Cup Mile at Santa Anita, before following up that effort with placings in the Shoemaker Mile and Shadwell Turf Mile.

Newsells Park Stud general manager Julian Dollar said: "We’re delighted to be standing Without Parole. It’s no secret that we, like virtually every other global stallion operation, chased this horse hard after his impressive win at Royal Ascot, and it's fitting he should now retire to the stud where he was born and raised.

"Without Parole is a beautiful horse with an athletic physique and superb conformation. As his race record states, he’s an out-and-out miler who possesses a great turn of foot.

"Importantly, he has a potent, proven sire’s pedigree which should offer breeders plenty of options. He’ll be heavily supported by Newsells Park and of course his Eclipse-award winning breeders, John and Tanya Gunther." 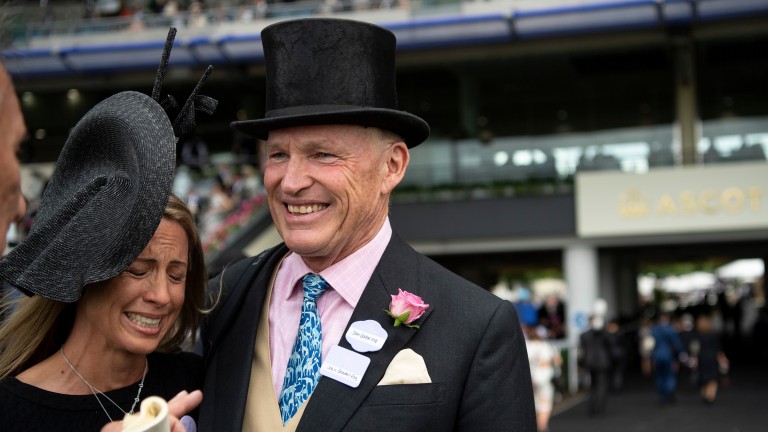 John Gunther said: "Without Parole gave me the most memorable and exciting day of my life with victory in the St James’s Palace Stakes at Royal Ascot. It was my biggest dream come true and I continue to be overwhelmed by the heart and perseverance he has shown with his racing pursuits in America.

"He has raced in 12 consecutive Grade 1s and faced myriad traffic obstructions, at times unsuitable turf conditions and he just never gives up, as demonstrated again by his third-place finish in the prestigious Shadwell Turf Mile. I love this horse and can’t wait to breed to him."

Without Parole is the fifth foal out of Lemon Drop Kid mare Without You Babe, and therefore a half-brother to Breeders' Cup Dirt Mile winner Tamarkuz. The five-year-old is also a half-brother to the multiple-winning Kingman filly She's Got You, also owned by the Gunthers.

Tapit to stand at $185,000 as Gainesway issue conservative fees

FIRST PUBLISHED 11:53AM, OCT 22 2020
Without Parole is a beautiful horse with an athletic physique and superb conformation. As his race record states, he’s an out and out miler