Bloodstock Latest BEHIND THE GATES

Jake Warren shows us around the prestigious operation 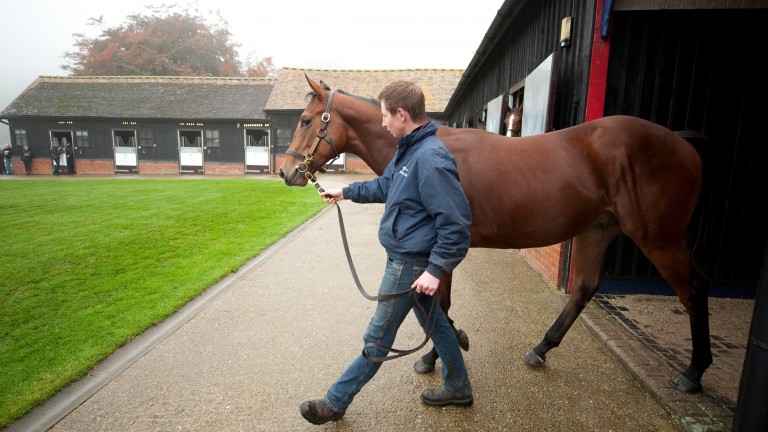 We may not be able to stroll through green pastures in the sunshine ourselves during lockdown but stud managers across Britain are coming to the rescue by filming virtual tours for us, in association with Great British Racing International.

In the second of the videos, Jake Warren takes us on a tour of the prestigious Highclere Stud near Newbury.

Jake shows us a host of beautifully bred mares and foals, including those by Churchill, New Approach and No Nay Never, and some exciting yearlings - among them a Dubawi colt out of Moyglare Stud Stakes winner Intricately, a Highland Reel half-brother to Palace Pier and an Almanzor half-brother to UAE Jewel.

We also get to see a number of foals with flashy pedigrees and get the lowdown on Highclere Stud's new stallion Land Force.

The videos have been posted on the GBRI Twitter account individually all week. Starting from Monday, April 20, the National Stud in Newmarket will be showing off some of their blue-chip stock.

Thanks to Jake for filming the videos while adhering to government rules on social isolation on the farm, and we look forward to eventually seeing all the foals and yearlings on camera on the track, showing the benefit of their nursery education at Highclere Stud.

FIRST PUBLISHED 8:11PM, APR 19 2020
We also get to see a number of foals with flashy pedigrees and get the lowdown on Highclere Stud's new stallion Land Force