Speed, stamina and a son of a teaser: sires for all seasons at Saint-Arnoult 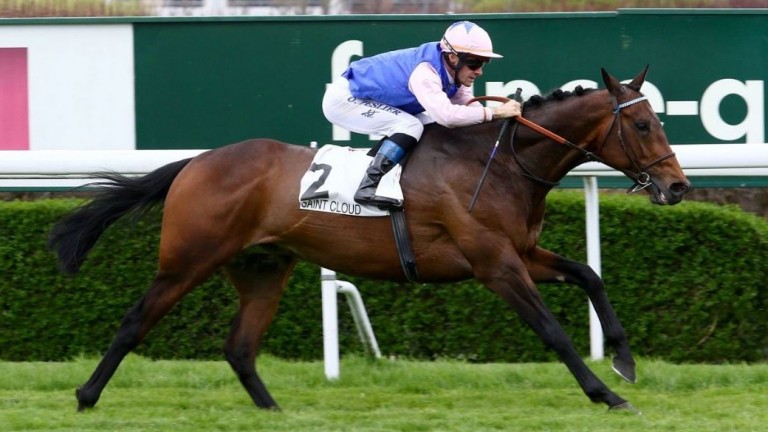 You've all heard the one about the stakes winner who started nearly favourite for the Melbourne Cup but who was actually the son of a teaser stallion.

And you might have come across the horse narrowly beaten in the German Derby whose owner went to court in search of justice.

Less likely on your radar is the promising son of Scat Daddy whose career with Todd Pletcher was cut short by injury before his Gaelic name had the chance to become the bane of US racecourse commentators’ lives.

As a former television journalist and producer, Larissa Kneip certainly knows a good story when she hears one.

But the collection of stallions she has assembled at her picture-postcard Haras de Saint-Arnoult have a great deal more to recommend them than merely eclectic backstories, however much that aspect might appeal to her.

“Life is too boring in general, so that’s what the horses are good for, to make your life less boring,” says the Luxembourg native. “Horses are sometimes stressful but stress is better than boredom.”

Kneip has built a reputation as a stallion manager focused on speed and precocity, a definite gap in the French market when she first got going around the turn of the 21st century’s first decade.

That vision also fitted with her other activities as a breeder and consignor of yearlings with a thriving breeze-up business.

But it might just be that people will need to move her out of that particular pigeonhole should one or more of the new arrivals at Saint-Arnoult prove a hit.

Dschingis Secret and Seabhac were new for the 2019 season at the stud near Exmes in southern Normandy and both might have caused more of a buzz in most years, but for that extraordinary crop of French freshmen. 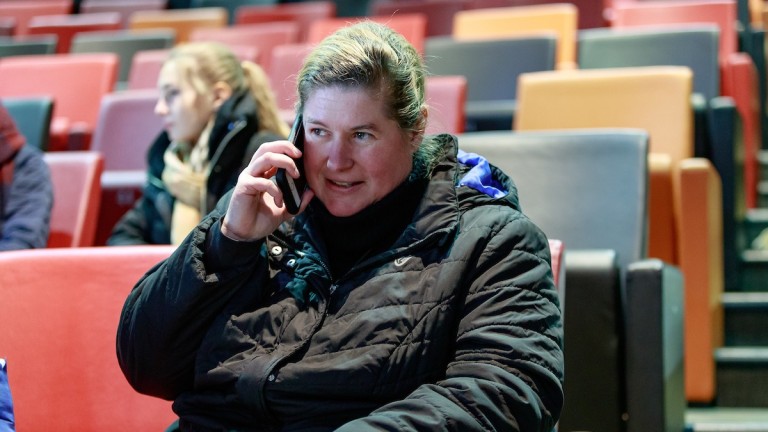 To the excitement of their first foals this year has been added another new stallion in Tiberian, who offers rare bloodlines courtesy of his own sire, Tiberius Caesar, and who Kneip hopes can find a niche with jumps breeders as well as those on the Flat with time and patience on their side.

Dschingis Secret starting out in France might be exactly the right outcome – the owners of Reliable Man felt a lack of high-quality mares in Germany could hold their young stallion back – but it was rancour that persists to this day with that country’s racing authorities which caused owner Horst Pudwill to look abroad.

To recap, Pudwill has waged a one-man crusade through first the Direktorium and latterly the German courts, in an attempt to have Dschingis Secret instated as the winner of the 2016 Deutsches Derby, having been narrowly denied by two horses whose jockeys both received hefty whip bans.

The case almost immediately caused the country to radically change the penalties handed out to riders in breach of the rules and left Pudwill determined to look elsewhere when it came to finding a home at stud for the highest-rated son of Soldier Hollow, a six-time Group winner who counted Hawkbill and Cloth Of Stars as victims during a fine four-year-old season.

Kneip says: “Mr Pudwill’s manager, Bernd Dietel, has had a couple of mares with me for a long time. He asked for advice as to where they could stand the horse in France. I said to him, ‘If you don’t mind me saying so, I have a few stallions which I manage quite successfully. I would like to suggest my own farm.’

“They came over and liked the surroundings and infrastructure and they decided it would be a good idea.

“They bought another 28 mares on top of the two they had, some with very good pedigrees. They included Graciously, who was the top price at the Arqana February sale last year, a €500,000 daughter of Shamardal and who was in foal to Invincible Spirit. He’s getting the support he needs from his owners.”

With such backing Dschingis Secret already has plenty going for him but, in a bid to attract more outside support, his ownership company (which includes Dietel and his breeders, Gestut Park Wiedingen), has launched an ambitious programme of premiums for both Flat and jumps breeders, with up to €100,000 available to each of his next three crops.

Dschingis Secret offered the opportunity to bring a type of horse to Saint-Arnoult previously out of range, given not just his rapidly rising sire and his fine race record but also a dam who, in the words of Kneip, “throws only black-type performers”.

Tiberian may not have such starry parentage but he is another who could not be further from the stereotype of previous inmates here.

An excellent performer from a mile and a half to two miles, he took his happy band of owners around the world, picking up a pair of Group 3s and the Group 2 Grand Prix de Deauville en route to Flemington and Sha Tin under the guidance of Alain Couetil.

And while potential clients may not have a lot to go on in terms of the genetic inheritance of his teaser-stallion father, Tiberius Caesar, at €2,200 he is being pitched at a jumps sphere where such exotic origins may be a real positive.

“I think he could be a very interesting National Hunt stallion because there are so many mares from the lines of Sadler’s Wells, Cadoudal and Monsun in France, all with great jumping pedigrees,” says Kneip.

“You’re really starting at a bit of a loss as to where you can send those mares because most of the stallions are from the same lines and there is starting to be a lot of inbreeding. He’s a complete outcross to all these good female jumping lines, he has the conformation and is tall at 1.67m or over 16.2hh.”

Kneip was helped in her decision to stand Tiberian by friendships of varying lengths with his owners, Julian Ince, Heiko Volz, Stefan Falk and Haras de la Gousserie’s Kamel Chehboub.

But while a predominantly jumping prospect is certainly a departure from the likes of Stormy River and Sommerabend – who she describes as “proper cash machines” – Kneip still needs to know what buyers will be interested in.

“We have a great market for British and Irish agents buying mostly foals to sell on as store horses,” she says. “Of course they want to buy them pretty cheaply and if you have a big nomination fee you need to make more on the sale just to get your feet back on the ground.

“The agents are looking for good-looking horses and Tiberian could be interesting because among the few offspring of Tiberius Caesar, they are all tall and well-boned. If he transmits the same qualities, along with a very interesting German pedigree on the dam’s side, I think that will attract those agents.”

It will be a while until any of us knows whether the hopes invested in Dschingis Secret and Tiberian can be fully realised.

But there is another second-season inmate at Saint-Arnoult who might be ready to make a splash sooner rather than later.

As a physical specimen it is easy to fall for the charms of Seabhac (pronounced Shoke), a 1.70m near-black son of Scat Daddy whose first foals may be ready to view by the time the Route des Etalons rolls into town.

His all-too-brief racing record as a two-year-old showed plenty of promise, as he finished respectably close up behind future multiple Grade 1 winner Catholic Boy on only his second start before landing the Grade 3 Pilgrim Stakes at Belmont on his only other appearance (all three runs came on turf).

Add to that a dam who is a half-sister to Preakness and Belmont hero Afleet Alex and it is not hard to see why he was viewed as a stallion prospect, despite never getting back to the track at three.

“He covered 80 mares in his first year, so we’re looking at 70-plus foals,” says Kneip. “He’s been syndicated and a lot of good breeders bought a share and sent him decent mares.

“I can’t give him the same level of support that the owners of Dschingis Secret can but I have bought some mares with interesting pedigrees. The breeders have sent exciting young mares and hopefully we’ll get lucky and have a very good first generation of two-year-olds next year.”

She adds: “We’re very excited to see his first foals. We made a video to promote him when he came over as a three-year-old and was just out of training, but having just turned five now, he has become a strapping dark bay, almost black horse.

“Yet he still moves in a light way and has an excellent character. He’s easy to deal with and I must say he’s a favourite of mine.”

Saint-Arnoult is a house of many talents, thanks to Kneip’s multitasking – she has taken out a training licence in order to exploit those two-year-olds who fail to catch the buyers’ eyes at the breeze-ups, and also acts as an agent – and there has to be a decent chance that its reputation as a stallion station is about to take a step forward.

This article first appeared in our pullout guide to the Route des Etalons, the Normandy stud tour taking place on January 18-19. To read the supplement online, simply click here

FIRST PUBLISHED 3:00PM, JAN 18 2020
Seabhac still moves in a light way and has an excellent character. He’s easy to deal with and I must say he’s a favourite of mine