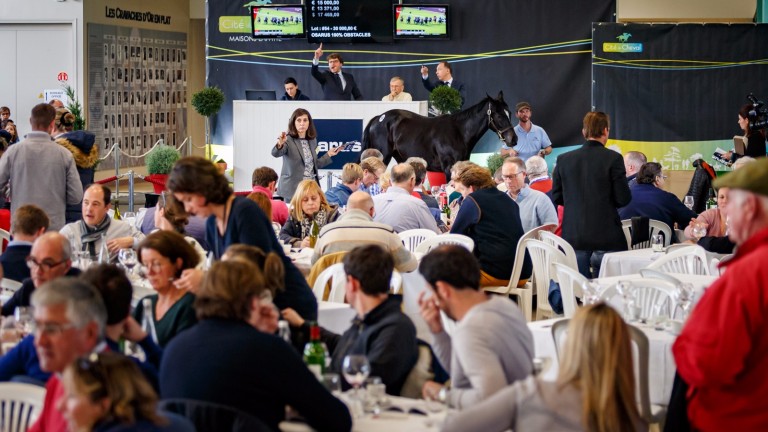 Haras du Saubouas is seeking a fifth successive top-lot success at the Osarus Breeze-Up Sale at La Teste-de-Buch on Wednesday.

Of the 74 two-year-olds on offer, the vendors from south-west France are set to breeze three lots.

Spiritofsaintlouis (Lot 80), by second-season-sire Anodin, is a half-brother to Beverley Bullet winner Mister Hughie, while Saubouas' other entry by Anodin, Night Of Love (42), is a half-sister to Hello My Love, who was placed in the 2016 renewal of the Group 2 Prix Daniel Wildenstein. Completing the stud's three-pronged attack is an unnamed colt by Lawman, out of lightly raced Dalakhani mare Panja (87).

While Saubouas will be hoping for a good couple of days, the sale's largest consignor, Yann Creff, is another on the hunt for success. Out of his strong contingent, the most promising looks to be a Le Havre colt (41) out of the Listed-placed Dansili mare Changeable. Creff is no stranger to this sale, having consigned last year's second top lot, a €90,000 Dark Angel filly out of the Barry Hills-trained Shazana, a daughter of Shareef Dancer.

Ecurie la Frenee, meanwhile, offers eight lots headed by a Makfi half-brother (61) to the Listed-placed Hyper Hyper out of a half-sister to Falmouth Stakes scorer Giofra, and a Nathaniel filly (93) out of the Listed-placed Rime A Rien.

Elsewhere, the sale will allow the industry to gauge whether the popularity of Haras de Bonneval stallion Siyouni, who has three lots to his name, remains steadfast among European buyers and whether sophomore sire Sea The Moon can build upon the excellent, and somewhat surprising start he made with his first crop of two-year-olds. Lot 49, consigned by Haras de Saint Arnoult is his sole representative.

FIRST PUBLISHED 4:59PM, APR 9 2019
While Saubouas will be hoping for a good couple of days, the sale's largest consignor, Yann Creff, is another on the hunt for success