So You Think gets his first Group 1 winner 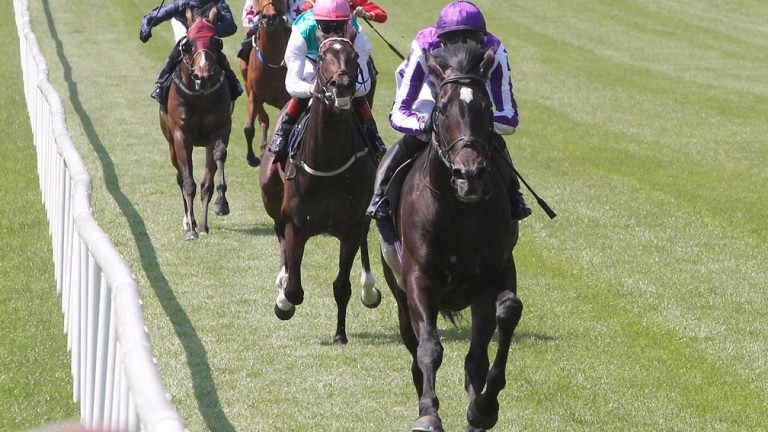 Coolmore's first-season sire So You Think was represented by his first Group 1 winner in New Zealand on Saturday when his daughter La Diosa landed the Group 1 NZ 1,000 Guineas at Riccarton Park.

Trained by Mandy and Matt Brown, the filly was settled in the pack before coming wide into the home straight and pulling clear to win easily by one and a half lengths.

Bred by the T W Archer Trust, La Diosa is one of eight winners for her dam the Group 2-winning Star Way mare Star Affair. She is a half-sister to the Group 3 scorer Solid Billing and to Listed winner Thy.

Further back it is the family of Group 1 heroine The Jewel, who also won the New Zealand 1,000 Guineas in 2002.

So You Think, a ten-year-old son of High Chaparral, was trained by Bart Cummings in Australia to win five races at the highest level including back-to-back editions of the Cox Plate.

After the Coolmore partners bought a majority share in the colt in 2010, Aidan O'Brien trained him to win five Group 1 races including the Prince of Wales's Stakes on what was to be his last start.

He is also the sire of Group 2 scorer Gold Rush and the Listed-placed performers Inference, Kaching and So Si Bon. While in France he has been represented by the winning duo Neguev and Marathon Man.

FIRST PUBLISHED 7:48PM, NOV 12 2016
So You Think, a ten-year-old son of High Chaparral, was trained by Bart Cummings in Australia to win five races at the highest level

Fully booked Wootton Bassett to stand for A$71,500 as Coolmore releases fees