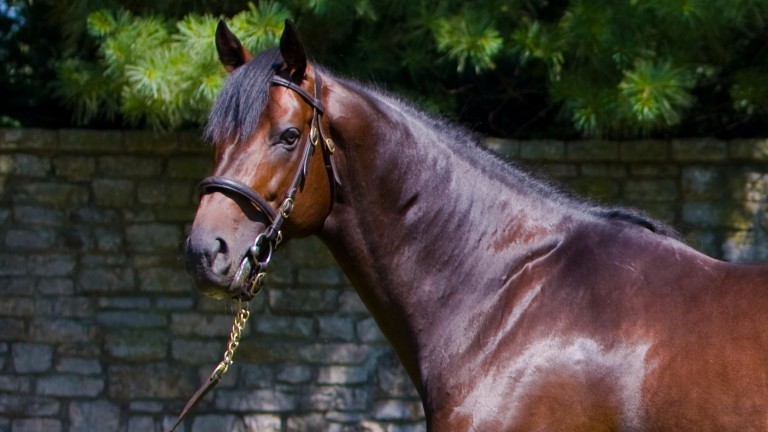 The All-Weather card at Dundalk on Wednesday offers an early glimpse of a two-year-old from the final crop of Scat Daddy, with the filly Skitter Scatter set to make her debut for trainer Patrick Prendergast.

The late, lamented Scat Daddy established himself as one of the foremost sources of precocity and pace over the past five years and boasted a particularly strong record at Royal Ascot.

His standout runners in Europe are Acapulco, Caravaggio, Lady Aurelia, Mendelssohn, No Nay Never, Seahenge and Sioux Nation, while his Grade 1 winners at home in North America include Celestine, Daddys Lil Darling, Harmonize, Lady Of Shamrock and Nickname.

Scat Daddy was also the sire of numerous top-class horses in Chile from his shuttling missions to South America.

Agonisingly, he dropped dead in his paddock at Ashford Stud in Kentucky in December 2015, just after his fee for the following season had been ratched up to $100,000 from $35,000.

Scat Daddy left a final crop of 147 foals born in 2016, now aged two, and unsurprisingly there was fevered interest in those who sold as yearlings last year, with 51 sold for an average of $334,216 at Keeneland in September including two who made seven figures – a $1.1 million colt sold to Coolmore and a $1m filly who went the way of Phoenix Thoroughbreds.

The sire's runner at Dundalk on Wednesday is, however, a homebred.

Skitter Scatter will carry Anthony Rogers' silks, having been bred by his Airlie Stud in partnership with Three Chimneys Farm.

She is a half-sister to Data Dependent, a winning daughter of More Than Ready who was a length second to the Scat Daddy filly Daddy Is A Legend in the Grade 3 Jimmy Durante Stakes at Del Mar at two last year.

Her dam Dane Street, by Street Cry, was a dual 1m2f winner at Leopardstown and Fairyhouse and is a half-sister to Dewhurst Stakes winner Intense Focus. Further back it is the family of Group 1 heroes Sholokhov and Soldier Of Fortune.

In a field full of debutantes, Skitter Scatter is not the only one who catches the eye on pedigree. Jim Bolger's entrant Smart Flies is a Dawn Approach half-sister to Group 3 Round Tower Stakes winner Smash Williams out of a winning sister to Irish 1,000 Guineas heroine Saoire.