Sizing John's half-sister off the mark at Chepstow 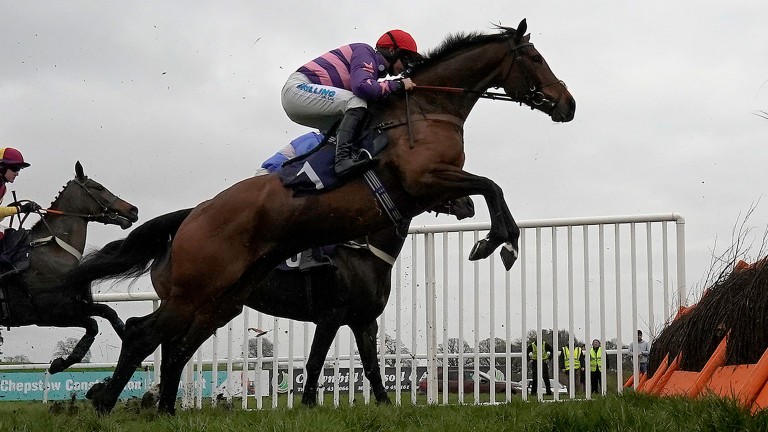 This season did not see the belated return to the track of former Cheltenham Gold Cup hero Sizing John but his breeder Bryan Mayoh was more than compensated by the Chepstow victory of the champion’s half-sister Deadringerforlove.

Shropshire-based Mayoh, a Thoroughbred Breeders’ Association board member and regular Racing Post contributor, has kept the five-year-old mare in a partnership and put her in training with Harry Fry.

The daughter of the late Black Sam Bellamy had shown minor promise in three bumper starts and showed the benefit on her first opportunity over obstacles in the Faucets Introducing Intelligent Care From Rada Mares' Novices' Hurdle, wandering around and bunny-hopping the final flight but still managing to win by three and a half lengths.

Mayoh and former wife Sandra produced the family from La Perrotine, who was bought privately from trainer Howard Johnson at the Doncaster November Sales in 2006. Prior to the Jessica Harrington-trained Sizing John, who carried all before him in four Grade 1s in 2017, she bred Tom Symonds’ bumper and hurdle winner Scholastica.

Mayoh has continued to breed from La Perrotine, who is now in her 19th year. Among her offspring is an unraced six-year-old half-brother by Schiaparelli, French Steps, who is currently registered as with Harrington, while she delivered a four-year-old full-sister to Deadringerforlove named along the similar Meatloaf-inspired line in Anythingforlove.

There is also a yearling colt by Shade Oak Stud’s Telescope, who was bought for £40,000 by JD Moore and Nick Brown Racing at Goffs UK in January.