Son of Galileo retired to stud in 2009 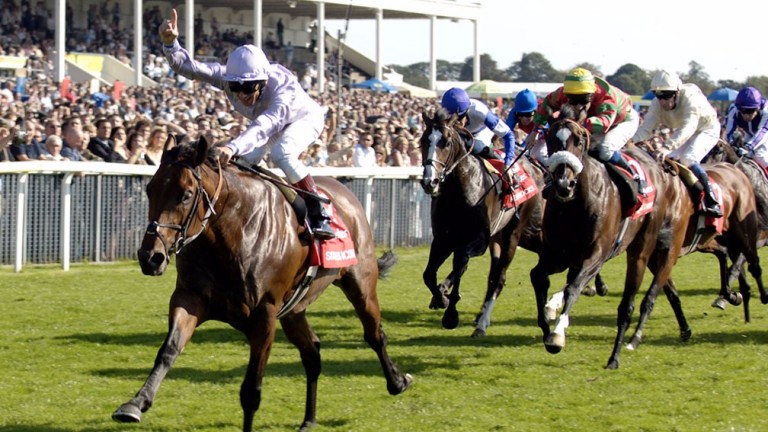 Sixties Icon, the 2006 St Leger hero, sired his first top-level winner since retiring to stud in 2009 when Sixties Song landed the Group 1 Gran Premio Carlos Pellegrini at the Hippodromo San Isidro in Buenos Aires on Saturday.

One of the outsiders of the 15-strong field, Sixties Song came with a withering late run under jockey Juan Cruz Villagra to claim the lead close home, eventually seeing off runner-up Puerto Escondido by a short neck.

Bred by Haras Firmamento, the three-year-old colt Sixties Song is out of the Unbridled's Song mare Blissful Song, who shares her page with the likes of Grade 1 winners Theatrical, Paradise Creek and a familiar name in the shape of Group 1 Coral-Eclipse, Dubai Duty Free and Champion Stakes hero David Junior.

Sixties Icon, who first shuttled to Haras La Pasion in Argentina in 2012, has just returned from southern hemisphere covering duties to Norman Court Stud in Wiltshire, where he will stand the 2017 breeding season at a fee of £5,000.

Saturday's success comes on the back of a fruitful domestic campaign for the son of Galileo, having already supplied the likes of Grade 2 winner Nancy From Nairobi, Group 3 winner Epsom Icon and the Group 3-placed Harrison.

FIRST PUBLISHED 2:19PM, DEC 18 2016
One of the outsiders of the 15-strong field, Sixties Song came with a withering late run under jockey Juan Cruz Villagra to claim the lead close home